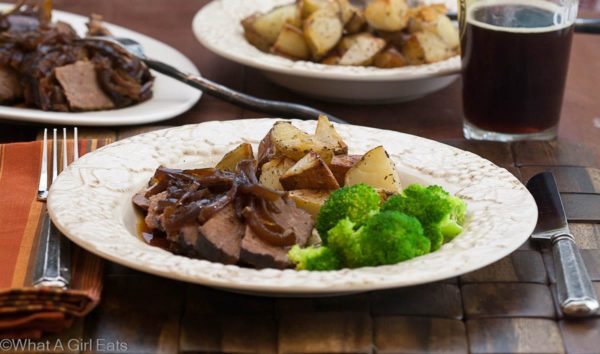 Last week 13 year old McKenna Pope made national news when she petitioned Hasbro to make their Suzy Homemake Easy Bake Oven more gender neutral, so that little boys, like her 4 year old brother, would feel comfortable playing with it. Indeed! “Boys” have been playing with food for a heck of a lot longer than women. In my kindergarten class, the little boys love to play in the kitchen, just as much as the little girls like to play with the blocks and Lincoln Logs.
When I went to cooking school in 1983, 75% of the students were men. There was not one woman chef on the teaching staff. It was assumed that we “girls” were there to hone our man catching skills, and were never given as much stove time as the guys. Fast forward 30 years, and more guys than ever are cooking at home. And conversely, more women than ever are professional chefs. 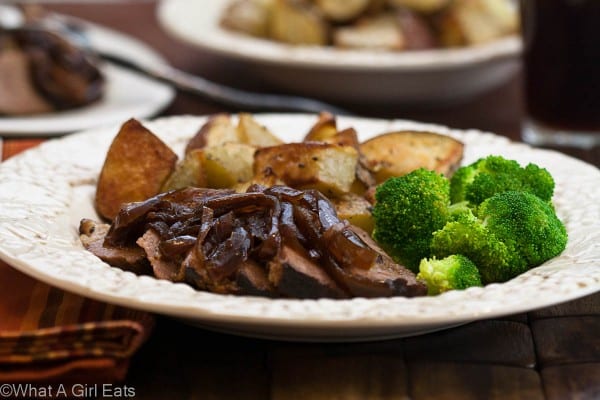 I could never have married a guy who was strictly a “meat and potatoes” kinda guy. I like to cook a variety of foods and need someone with an adventurous palate. Fortunately, my husband tells me frankly if he likes something or if he can give it a miss. A couple days ago, I was rubbing beef brisket with spices to give it a chance to marinate overnight, when Spencer came in. “Is that meat?” he asked. “Meat, like beef?” We don’t eat beef more than a couple of times a month, so his eyes lit up. “When do I get to eat it?” No matter how adventurous a man is, they do love meat and potatoes. I think it’s a guy thing.

I got this blackstrap molasses brisket recipe from a high school friend, Paul Moore.

Paul is a professional photographer and has a photography blog called Visionists. He also happens to like to cook. And judging from his posts on Facebook, he regularly cooks huge quantities of “guy food” for his son’s high school rowing team. Did I mention he is a photographer…a food photographer? Talk about intimidating!

When I first started my food blog last year, he messaged me and gently told me my pictures were, “pretty bad“, and gave me a few pointers to improve my shots. By now, everyone who has a food blog knows the first cardinal rule of food photography, DON’T EVER USE A FLASH! NEVER! EVER! I still have a lot to learn, but I have obliterated all of the first really horrible flash shots from my site. If you want to see what real food photography looks like, check out Paul Moore Studio. 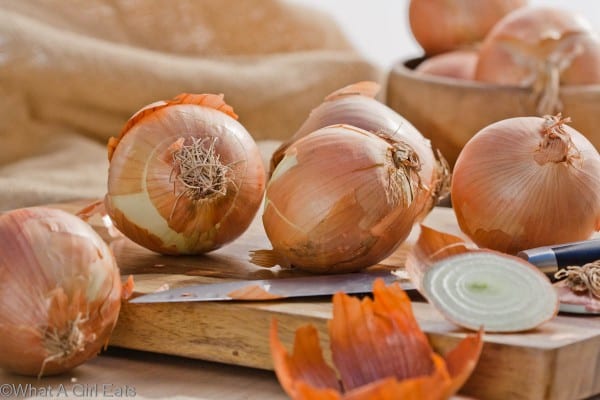 Don’t skimp on the onions!

When he posted a photo of his Blackstrap Molasses Brisket on Facebook, there was a lot of buzz in the feed about his”man food“. All the guys were salivating. Naturally I wanted the recipe. He kindly typed it up and posted a link. I’m guessing, if he’s like most people who love to cook, he probably developed this brisket recipe by throwing a little of this and a little of that into a pot until he came up with the right flavor. While Paul says he cooks his molasses brisket all day long in a slow oven, I was hoping I could throw it all in a crockpot, since everybody loves a good crockpot recipe.

I chose to try a 2 lb. brisket, since it was my first time, “just in case”. That was a big mistake, it was so delicious, there was only enough left for 2 lunches. Second mistake was not making enough onions. The onions and the broth were so good, I could have made a meal of just the onions. Seriously. It was like French Onion Soup on steroids, er…testosterone! Don’t skimp on the onions! 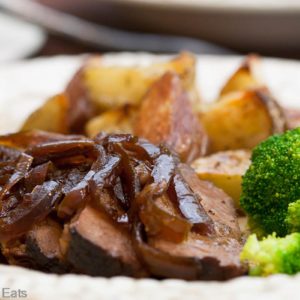