Five spice turkey with sticky rice is an Asian inspired Thanksgiving meal that your family will love! 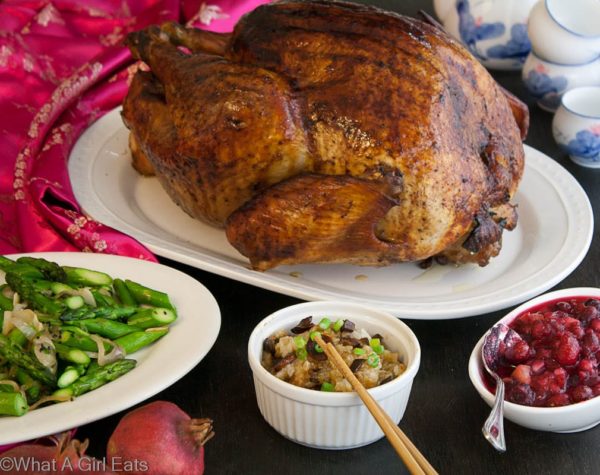 Thanksgiving is probably my favorite holiday, I think because it’s the least commercial, if you don’t count the occasional giant, blow-up lawn turkey.
There are no gifts to exchange and minimal decorating. It’s also one of the few secular holidays that we celebrate together as Americans. 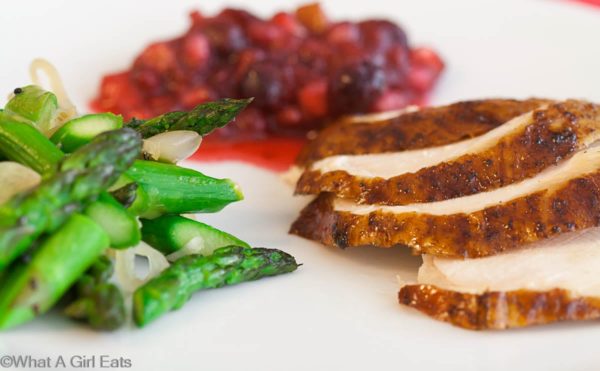 I’ve been thinking about doing a Chinese inspired Thanksgiving for several years. I started an English Conversation class for Chinese speakers at my church about 5 years ago. That’s when I met and , coerced Angela, who speaks fluent Cantonese, to help me. Angela was born in Hong Kong, raised in London but has lived in the US since she was 18. Her parents owned Chinese restaurants in both London and LA. 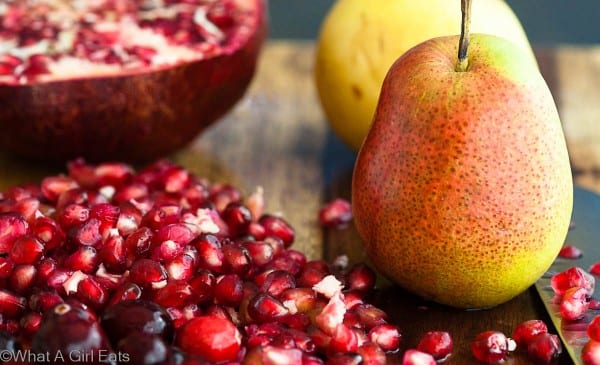 The first Thanksgiving of the class, the women were particularly interested in how to cook turkey, and what to serve with it. Most had never roasted a bird before. I’d never really thought about how others celebrated Thanksgiving.

I guess I just assumed that the whole country ate pretty much the same thing…Turkey, stuffing, potatoes, cranberry sauce and a vegetable of some sort. I asked Angela, who’s been an American citizen for nearly 30 years, what she served on Thanksgiving. Instead of traditional bread stuffing, Angela makes her mother’s Sticky Rice with Chinese Sausage and Mushrooms. 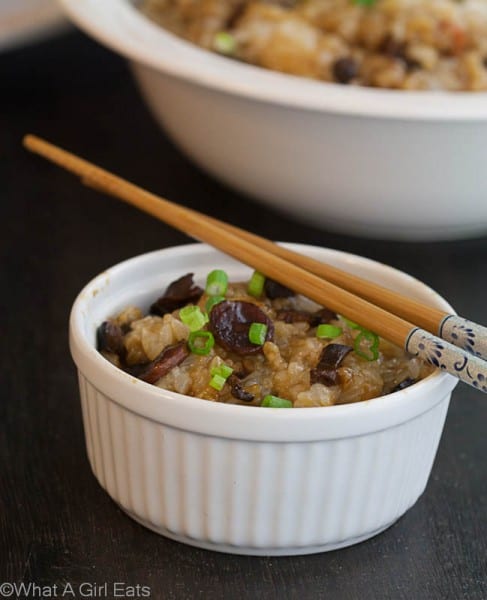 A couple of days ago Angela showed up with a jar of  her husband, Andy’s, homemade Chili oil for me and a box of char sui bao, for Sophie’s birthday. We once again discussed our Thanksgiving menus.

I shared my idea to make an Asian inspired Thanksgiving with her Sticky Rice and a Five Spice Turkey.

I just happened to have the freebie turkey ready to cook the next day. So Angela rattled off her mom’s Sticky Rice recipe, adjusting the amounts in her head. Because she’s been making it so long, there isn’t a recipe. The only difference is that Angela makes it for her huge extended family so she uses 24 cups of sweet rice and 4 lbs. of Chinese sausage! I wanted to make a slightly smaller amount.

The next day Angela gave me a little care package of all the ingredients I would need. Most major cities have Asian grocery stores where all these products can easily be found. I needed a cranberry sauce that would go with my Five Spice Turkey, so I pretty much gathered what I had lying around, a pomegranate, a couple of ripe pears and some ginger. Just a few minutes on the stove for Cranberries with Ginger, Pomegranate and Pears.  Any kind of stir-fry veggies would be fine. Asparagus with Garlic and Shallots was my choice.

I start cooking my turkey breast side down, allowing the thigh juices to run to the breast. I find it keeps it much moister.

What do you think of this five spice turkey recipe?? 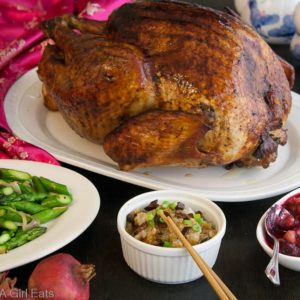 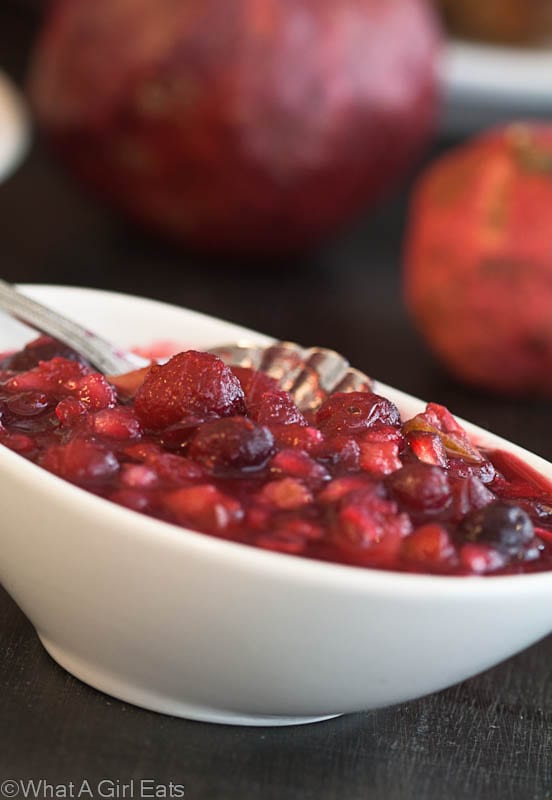 Cranberries with Ginger, Pomegranate and Pears.

Your five spice turkey needs this cranberry side dish! 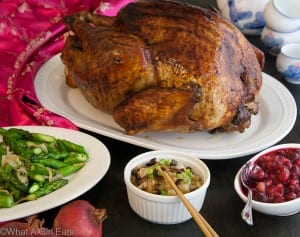 Cranberries with Ginger, Pomegranate and Pears 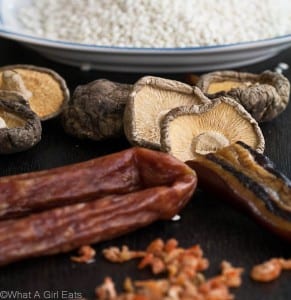 Sweet rice, dried black mushrooms, Chinese sausage and bacon, dried shrimp. This is the amount I used for 3 cups of dried rice.

Don’t forget the sticky rice to go with your five spice turkey! 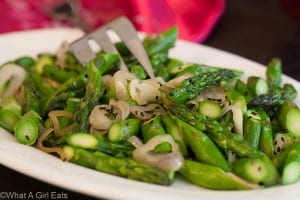 Stir-fry Asparagus with Shallots and Garlic.

Stir-Fry Asparagus with Shallots and Garlic