Jim Tavare,”Mr. Krepps” and me.

Once again it’s summer and  I have the privilege of being able to be an extra on the beautifully done independent mini-series, Courage, New Hampshire. Creator, writer and  producer, James Patrick Riley, tells the story of Pre-Revolutionary America on the verge of change. 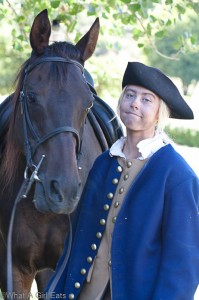 James Riley has not only poured his heart and soul into this series, he has also funded most of the episodes himself, and has only recently turned to indiegogo, in an effort to fund this, and future episodes. Click here for more information on how to watch this series or learn more about Courage. 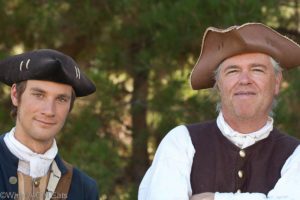 Episode 4, titled “Ambition” features a “muster”, or gathering of the troops, with a country fair feeling, complete with goats and horses, fife and drums. 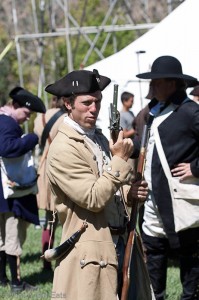 Men were in high demand this episode, and a group of Revolutionary Re-enactors joined the shoot to uh, “shoot”. 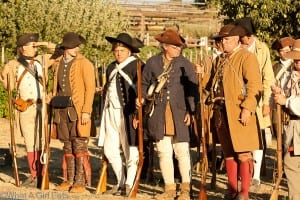 Jim Riley has hired talented actors who all do splendid work. Basil Hoffman, most recently in “The Artist” has appeared in many episodes. Jim Tavare, from “Harry Potter and the Prisioner of Azkaban” joined this epsiode. 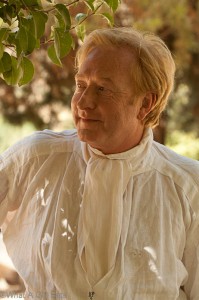 What keeps me coming back, is not only quality of the production, but the dedication of the Riley family to making a quality series. Every family member has a role to play on this show, from camera, sound and editing to lighting, acting and craft services. Last time I was at Riley’s Farm, I followed Jose’ as he made a Riley’s Farm apple pie. Here’s that video and me in my costume. 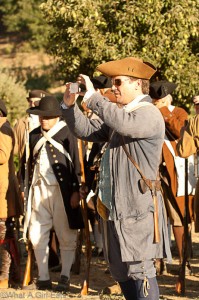 Everyone pitches in and the Rileys make everyone from actors to extras feel as though they are an integral part of Courage. We always feel welcome and part of the “Courage Family”. 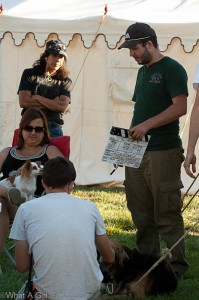 Executive Producer, Jonathon Wilson,  and my friend, Producer, Frances Mena, give me free rein with my camera, and love to weave through the set watching the magic happen. 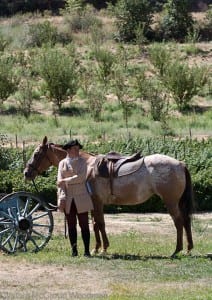 The highlight of the two days I was there, was the final hour, the firing of the guns. The light was fading, 1st AD, Mike Lewis, was visably nervous, “Just minutes left!” he said. Director of Photography, Drew Gayner, worked quickly as possible to re-set the dollies as Brendon Nagle measured the remaining light with his fingers. Firearms expert, Jon Harmon, had doled out three rounds to each patriot with a gun. Three chances to fire. Three chances to shoot the fire. The mountains in Oak Glen are high…4,500 feet above sea level with mountains abutting the valley to the West blocking the sun sooner. Jon, rehearsed the men and two girls, (who were made up to look like boys because they had firearms experience) The first round went off perfectly. 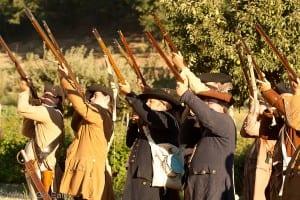 But that wasn’t enough. They needed another. The second take some fired early though Jon hadn’t called “fire”. One last chance before the light went from golden to grey. 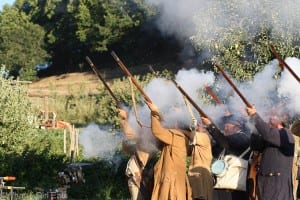 The last round went off and co-director, Eric Drazin was satisfied. We all turned around and watched as the sun slipped behind the hills turning the warm, yellow field into flat grey. 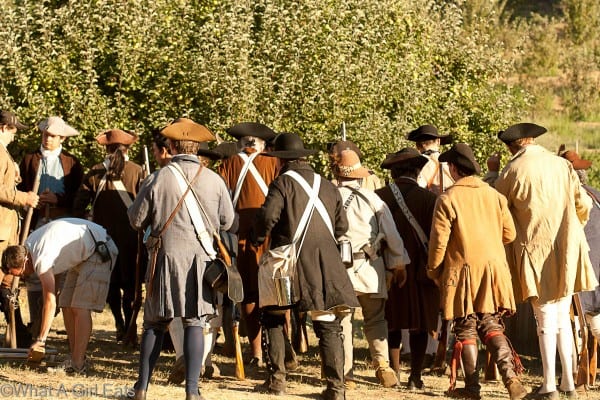