Seared Ahi tuna is a delicious and healthy seafood dinner. It also makes a beautiful presentation on a dinner plate! 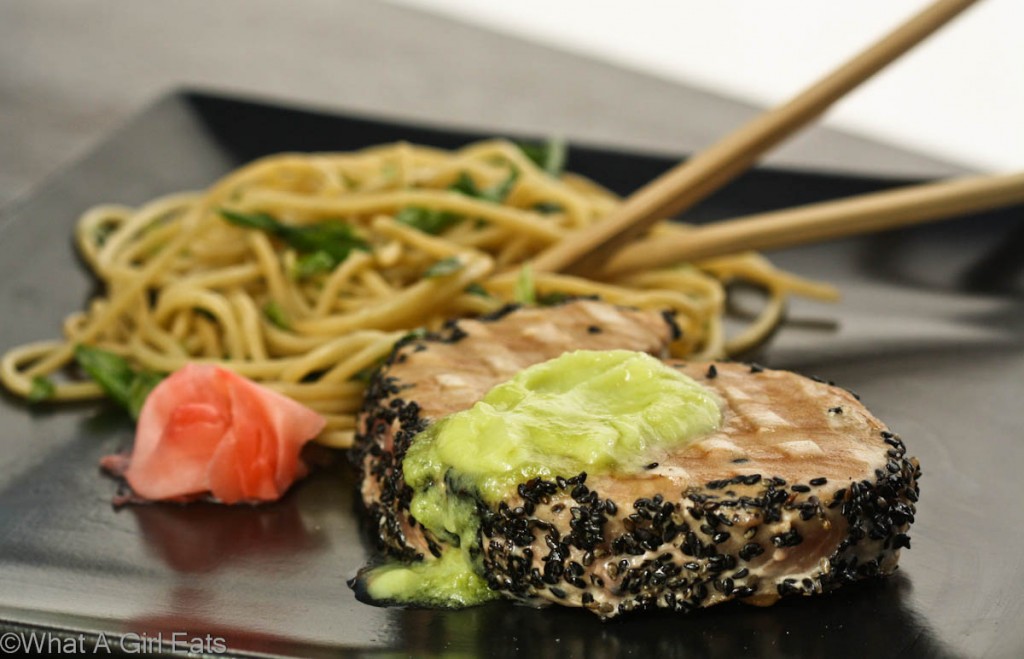 Everyone’s favorite eat-out meal is sushi. I think the girls would have it every day for lunch if we were made out of money. Both of them also love fish, which I don’t cook as often as I should, mostly because you really should cook and eat it the same day you buy it. And I’ve usually got other things planned on shopping day and because the good fish is usually a lot more expensive than chicken. I also don’t buy anything farm raised fish, and definitely no Atlantic salmon. Even though sushi grade tuna is still pricey, I rationalize that since we go out to eat about once a month, it’s still way cheaper to buy Ahi than to go out for a big sushi meal.

I remember having seared Ahi tuna at a steak house, at least 15 years ago. What made the dish so fab was the wasabi butter. I knew I could easily replicate the meal at home. Wasabi plus butter over seared Ahi tuna…pink on the inside.  OK, so that’s the recipe. 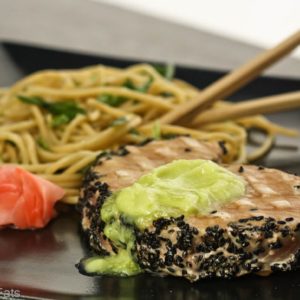 Around the same time I tasted that Seared Ahi Tuna dish, I also went with my friend, Marlee and our husbands, to “Crustacean” in Beverly Hills.

The meal was delicious (and pricey!) but to this day, their signature “garlic noodles” are still on my mind. Of course the recipe is one of those secretly guarded, lock and key things.