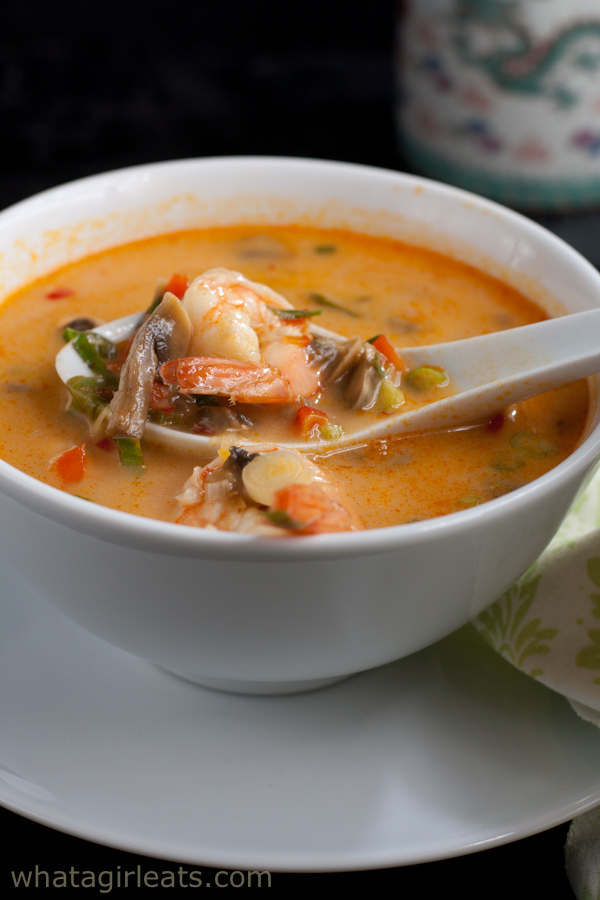 This Thai Coconut Shrimp Soup is one of the first recipes I posted on my site. It’s my go-to soup when we want something lighter and healthier for dinner. I love recipes that have just a few ingredients, and this is one of them. Not only that, it’s ready in under 30 minutes making it a great meal on a busy weeknight. (This recipe was originally published on August 12th, 2011, has been updated to contain nutritional values. As an Amazon Affiliate, I may earn a small commission on qualifying purchases.) 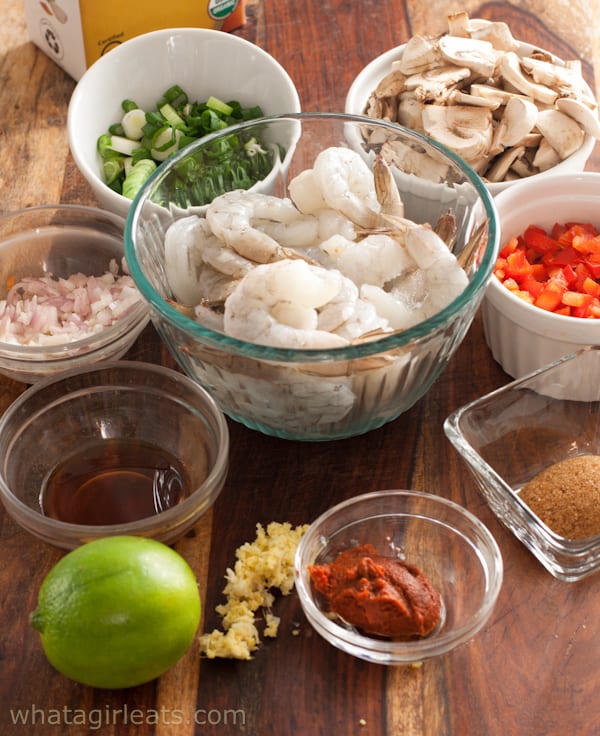 One thing I love about cooking over baking is the lack of precision. I don’t like to give exact measurement (but I do) for things like red bell peppers. The recipe will not be affected much if you add 1/2 cup bell peppers rather than 1/3. Or 5 ounces of mushrooms instead of 4. How do you like it? Is it too sour? Add something sweet. Is it to sweet? Add something tart, like lemon, lime or vinegar or a pinch of salt. To make it more low-carb friendly, I’ve used swerve brown sugar, but you can easily substitute regular brown sugar. There’s only 1 tablespoon in the recipe which is less than a teaspoon per serving. I’ve calculated the nutritional values based on swerve.

What to substitute for fish sauce?

Fish sauce is another one of those staples that I used to purchase at an Asian market in the next town over. Today you will find fish sauce in the same section as the coconut milk and curry paste. Fish sauce is an integral part of Thai cooking. A good one is Red Boat which is just anchovies and water. If you don’t feel like purchasing a whole bottle of fish sauce, you can substitute a tablespoon or two of anchovy paste. Fish sauce is salty and definitely adds umami. If the soup isn’t salty enough. just add a bit more fish sauce or anchovy paste.

Don’t confuse curry paste with curry powder. Curry paste is a blend of red chili peppers, garlic, lemongrass, lime and spices. Curry powders are a blend of spices. Both curry paste and curry powder can range from mild to extra hot. Curry is flavor and is not necessarily spicy, but rather flavorful. Depending on the paste you’ve chosen (don’t forget to read the label!) you could add more than what’s listed in the recipe if desired. Start with what the recipe calls for, as you can always add more, but it’s much more difficult to “fix” a recipe once you’ve added too much. This is the curry paste I use. 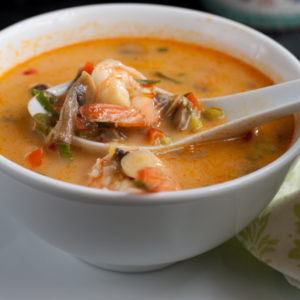 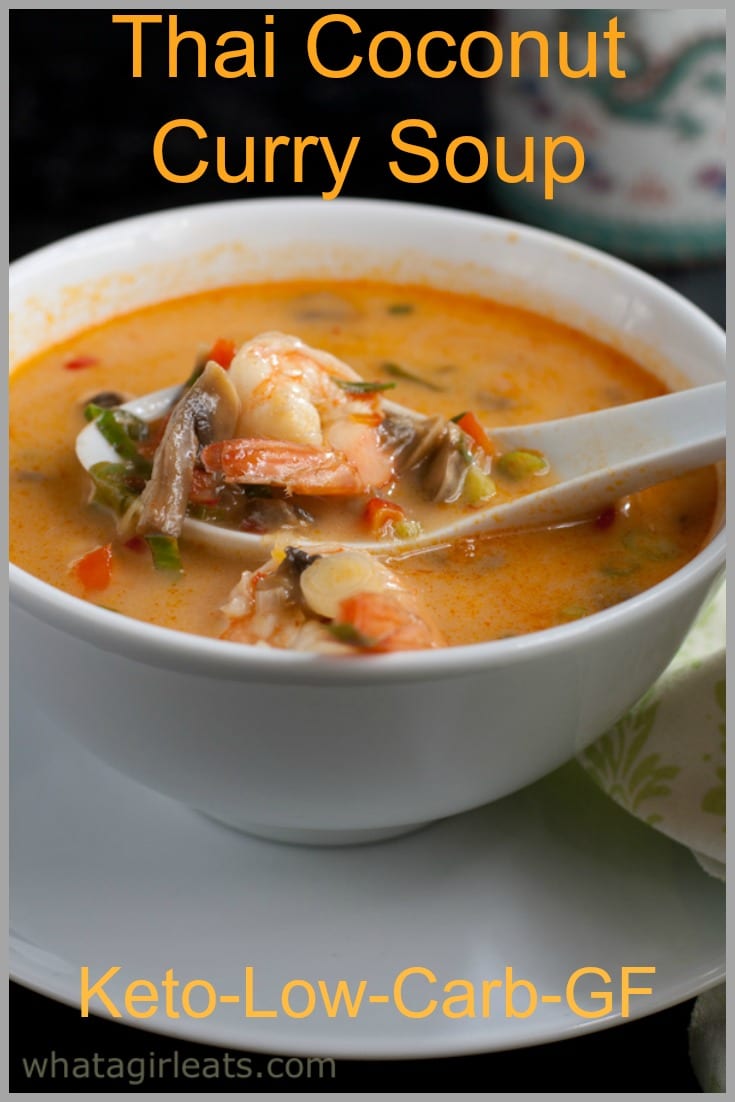