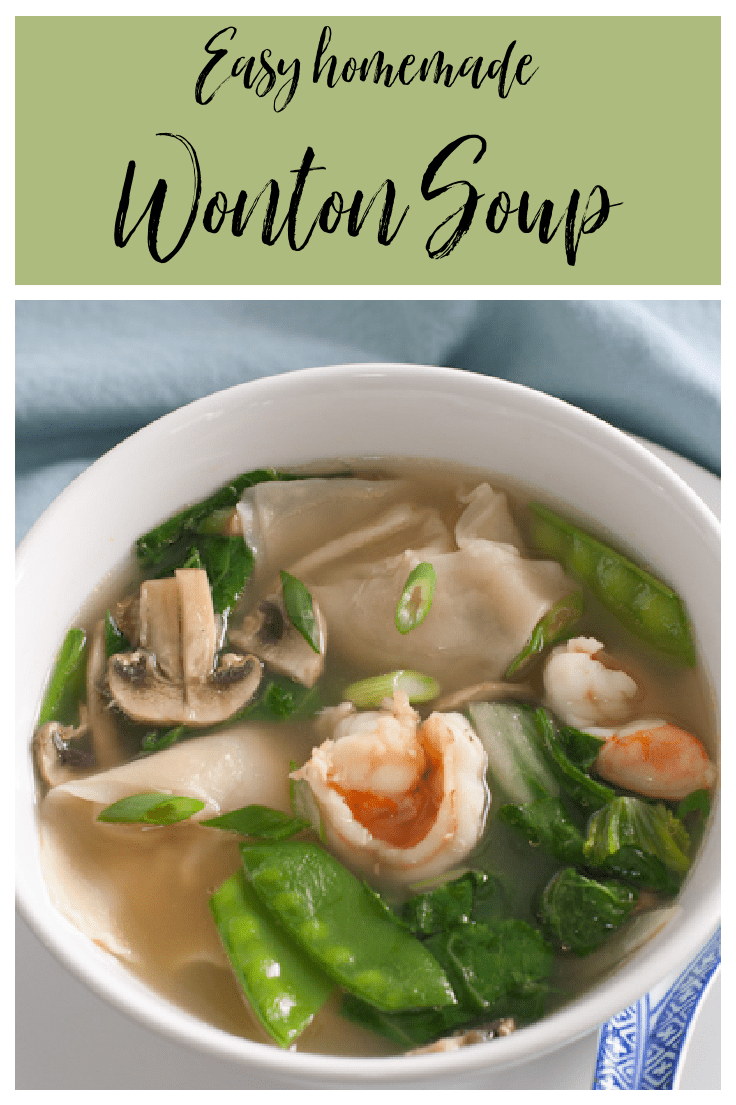 Have you ever tried making Wonton Soup?

I remember going out for Chinese food about once a month when I was a kid. My brother and I loved the Wonton Soup so much we would count out the wontons to make sure that we each got the same number. 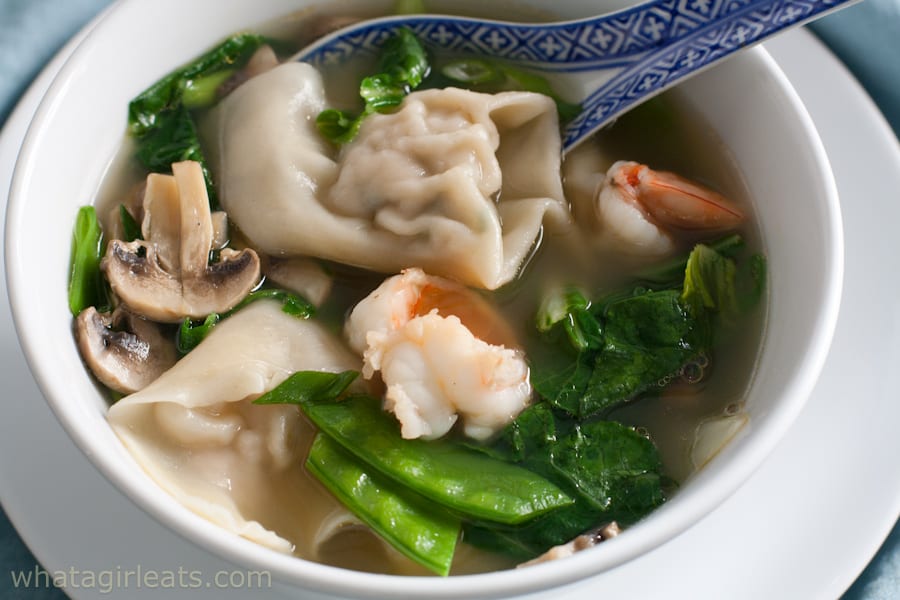 Making wontons from scratch is way easier than you might think. It’s definitely one of those meals that you can throw together in less than an hour. (This post was originally published on July 12th, 2012 and has been updated to contain nutritional information. As an Amazon Affiliate, I earn commission on qualifying purchases.)

How to make homemade wontons

This basic recipe consists of ground pork, green onions, ginger, seasonings and an egg to help bind it together. Use your hands to mix it well. 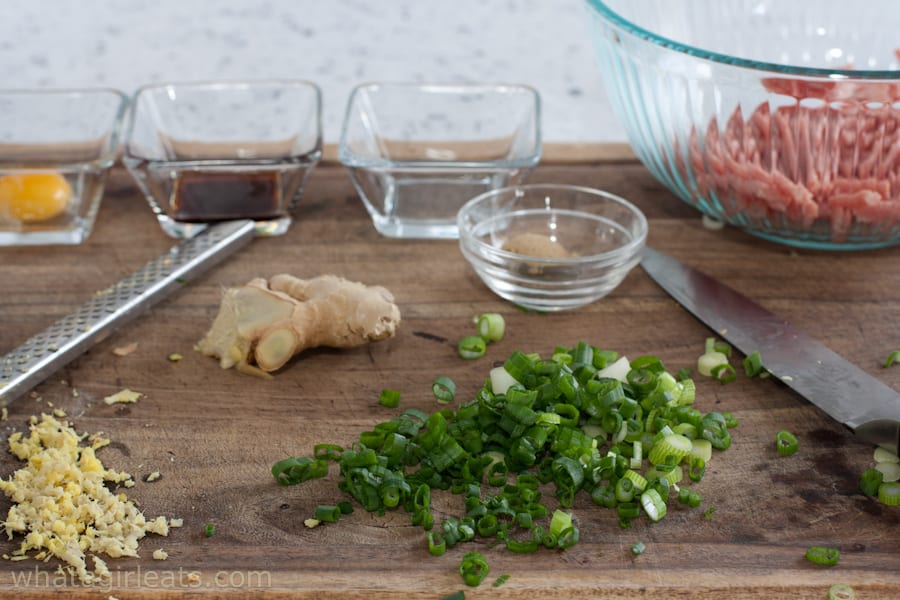 You’ll want to make sure you the filling ready before you begin assembling the wontons. 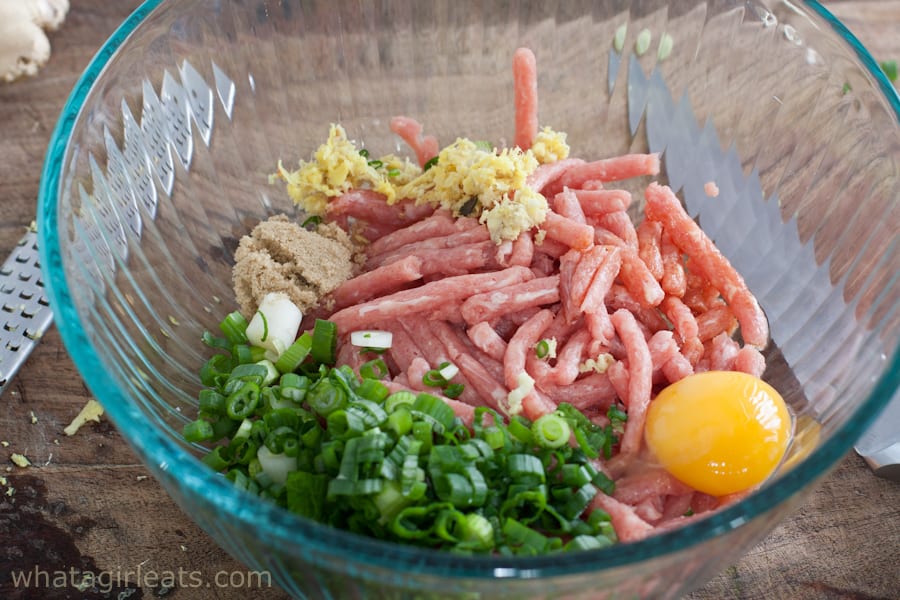 I suggest frying up a small portion of the meat to taste test the flavor. You can then adjust the seasoning to your liking, making it spicier if you like. Cover the wonton skins with a damp towel to keep them from drying out. 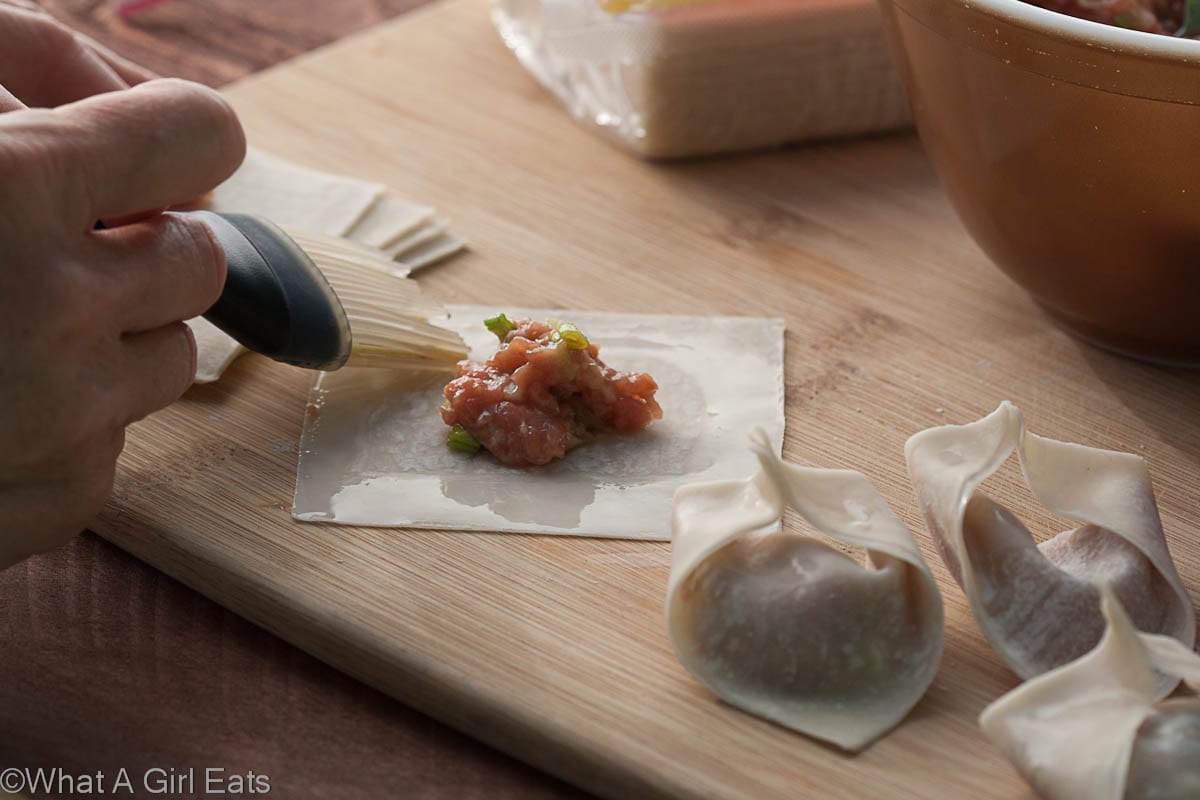 Put about 1 teaspoons of the filling in the middle of the wonton skin. Fold the wonton in half using cold water and a brush to seal the edges. 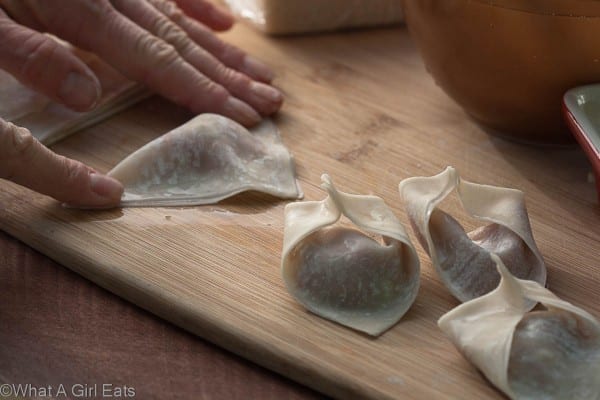 Fold wonton in half to form a triangle. Next fold the widest part inward and seal and press with more water. 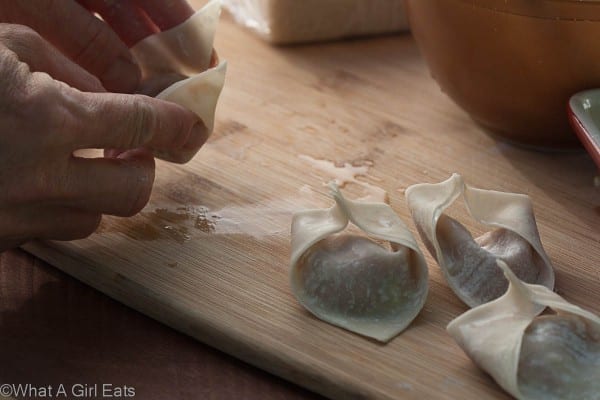 And if you have little hands helping you fill and fold them, it’s even faster. I’ve always loved getting my kids involved in the kitchen. I think this is the best way to raise kids who will enjoy eating and cooking. 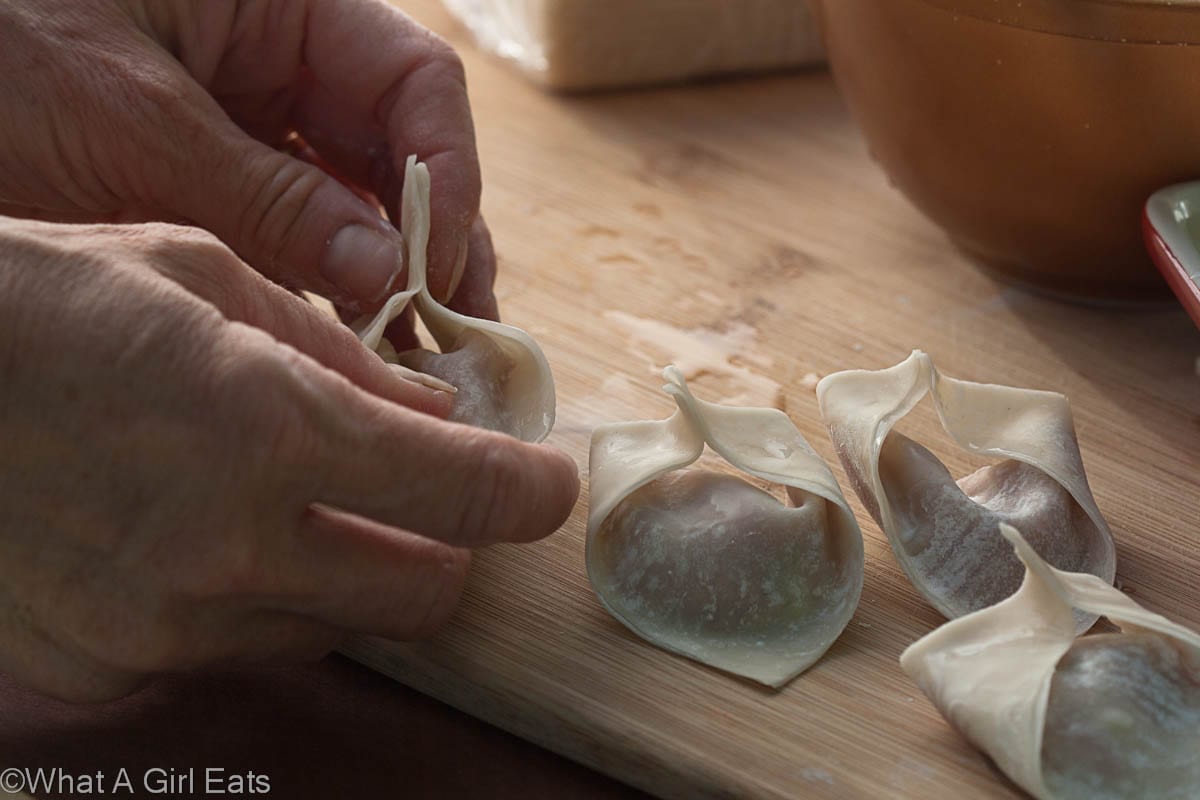 Pinch the edges together.

We love Wonton Soup, and making wontons is something my daughter Sophie, thinks is great fun. When I first published these photos, she was 11. She’s 20 now and still loves to cook for her college roommates. Cover wontons with a damp towel until ready to add to the soup.

A note about soy sauce: If you decide to substitute the soy sauce for coconut aminos or low-sodium soy sauce, you’ll want to adjust the amount as these are not as salty as regular soy sauce. 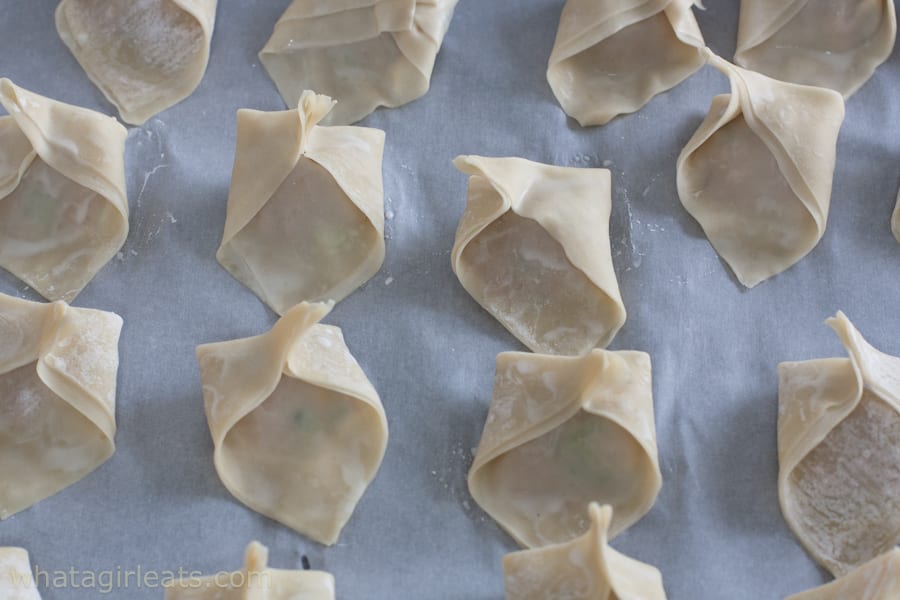 While the kids assemble the wonton, I can cut up the veggies and by the time the broth has boiled, the wontons are ready to pop in the soup. I keep the broth simple, just chicken broth, garlic, ginger, shrimp and vegetables. 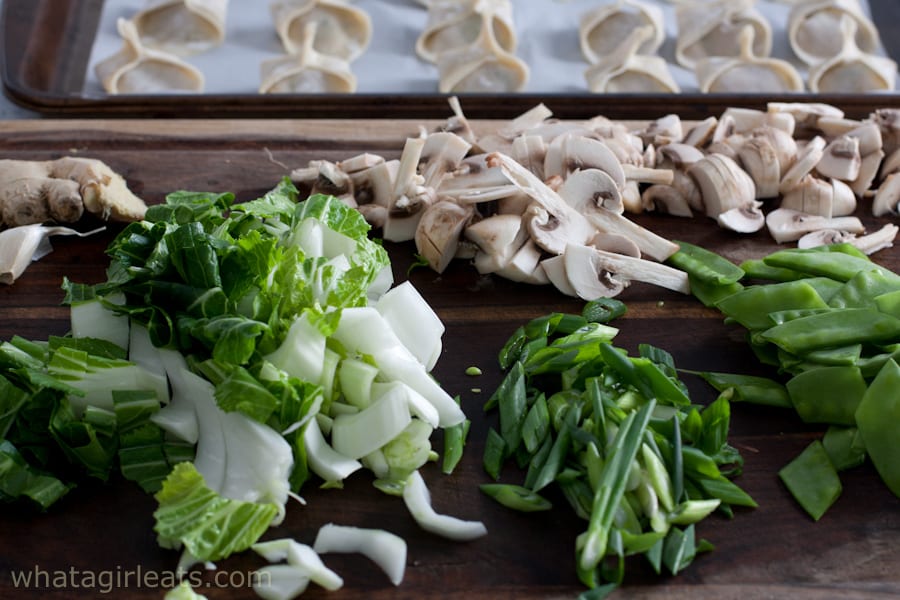 You could however spice up the broth more by adding more minced garlic, coconut aminos, soy sauce, or chili oil. The broth is like a blank canvas for your ingredients. I sometimes add thinly sliced pork belly, which reminds me of the version that was made at the Chinese Gardens restaurant of my childhood. 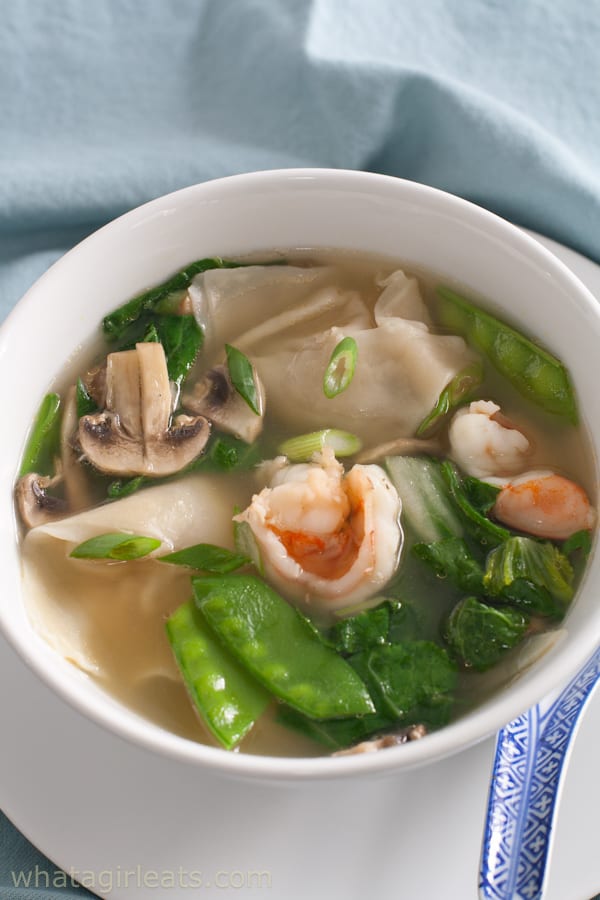 Some of the items used in this post are available through Amazon for your convenience. 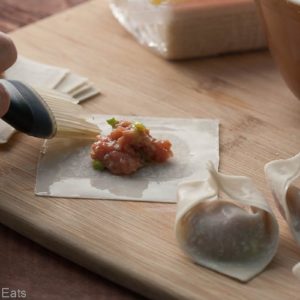 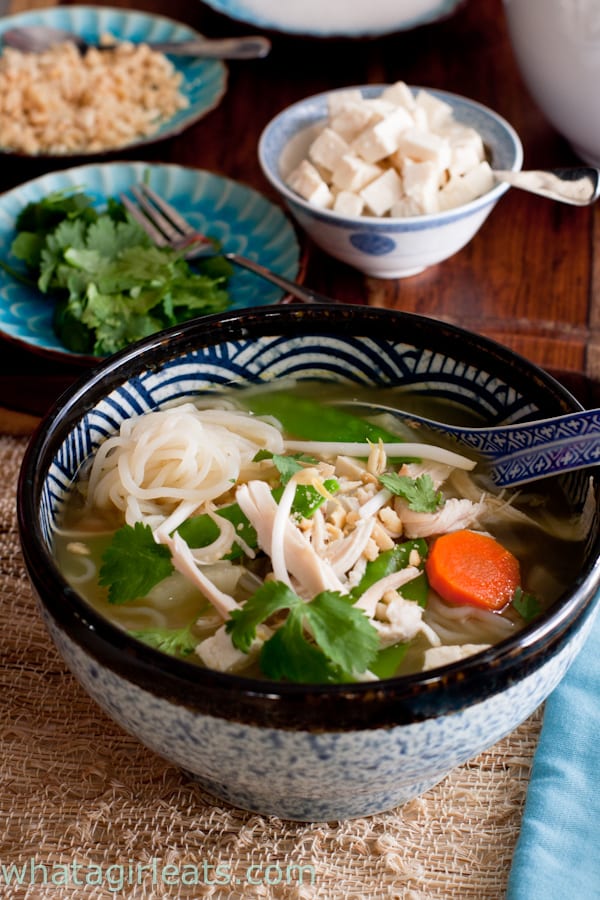 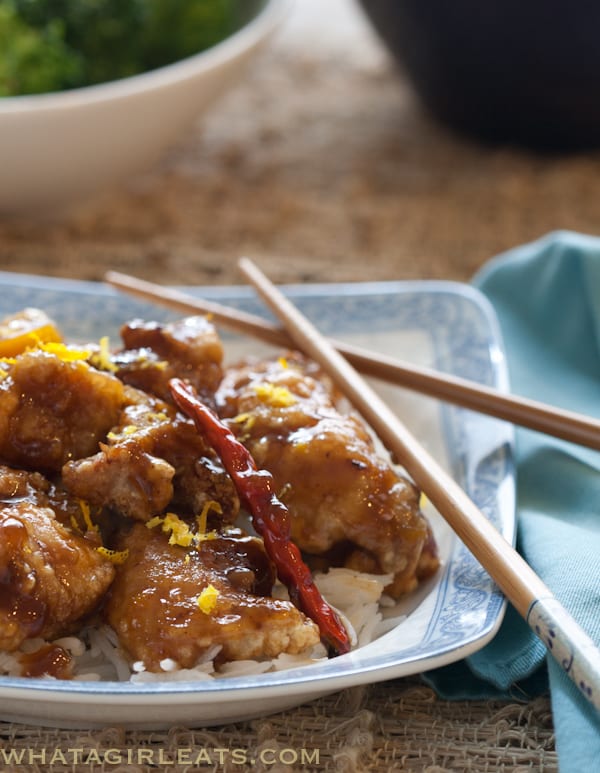 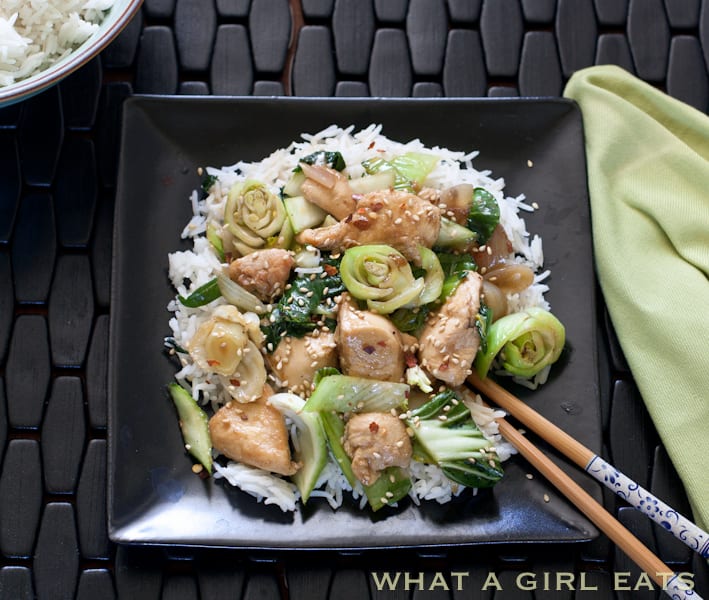 How to make homemade wontons for wonton soup.