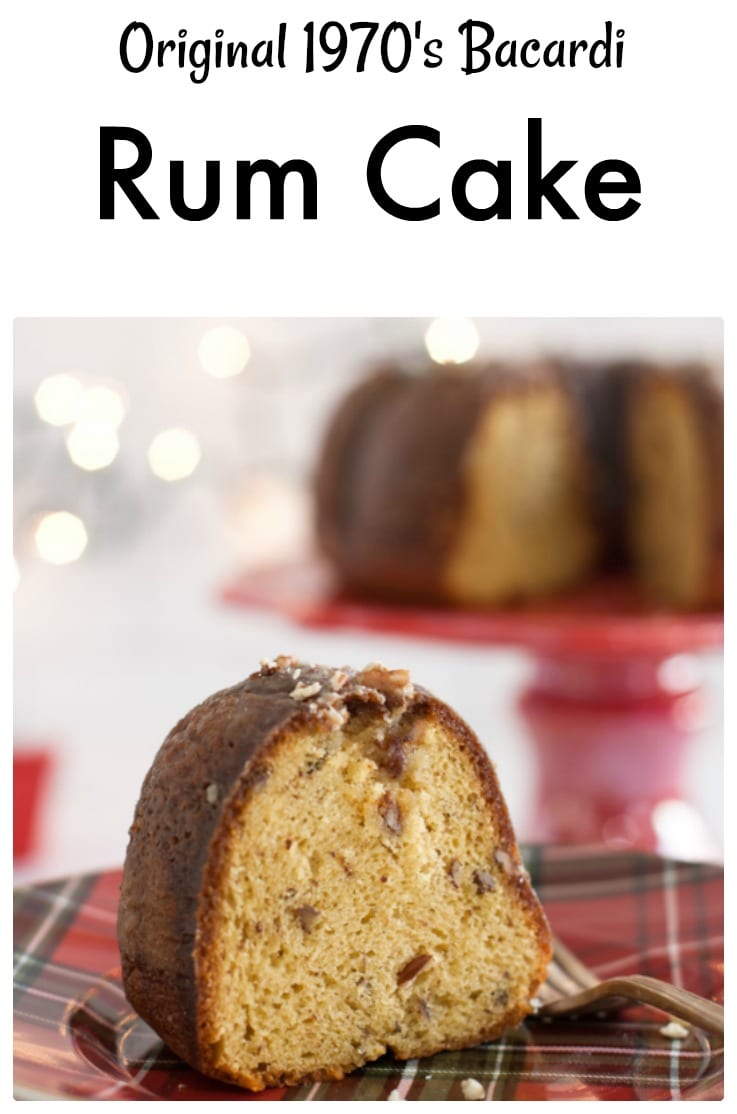 This Rum Cake is the original recipe from Bacardi’s rum which was published in the 1970’s. I didn’t make it until over 20 years 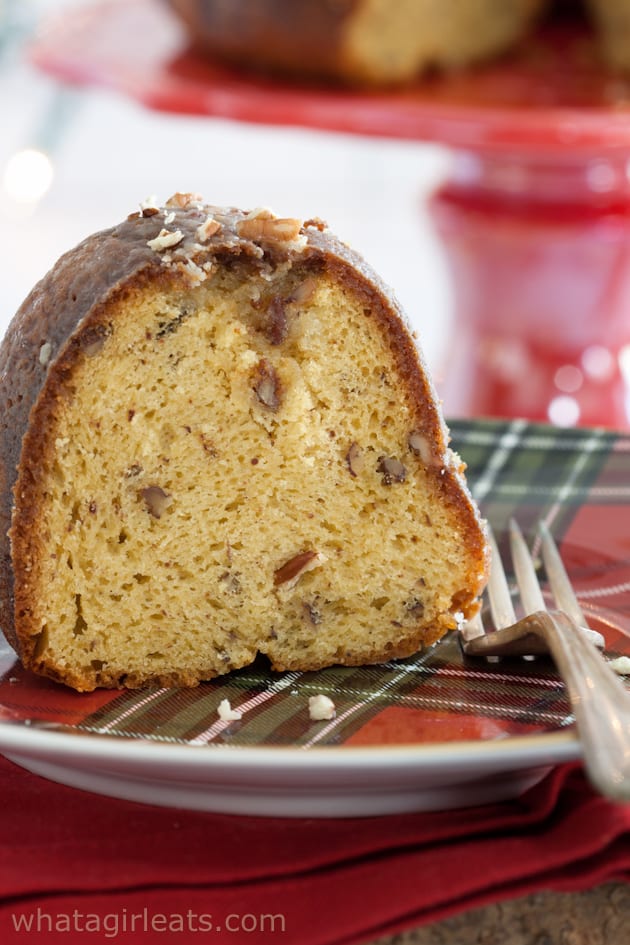 My first year of teaching, we had a Christmas potluck at work. Someone brought a delicious rum cake. Meredith, who started teaching with me that same year, raved about it and asked the baker for the recipe. “It’s a secret recipe from my aunt, so I can’t share it,” she said. The silence in the room was deafening. Meredith was embarrassed and I was embarrassed for her. YOU CAN’T SHARE A RECIPE?! What’s with that? (This post was originally published on November 26th, 2011 and has been updated with nutritional information. As an Amazon Affiliate, I earn a commission on qualifying purchases)

That Christmas break, I experimented with about 3 different rum cake recipes. Then my mom said she remembered Bacardi publishing a rum cake recipe in the 70’s. 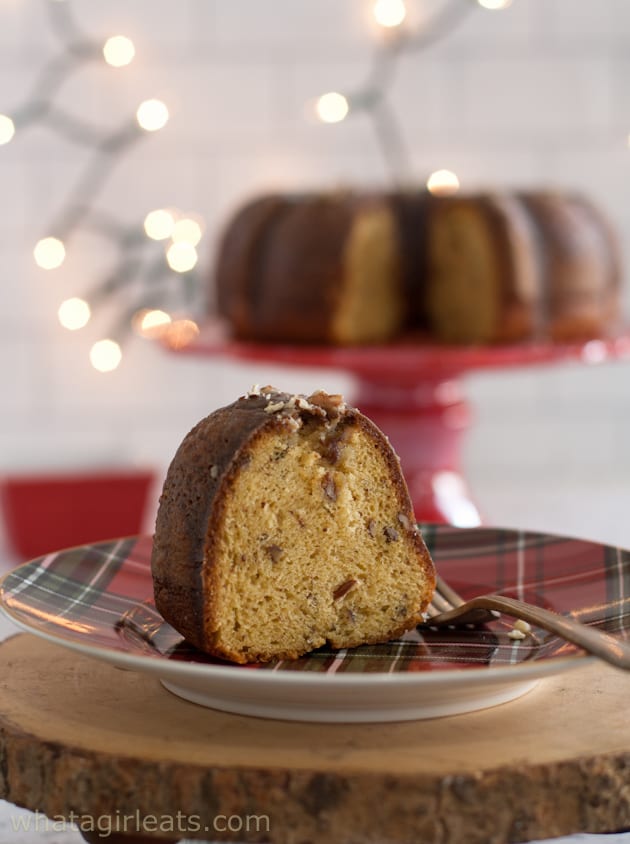 With a little research, we found the Bacardi Rum Cake recipe (this was 20+ years ago and pre-Google) which had been printed in a magazine advertisement. A few years later, The Cake Mix Doctor was published with the similar recipe. I’ve used that recipe here.

After break, I returned to school with a copy of the recipe and all the ingredients to make the cake, which I gave to Meredith. The following Christmas she brought the rum cake to the staff potluck…and shared the recipe.

What’s in a rum cake?

Well, besides rum, this “secret recipe” is made from a box of yellow cake mix. The reason she probably didn’t want to share the recipe, is that it is so easy! Do you have to use a cake mix? Absolutely not. If you’d like to try making it from scratch, here’s a link to a homemade yellow cake mix recipe. There’s also a box of vanilla pudding. Yes, I know, this isn’t a very “healthy” cake. If you’d like to substitute the vegetable oil for something healthier. I use avocado oil.

The original recipe calls for pecans, but you can also use walnuts or a combination of both. I’ve slightly changed this recipe by dividing the nuts and putting 1/2 in the batter and 1/2 in the pan. I’ve found that the nuts fall off the cake, if all of them are on top. Plus I like the look and taste of them in the cake. 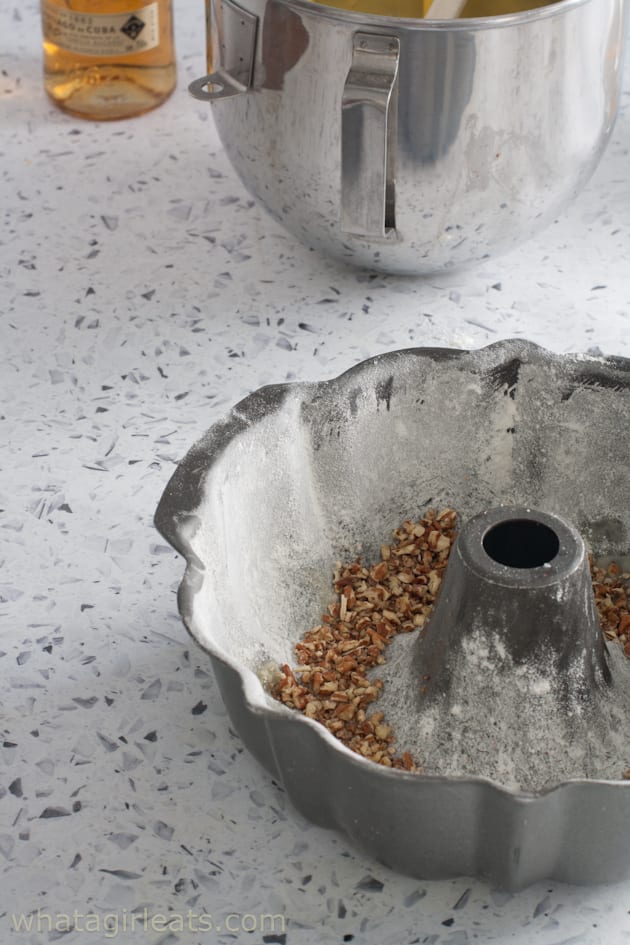 What’s the best kind of pan to use?

It’s traditionally made in a bundt pan, but you could also use an angel food cake pan. I’ve made it in really fancy bundt cake pans, but you to make sure you really grease and flour every single crevice of the pan so it releases cleanly. If you use a bundt pan like this one, adjust the baking time as it might cook quicker due to the design. 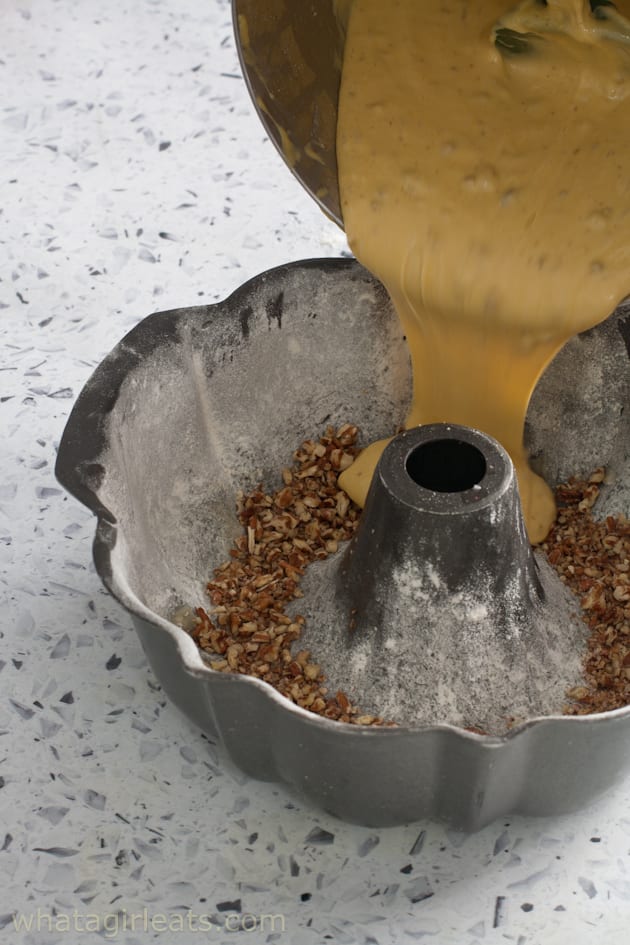 How long does Rum Cake last?

This is one of those recipes that I think tastes better the second day. The rum has a chance to really soak into the cake. I sometimes also sprinkle a little extra rum on a slice just before serving. 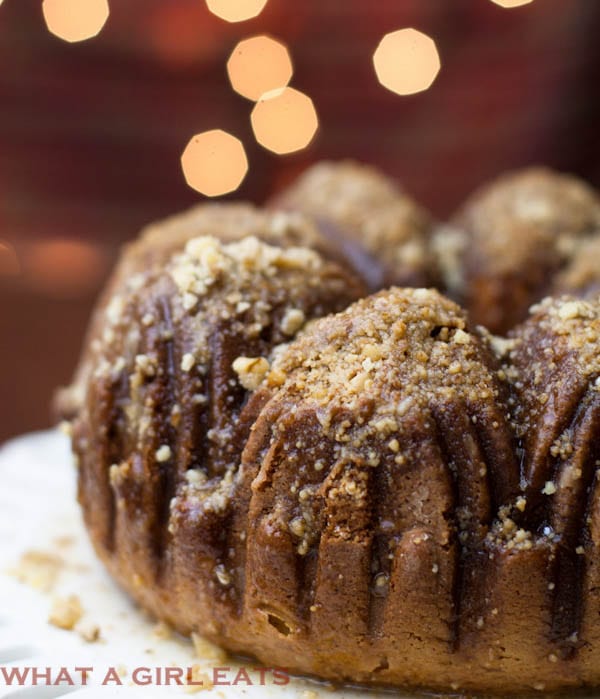 I hope this Bacardi rum cake recipe reminds you of the one from the 70s! 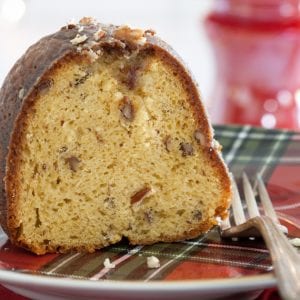 If you like nuts, you nuts, you’ll love this Coffee and Walnut Cake from Christina’s Cucina. 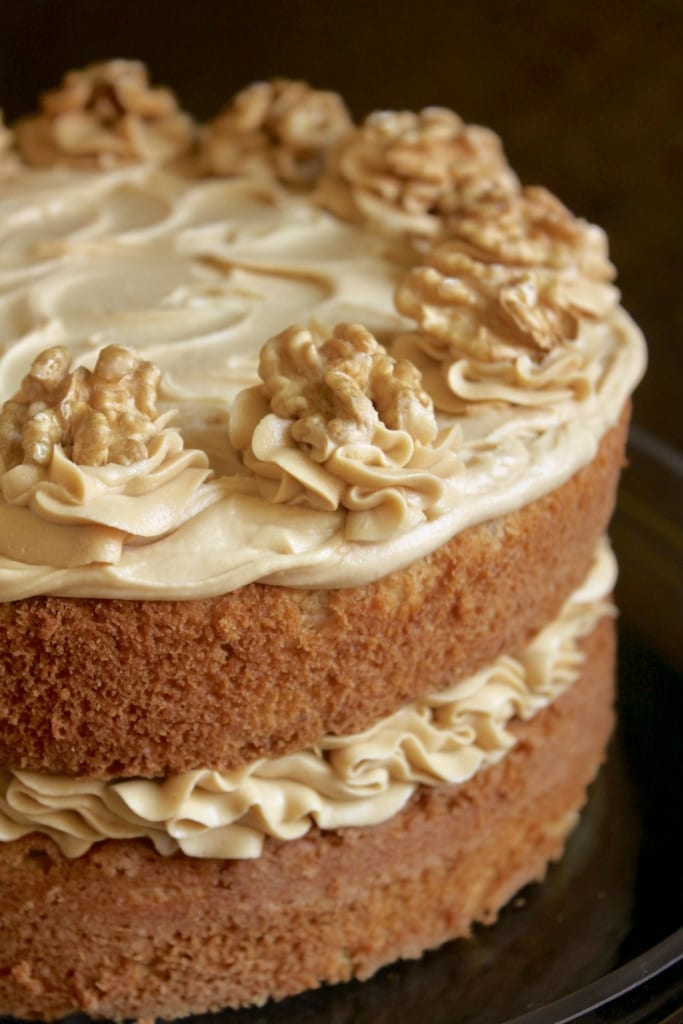 Or this Chocolate Cake with Pecan Frosting 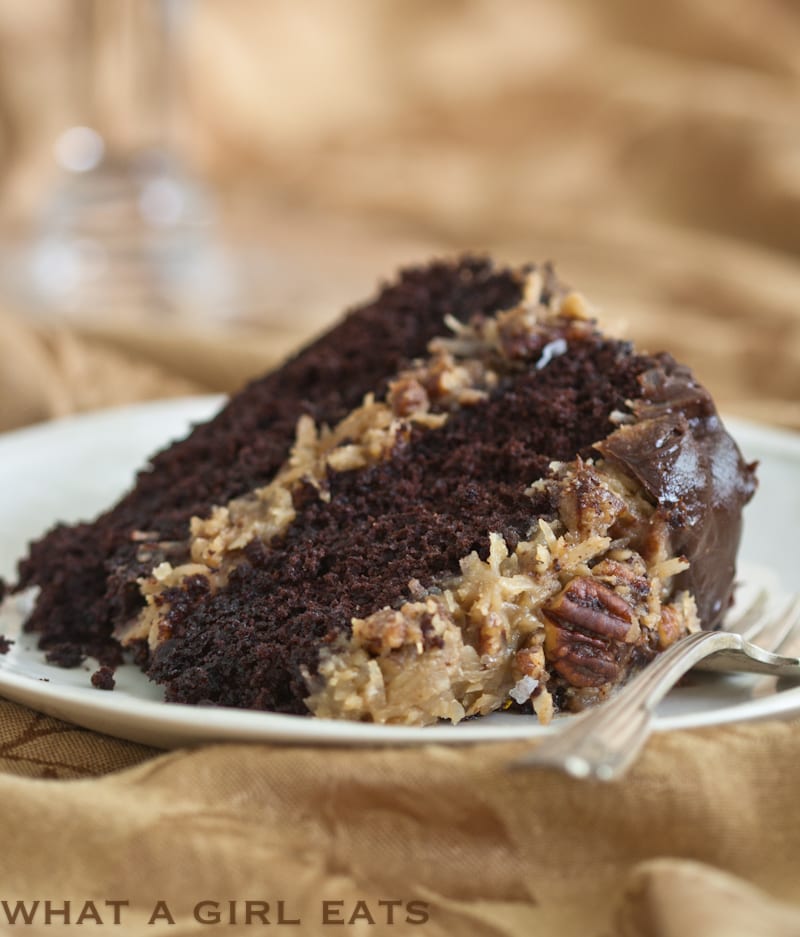 Original recipe for Bacardi Rum Cake from the 1970’s.

« Prime Rib
How To Make A Charcuterie Board »