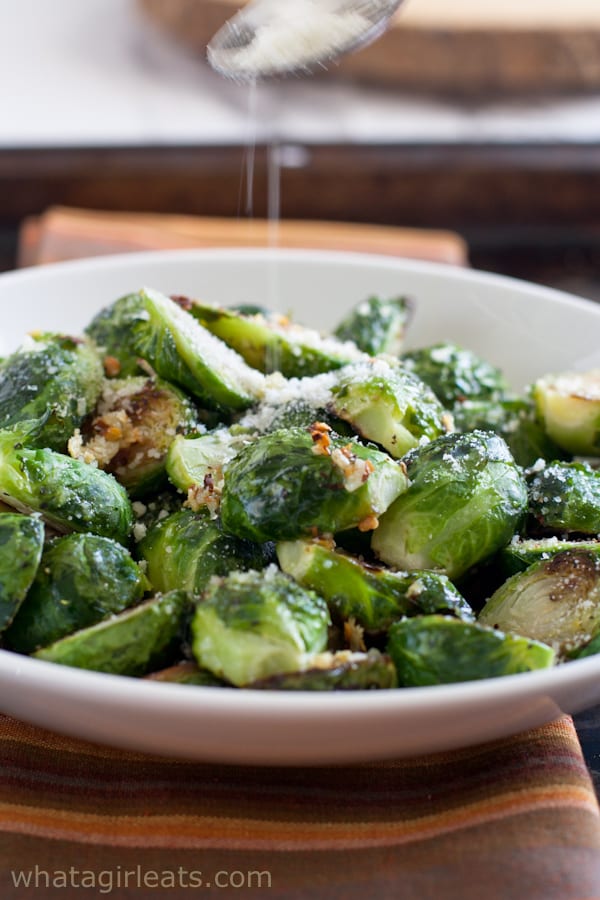 I know, because I used to be the girl who’d hide her Brussels Sprouts under her napkin…and not just when I was 8. I’ve searched for many recipes to make Brussels Sprouts taste better than they did when I was growing up. My family loves Brussels Sprouts, and they are in season in the fall. They just seem to be a great autumn side dish. This recipe is from Cook’s Illustrated many years ago, and has been slightly adapted. I wish Roasted Garlic Brussels Sprouts with Red Pepper and Parmesan Cheese had been on the menu when I was a kid!This post was originally published in 2011 as one of two variations on roasted Brussels Sprouts.  (This post has been updated to contain nutritional information and contains affiliate links) 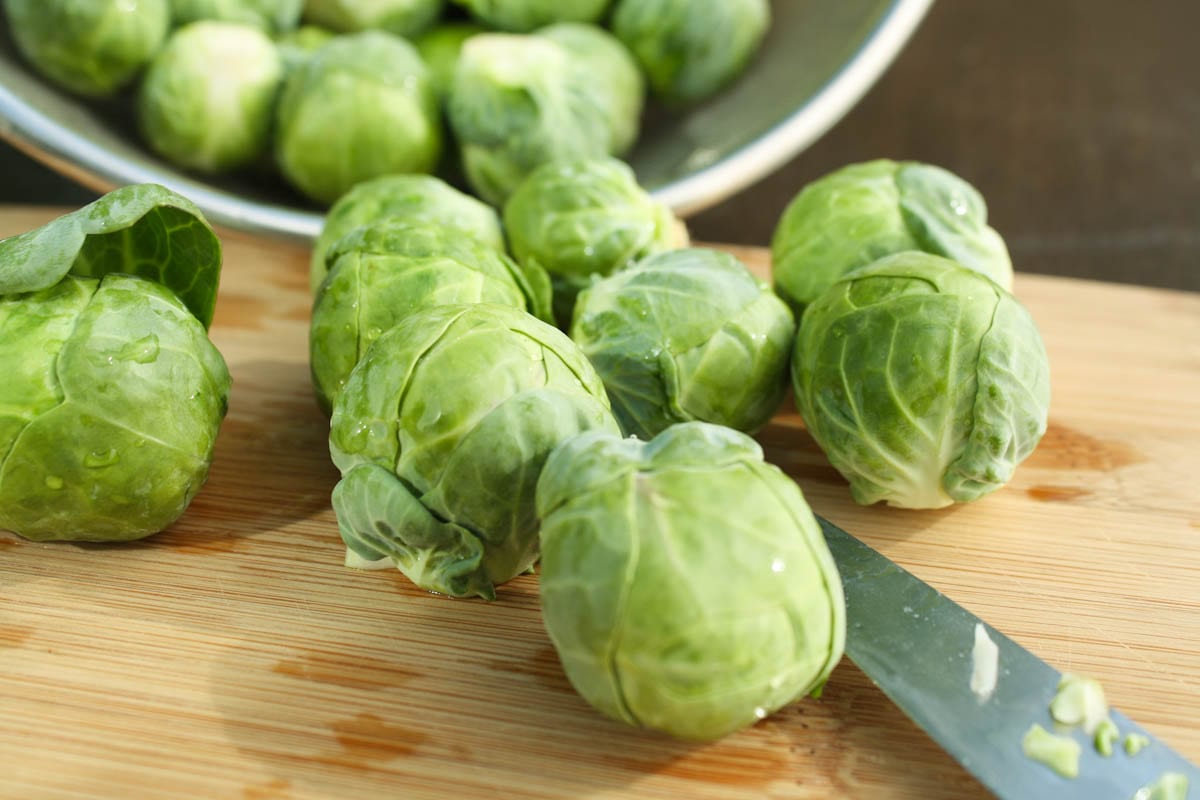 So just how do you spell it? I’ve seen quite a few posts where “Brussels” has the possessive apostrophe. It’s pretty easy to remember. Brussels Sprouts first entered the scene as early as the 13th century, in…you guessed near what is now known as, Brussels. The first recorded reference to Brussels sprouts was in the late 1500s. (thanks wikipedia!) Since the city of Brussels is not called “Brussel”, there’s no need for the apostrophe. (The possessive apostrophe is so mis-used any way, but that’s another story.)

When are Brussels Sprouts in season?

Brussels sprouts are harvested from late summer through March.

How to roast Brussels Sprouts. 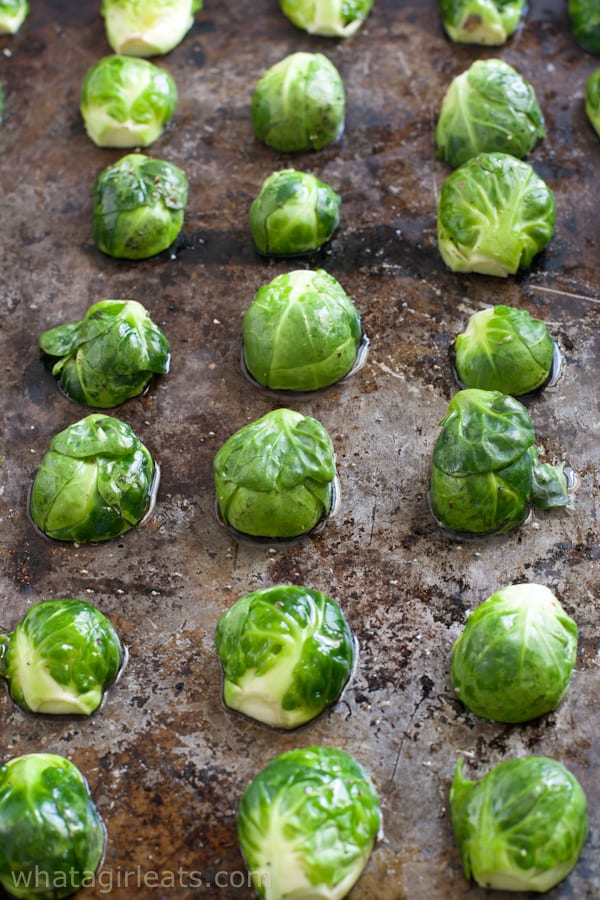 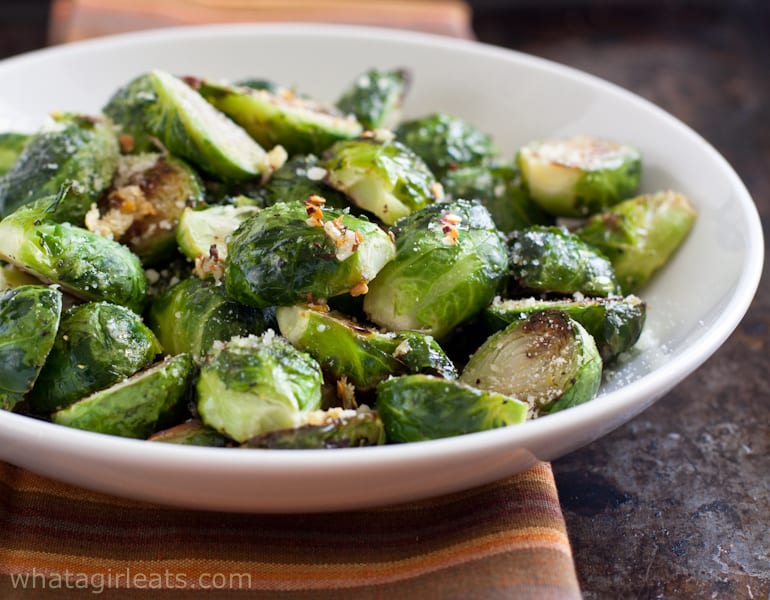 These Roasted Brussels sprouts with Garlic, Red Pepper and Parmesan Cheese would be a great addition to this Mediterranean style Roasted Turkey. 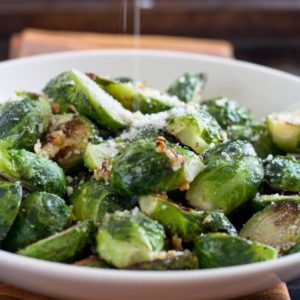