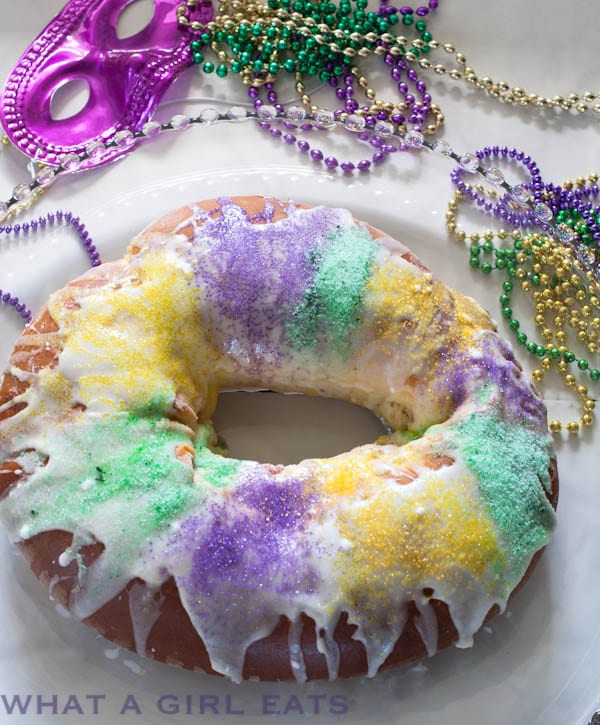 I started making King Cake about 25 years ago. My very Southern girlfriend, Sandy, from Pascagoula, Mississippi, sent me one from a very famous bakery in the New Orleans, once during Mardi Gras. As a Southern California gal,  I had no idea what King Cake was.King Cake is practically nonexistent in Southern California, at least the Southern, Mardi Gras version. There is a Mexican version called Rosca de Reyes  which is served on Epiphany. France celebrates with a galette des rois. 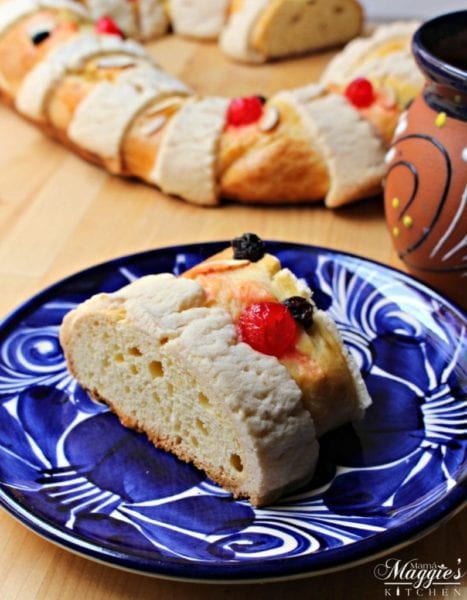 (Mardi Gras King Cake was originally published on February 4th, 2014 and has be updated to contain nutritional information. As an Amazon Affiliate, I may earn a small commission on qualifying purchases.)

What is King Cake?

King Cake is a staple during the season, from Epiphany, (January 6th) to Fat Tuesday or Mardi Gras. In the south, Mardi Gras is a season, and not just a day, like it is in the rest of the country. In preparation for Lent, many households would rid their pantries of eggs, sugar and butter, thus creating decadent pastries. 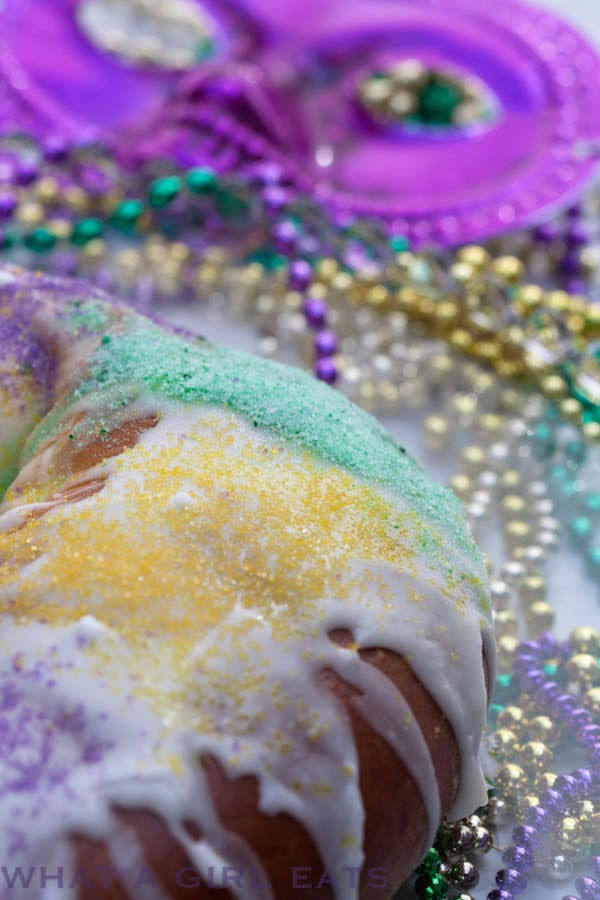 Do other cultures celebrate with king cake?

Many other countries celebrate Mardi Gras or Carnivale with similar sweets, like these Italian Bow Tie cookies that are popular in Italy. 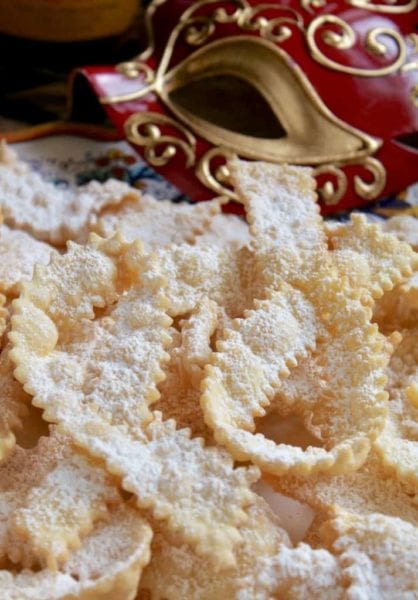 In England, Shrove Tuesday is celebrated with thin pancakes. Of course we know how popular Carnival is in Brazil! 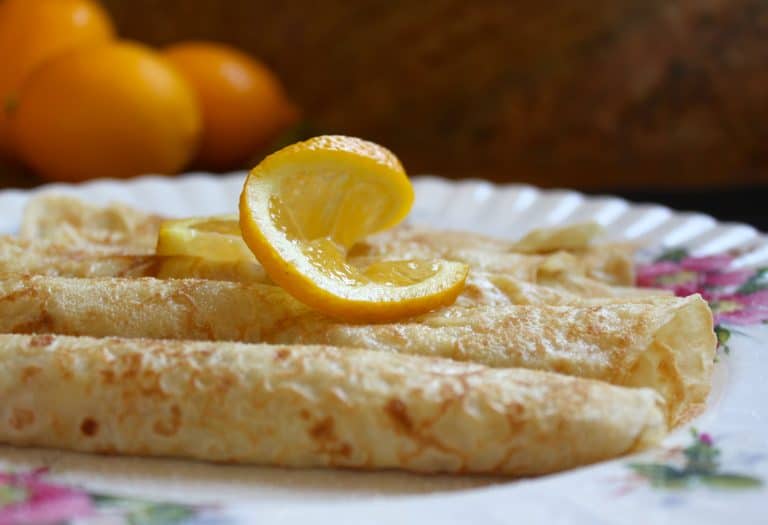 What do the colors of the King Cake mean?

The festive King Cake, which is basically a coffee cake ring with colored sugar. This version is filled with cinnamon cream cheese. However, you can can also use your favorite pie filling. The colored sugar represents Justice, (purple) Faith, (green) and  Power, (gold). Traditionally a small plastic baby, symbolizing the baby Jesus, is tucked into the cooked cake for good luck. The recipient of the baby is responsible for baking the next King Cake. 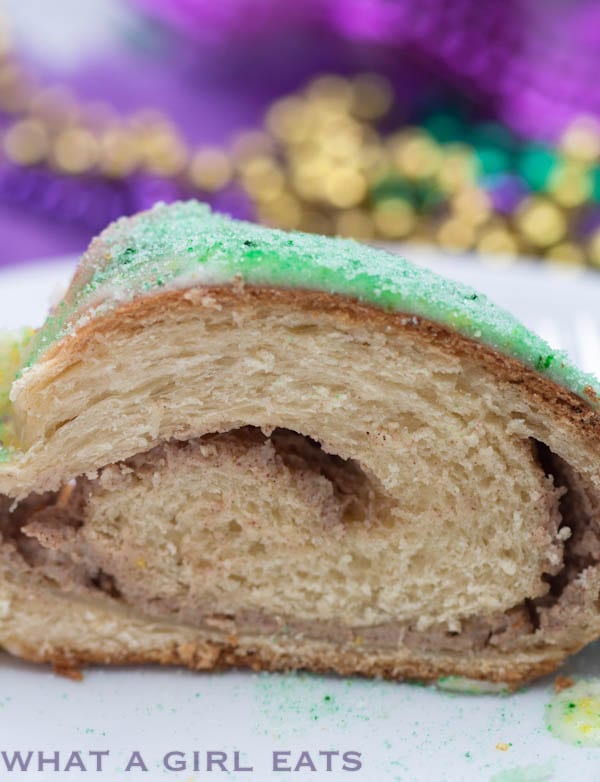 Can the dough be made in advance?

Yes! Once I discovered Artisan Bread in Five Minutes a Day, by Hertzberg and Francois, I adapted their Brioche dough for my King Cake.  Make the dough one day (or up to 4 days before) and the cake the next.

Can I use pre-made dough?

No. Unfortunately this is a brioche or sweetened dough. Although it’s not particularly sweet, there is some honey in the dough which you won’t find in store-bought bread dough.

Although this king cake recipe makes one large cake, you could make two smaller ones as well. Laissez les bon temps rouler!

Roll the dough out into a long thin rectangle, about 1/4″ thick. 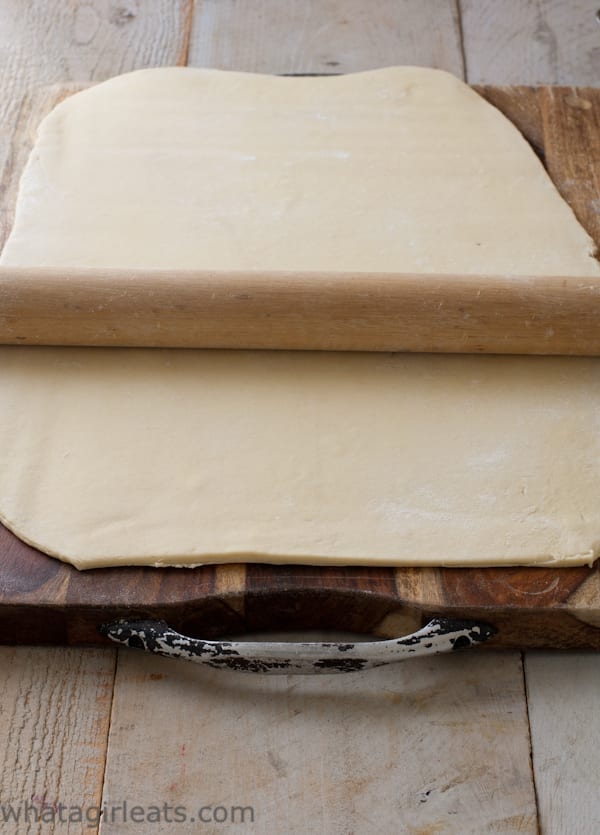 Spread filling to within 1″ all around. Roll into a long log, lengthwise and form into an oval or circle. 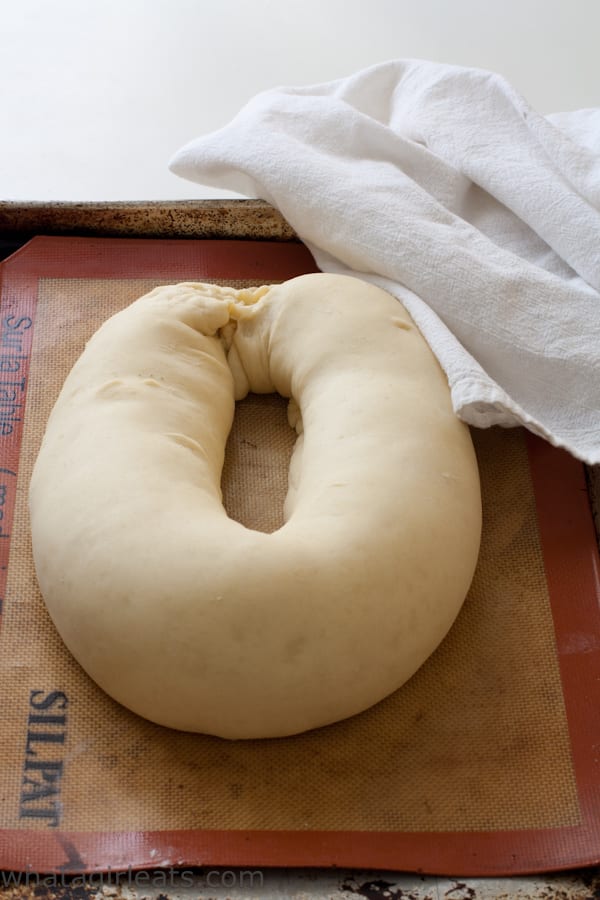 Let cool completely before drizzling the glaze over the top. Sprinkle with alternating bands of gold, green and purple sanding sugar. 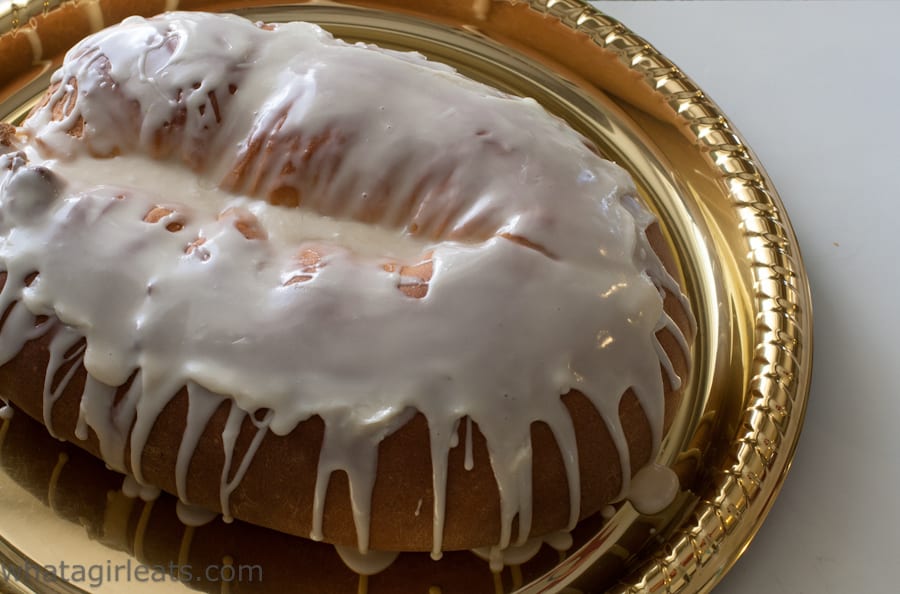 Some of the items in this post are available at my Amazon Affiliate Store at no additional cost to you. 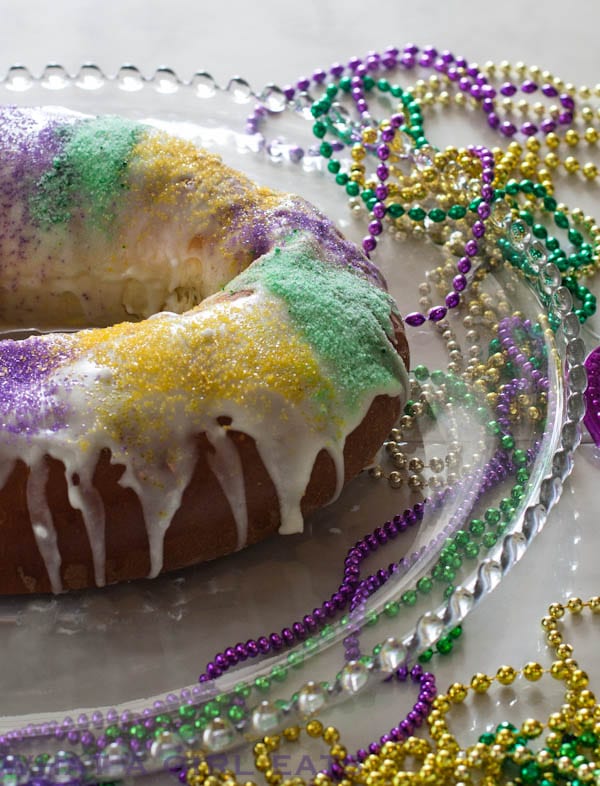 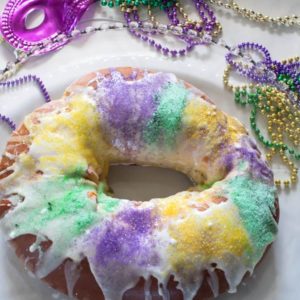 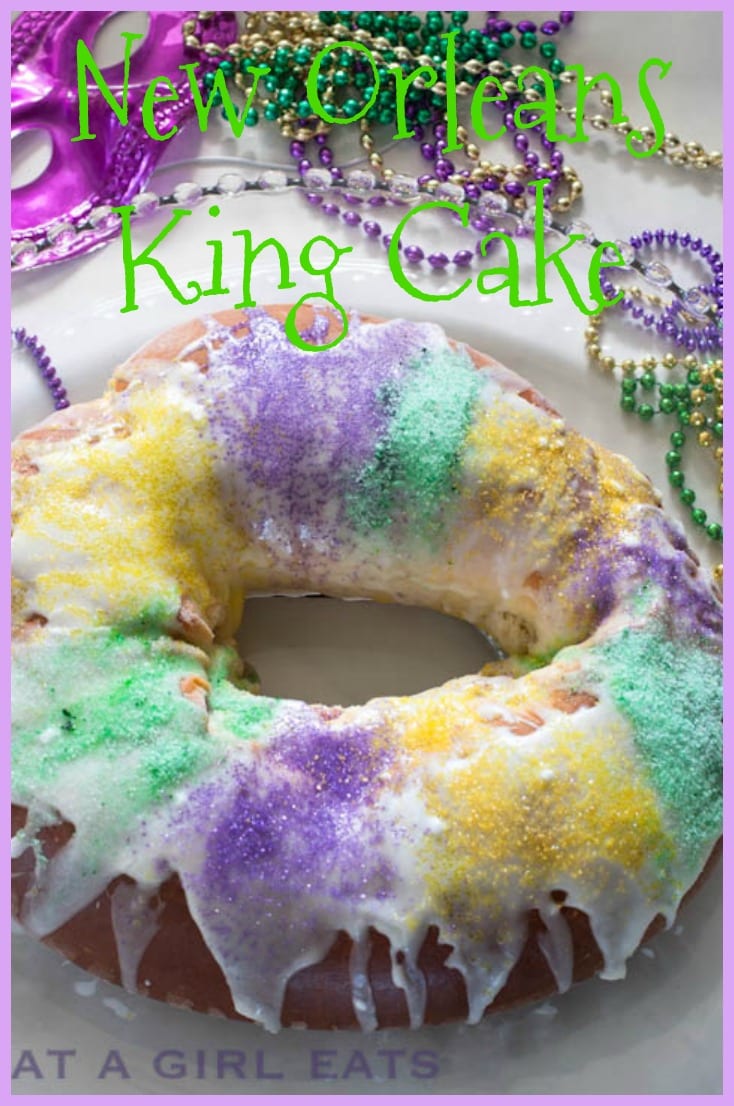 King Cake. A must have for any Mardi Gras party! Filled with cinnamon cream cheese.