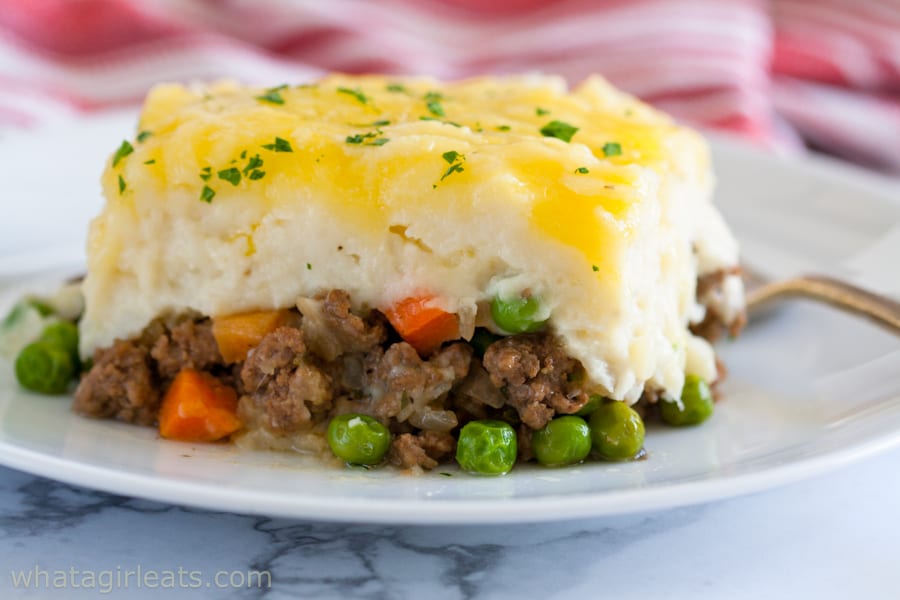 After I finished cooking school, I decided to move to England and get a job. I’d never had a “real” job before. Well, unless you count babysitting, and Carl’s Jr. counter girl in high school. My dad bought me a one way plane ticket and then put me on the plane with $500 in Traveler’s Cheques and told me, “This is it.

(This post was originally published on January 19th, 2012, has been updated and contains affiliate links)

When you run out of money, you’re coming home and getting a real job!”

I didn’t actually believe him…until the moment when I got on the plane and realized he hadn’t laughed, nor given me any more money. I spent the entire 11 hour flight, figuring out a plan. 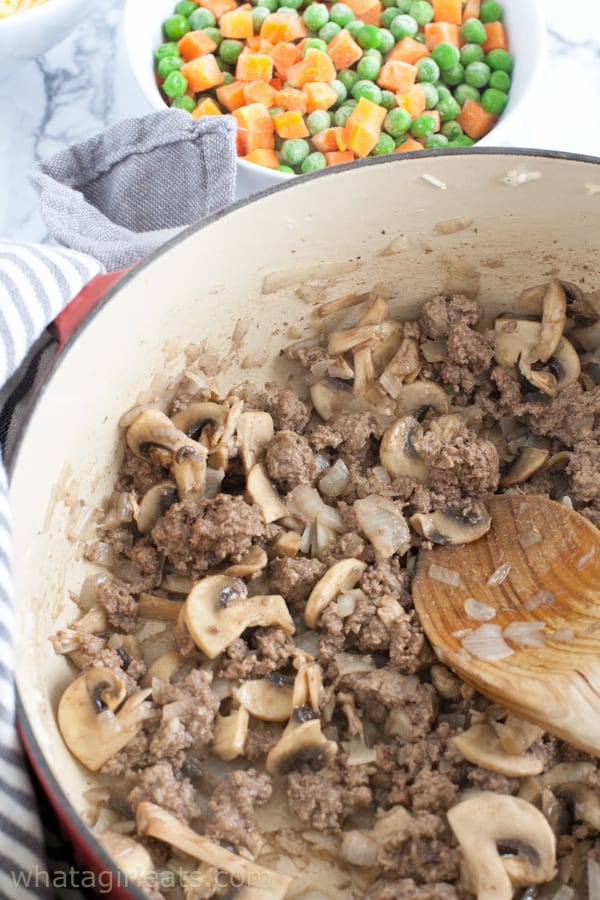 Did I mention that I didn’t actually have a place to live or a job set up before I got there?

I took the train from Gatwick to Victoria Station. Placing my luggage in a locker, I then took the Tube to Earl’s Court to find a room in a cheap hostel, grab a “Time-Out” magazine, and start looking for a job. 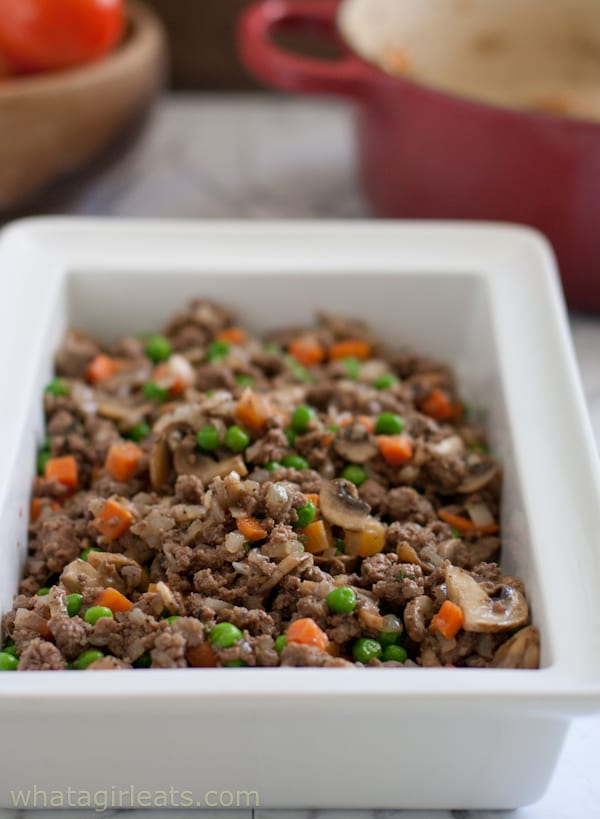 The first hostel I walked into was cute, clean and filled with Aussies and Kiwis. “Perfect!” I thought. Unfortunately, they did not have a room.

As I walked down the steps, a girl came running after me. “Hey! Do you want to work here?” They had nothing for me there, but if I was willing, I could work at another hotel not too far away.

It would involve cooking, (check) and light cleaning (I hoped for “light”), but more importantly, it would be a place to sleep and they’d pay me! “Hotel” is a term I use loosely. In fact, it was what the British refer to as a “Doss-House”, cheap rooms for people on the “dole” (welfare).

My first job “cooking” at a hostel in London. Christmas, 1984. Pulling pints at the Orange Brewery near Sloane Square, 1984.

It was run-down and smelled of cigarettes and grease. I was expected to cook breakfast for a bunch of dicey men, in addition to Hoovering their rooms and emptying their trash!

It was there I met Sandy, who had never held a real job either. Sandy came in to rent a room, not realizing that this was definitely not where she wanted to stay.

We 3 worker girls convinced her to bunk with us in the maid’s quarters. After 2 weeks of 15 hour days, Sandy and I landed jobs in a pub just off of Sloane Square. We shared a clean and spacious room, in a great part of London, and got paid. 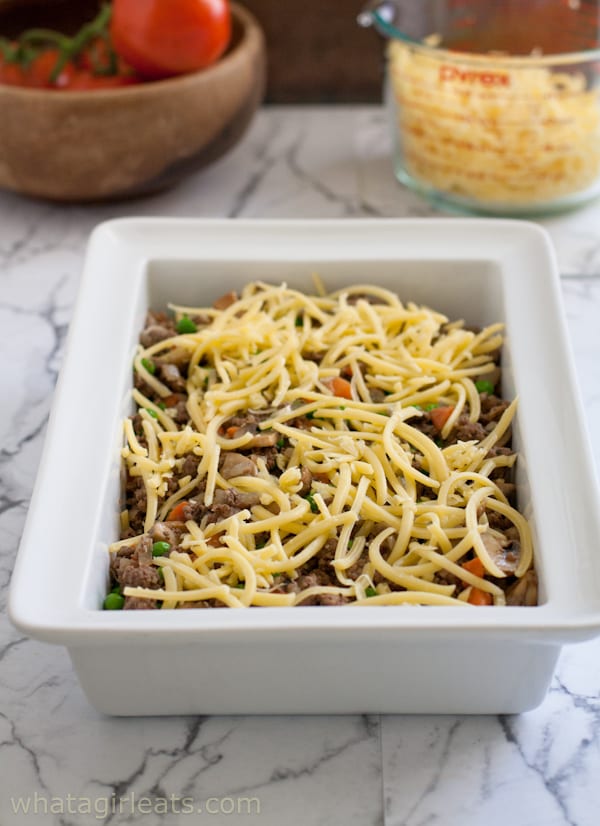 Top with some of the grate cheese.

Shepherd’s Pie is traditionally made with lamb.

I imagine it was created by a frugal farmer’s wife as a good way to stretch that pound of “ground meat”, it’s mixed with plenty of vegetables and topped with lots of mashed potatoes. 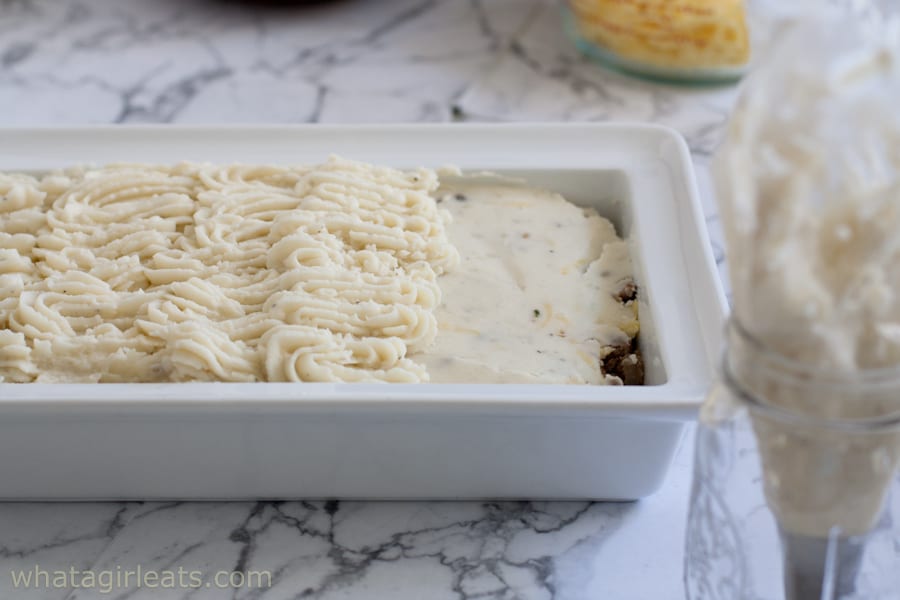 Actually a classic shepherd’s pie is made from lamb; shepherd – lamb, and a Cottage Pie would have been made out of beef. But in the US, not many Americans know the difference, and tend to label them both as “Shepherd’s Pie”.

One pound of ground beef will stretch to feed 6 with the addition of all the vegetables, which is something I like when we’re trying to eat less meat in general. 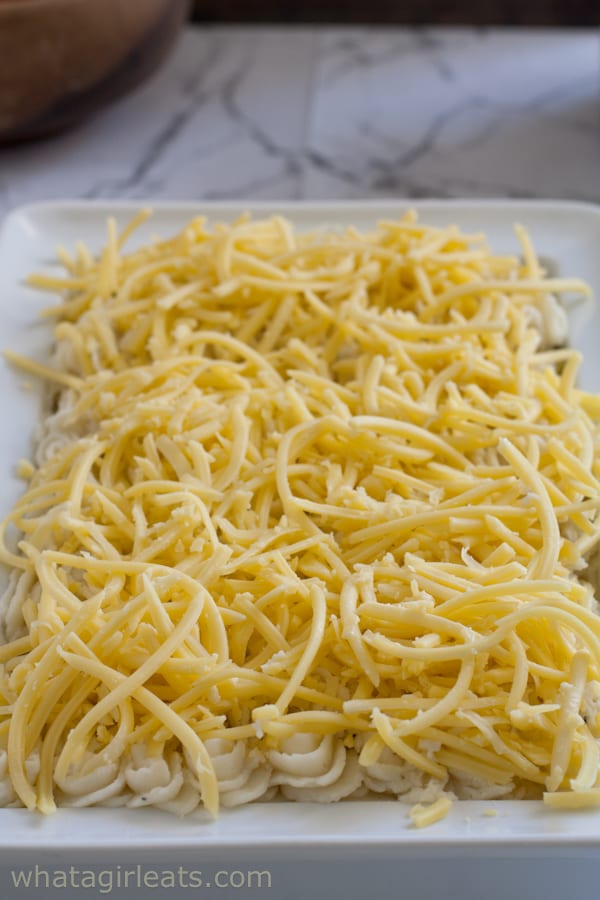 This is one of those dishes, that if you ask 10 cooks how to cook a Shepherd’s Pie, you’ll get 10 different recipes. That’s the beauty of cooking, adapting, modifying, and putting your own twist on it. 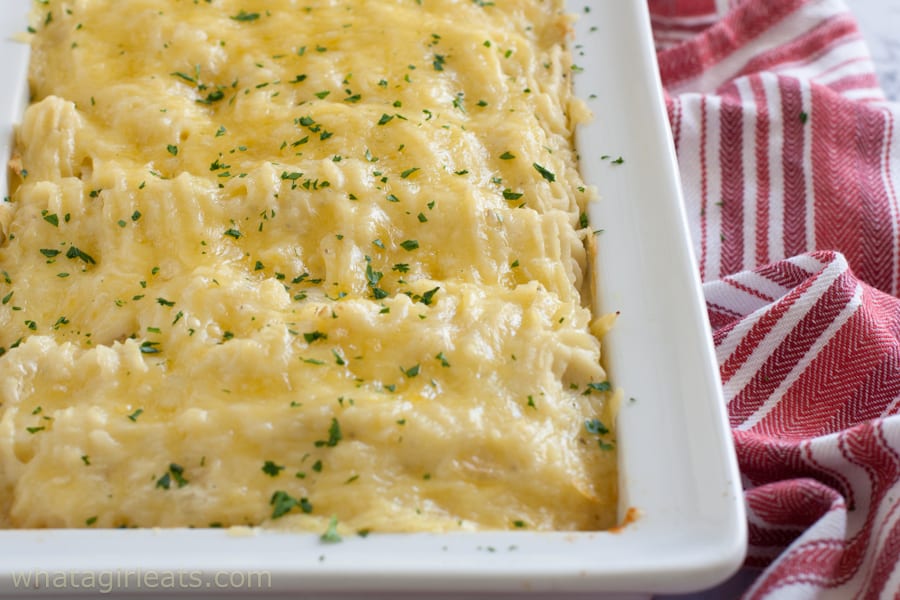 Bake, covered until hot and bubbly.

My husband loves mashed potatoes and cheese, so I always make my Cottage Pie with plenty of both. I had to cook a lot of Cottage Pie when I was a cook at the John Bull Pub in Old town Pasadena, so this has evolved over the last 30+ years. The owner of the John Bull taught me her “secret” and that was to put a layer of grated cheese under the mashed potatoes as well as on top.

Enjoy your Shepherd’s (or Cottage) Pie. 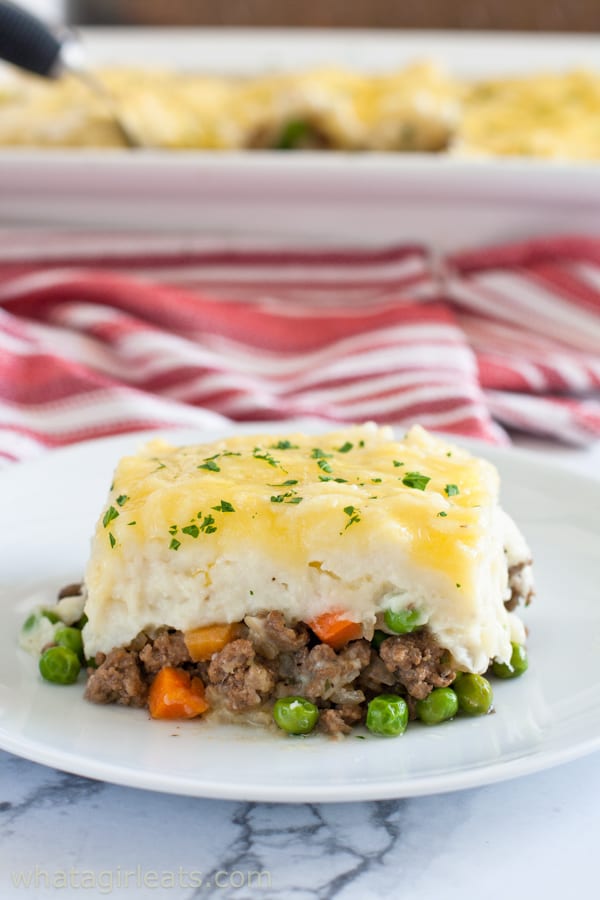 (Post script; it was a full year before I cashed in my first Traveler’s Cheque and another 4 months before I asked for the return ticket home.)

Some of the items used in this post are available at my Amazon Affiliate store at no additional charge to you. Thank you for your support. 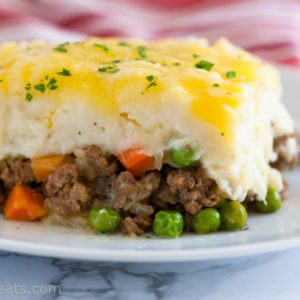 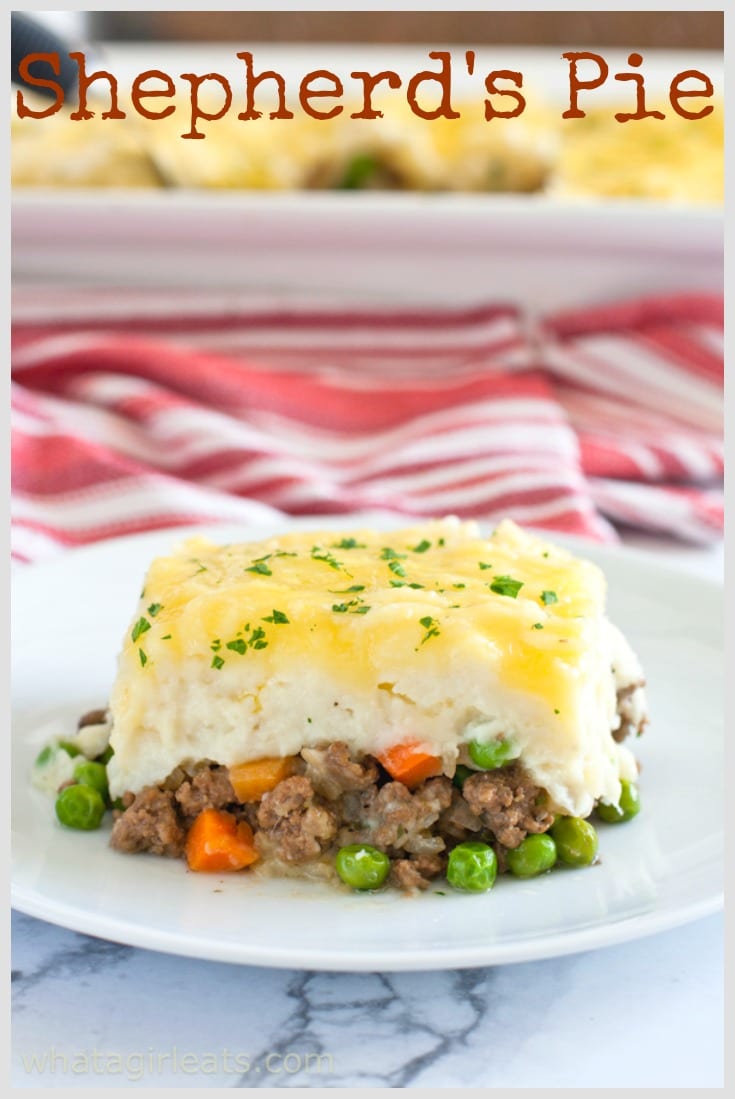