Homemade cinnamon rolls are the perfect start to any weekend breakfast or brunch. 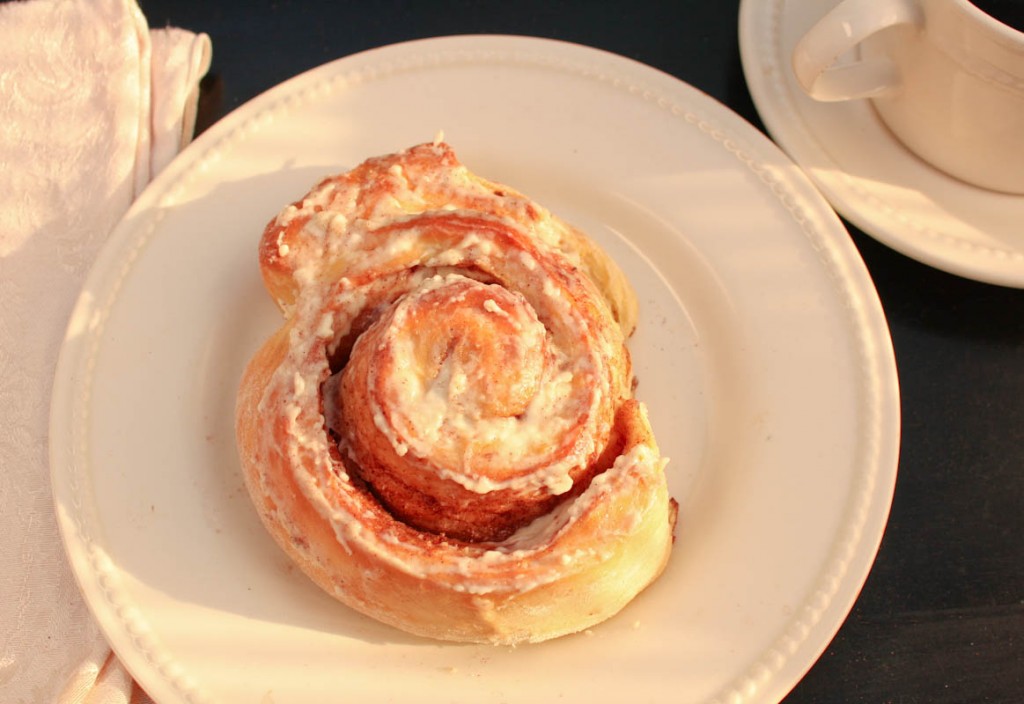 I don’t make homemade cinnamon rolls very often, so they are definitely a treat. But when we have overnight visitors, I like to make a big breakfast, and these are a nice addition.

Since the holidays are coming up, I will be having a lot more guests.  The best thing about these cinnamon rolls is that they can be made the night before, covered with plastic wrap and allowed to rise in the fridge.

To make homemade cinnamon rolls, start with a good recipe for challah dough: 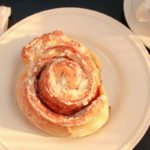 Print
Challah Dough
Homemade Challah dough. Makes four 1lb. loaves. The dough only lasts 5 days in the fridge, so if you're not going to use all of it, you can freeze the remaining dough, or cut the recipe in 1/2. (I usually just make a half batch)
Course: Bread
Author: Cynthia McCloud Woodman
Ingredients
Instructions

The next morning, pull the cinnamon rolls out of the fridge and let them finish rising on the counter for about an hour. While they’re baking, I scramble some eggs, fry some bacon, cut up some fruit, and set a pretty table.
The dough is the enriched version from Artisan Bread in Five Minutes A Day, By Jeff Hertzberg and Zoe Francoise.

Use the challah dough, along with this recipe, to make homemade cinnamon rolls: 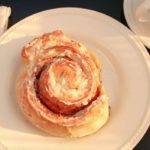 *If you want to make them the night before, prepare all the way through step 7, then set them on the baking sheet loosely covered with plastic wrap. They will rise slowly in the fridge. The next morning let them rise for about an hour. Bake at the same temperature and time as above.