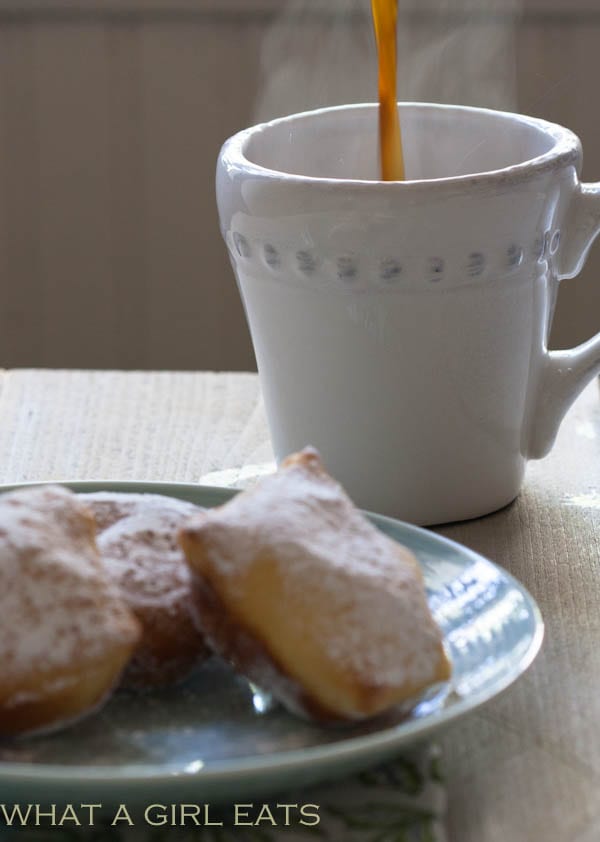 New Orleans is just about the best place ever for a party. And so it was. One of the mandatory stops on any trip to New Orleans is a visit to Cafe du Monde for Beignets and Coffee. While Mardi Gras really isn’t the major event in LA that it is in the South, right around this time every year, is a good enough excuse for me to make a King Cake, or in this case, Beignets.

This homemade beignets recipe is an adaptation from several sources. 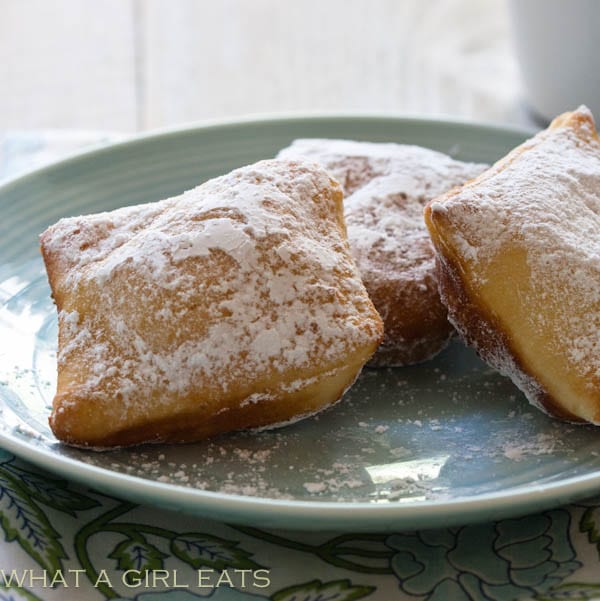 Really just a square doughnut, every culture has some sort or fried dough dessert that uses up all the flour, dairy and fat in the kitchen in preparation for lighter or more ‘enlightened’ meals during Lent. This was actually my first venture with Beignets. I’ve made churros, Doughnuts and Indian Onion Fritters before, but never this simple dessert? Breakfast? Snack? 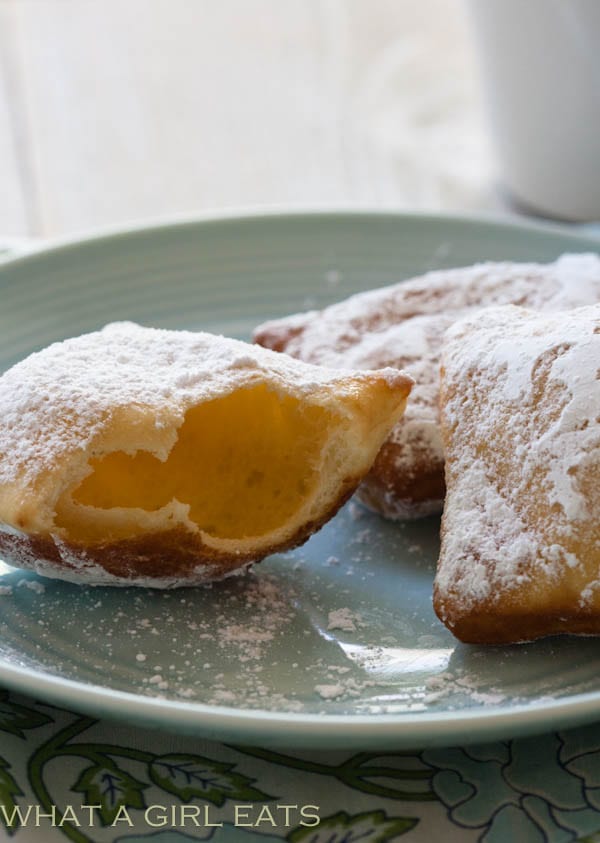 Chilling the dough definitely helps. Making it the night before and letting it rest in the fridge would be best, but we ate plenty after just a half hour of chilling. The lovely, puffy center would be the perfect vehicle for some sort of  filling, but my family of purists gave me a resounding “NO!”, when I suggested tainting them with anything other then a light dusting of powdered sugar. 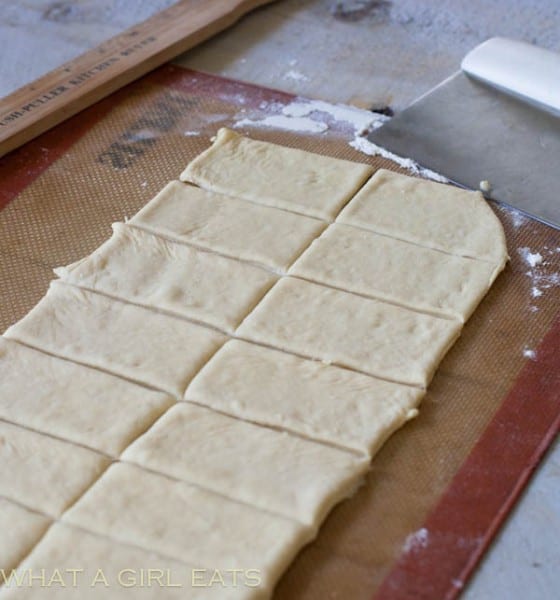 I froze 1/2 of the dough, pre-cut into 2″x 3″ pillows between layers of parchment for a future slumber party or special occasion breakfast. The trickiest bit is making sure the oil is hot enough, because it needs to be hot enough to cook them quickly. Not hot enough, the homemade beignets come out soggy and greasy. Too hot and they’ll cook too fast, raw on the inside and brown on the outside. I use a bench knife to cut the dough. 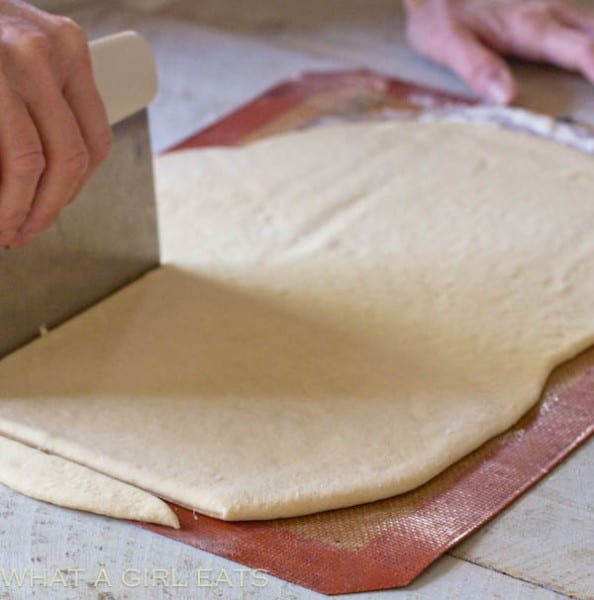 You want to keep the temperature between 365-375 degrees F. Using a clip-on thermometer is key, unless you have a Fry-Baby. 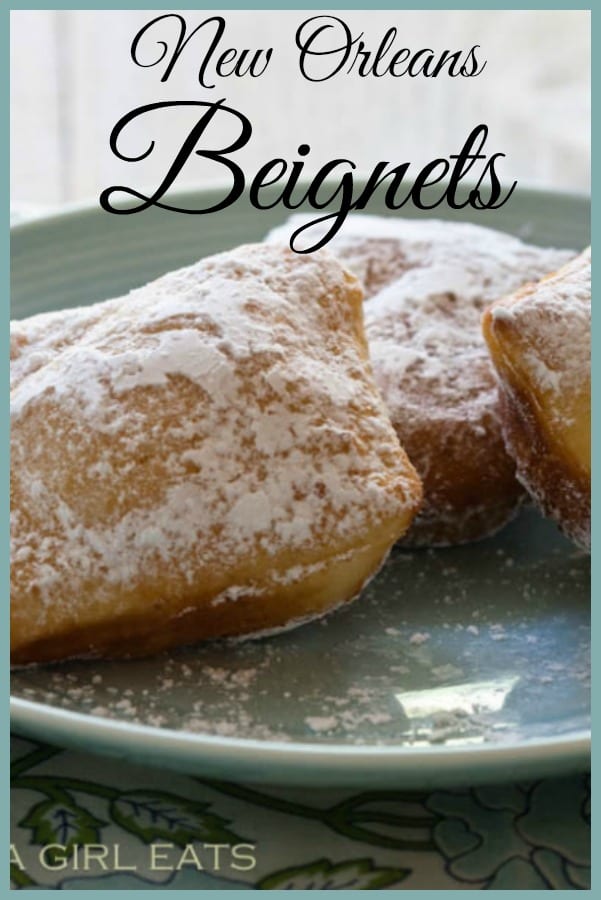 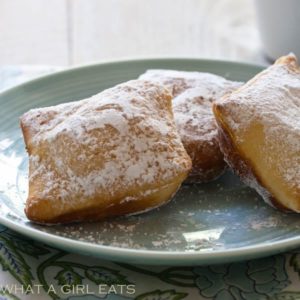