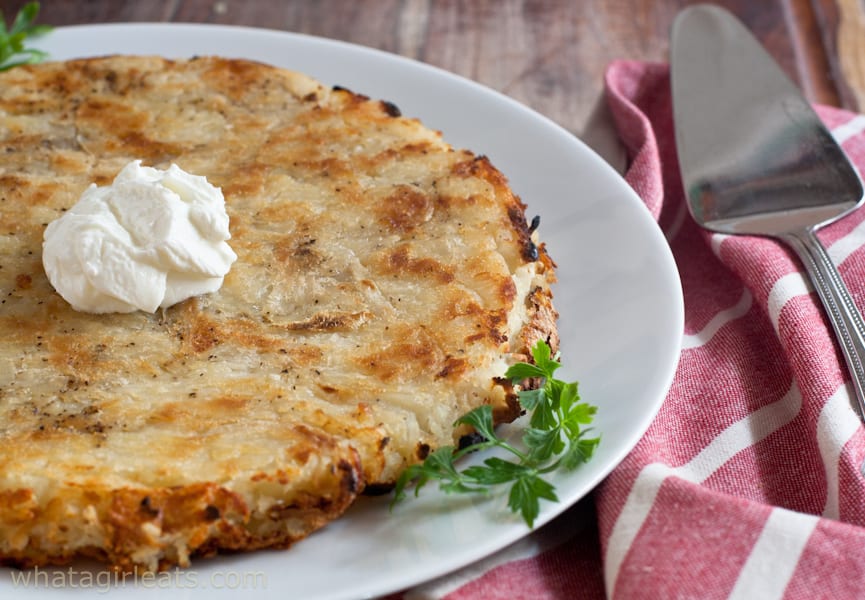 I’ve been eyeing this Swiss Potato Rosti with Salt and Vinegar for a few years, and just finally got around to making it.

Clipped from Bon Appetit, I hesitated making it, because even though the there are relatively few ingredients, the instructions seemed a lot more complicated than necessary. It makes a nice side dish to a roast dinner and is naturally gluten free and Whole30 compliant.  (This post contains affiliate links) 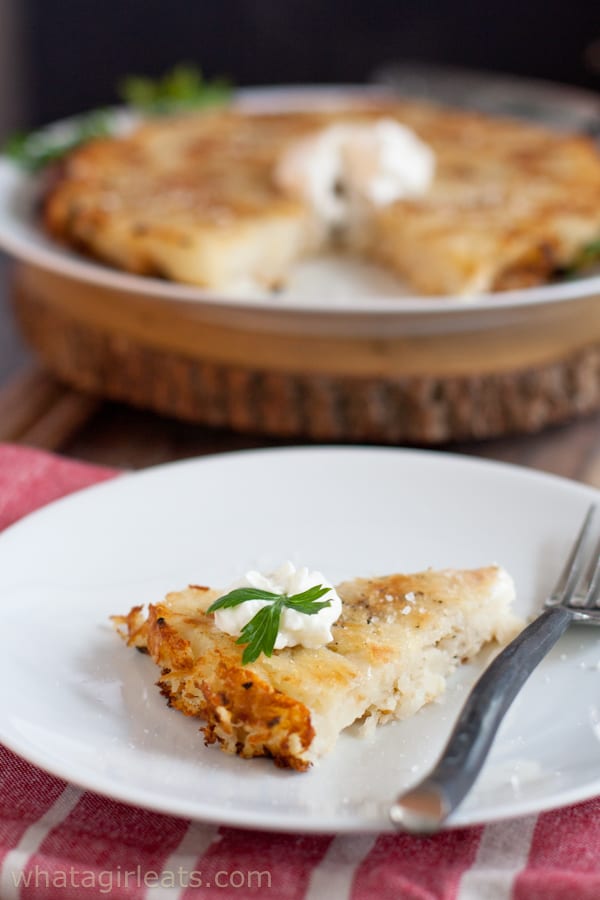 When cooking, I like to break a recipe down into the “big picture” before attempting, which meant reading the whole recipe through to get an idea of the steps involved. Rosti is like hash browns, but formed and baked. For this version, the potatoes are par-boiled, or pre-cooked slightly, then shredded. 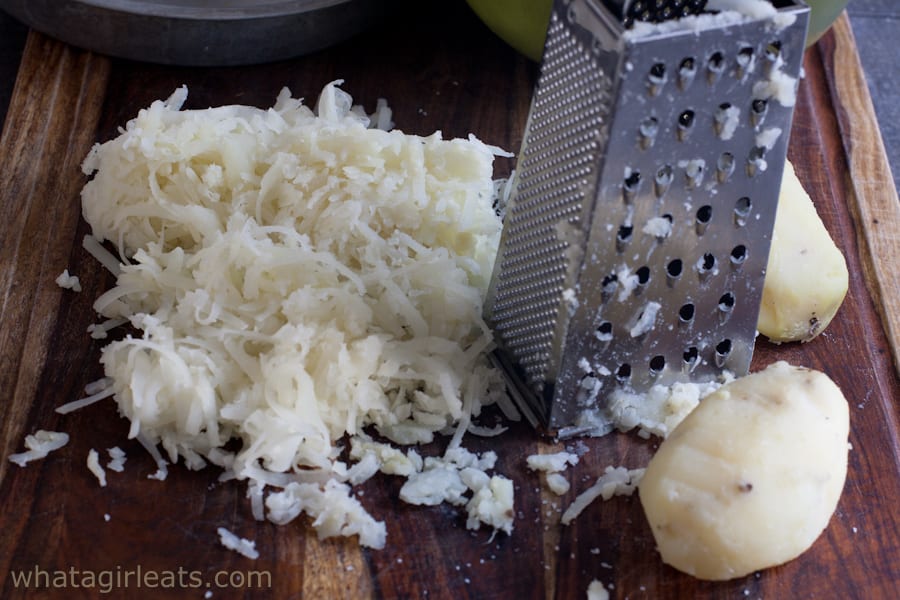 Then the onions are tossed with salt and vinegar, before being mixed with the shredded potatoes. 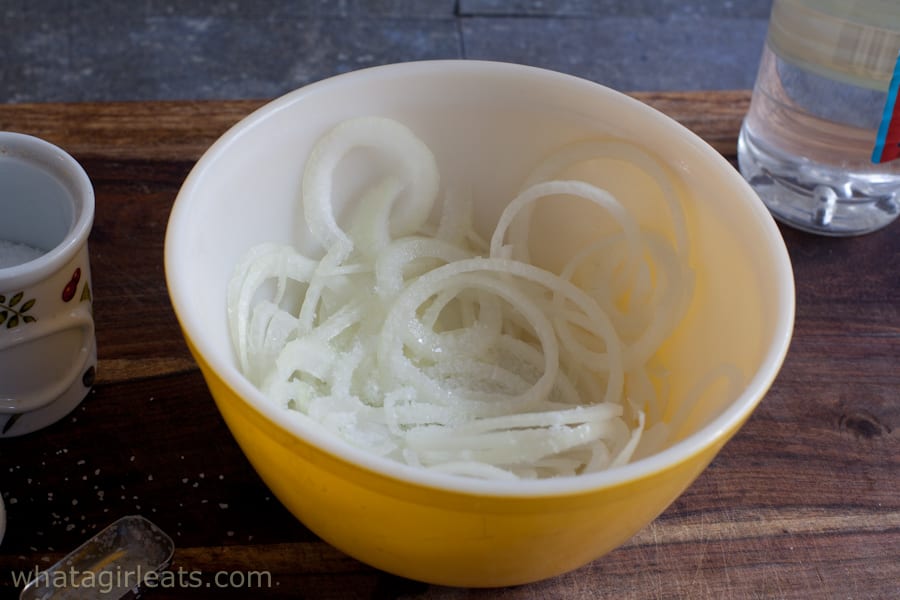 Onions are soaked in salt and vinegar before being combined with the shredded potatoes.

The whole mixture is then pressed into a cake pan and baked. I used a second cake round to press the top of the potato cake down firmly. 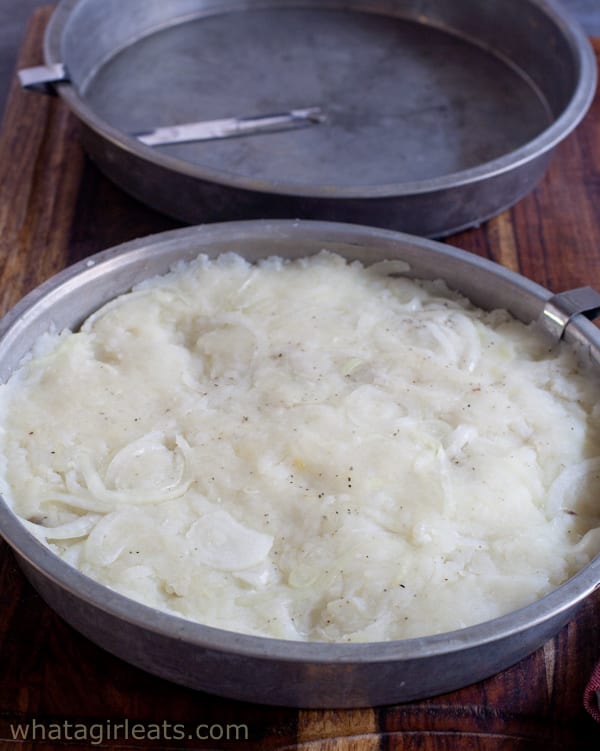 Press potato and onion mixture into a 8″ cake pan.

Finish the Rosti by browning it under the broiler on both sides. 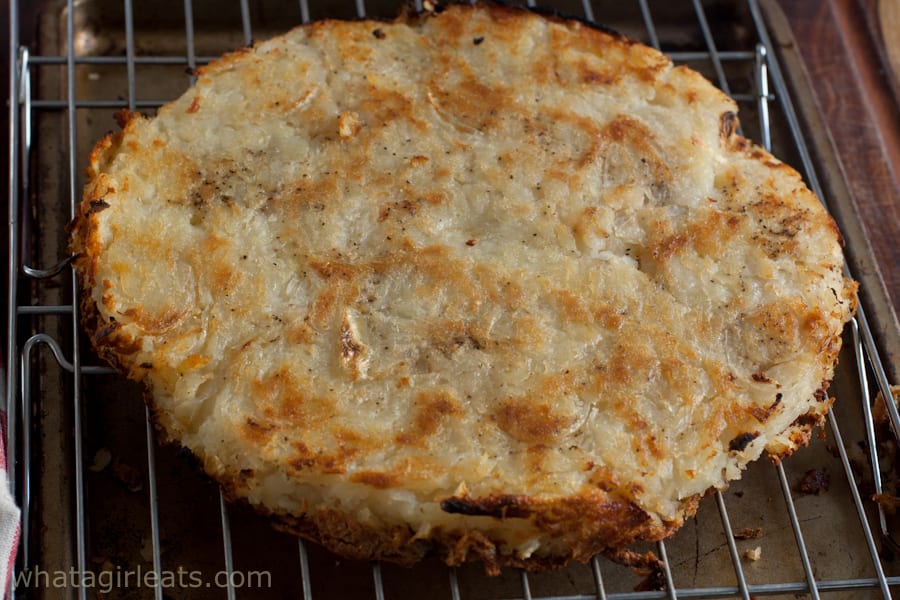 Brown the finished potato cake under the broiler.

The nice thing about side dish is that you can bake it ahead of time, then re-heat and finish it under the broiler before serving. 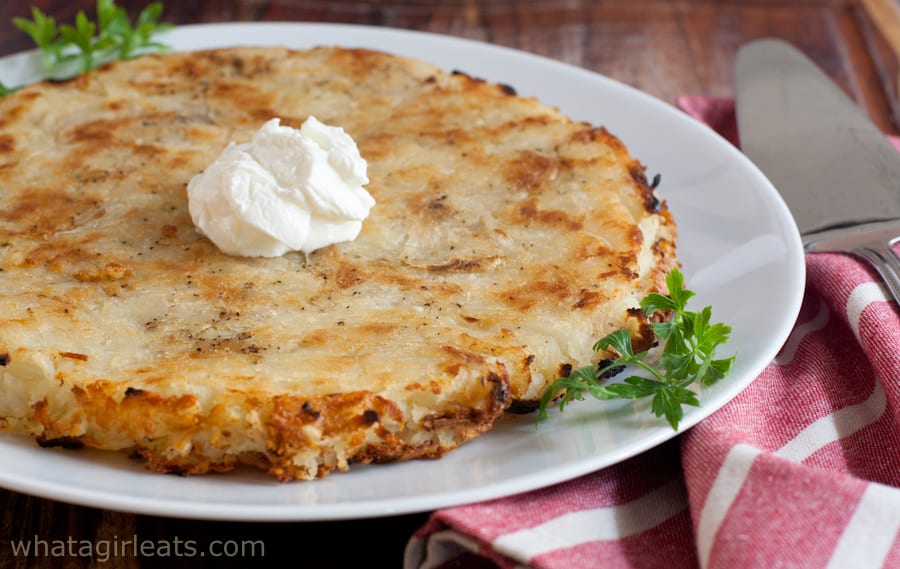 If you like salt and vinegar potato chips, you’ll love this Rosti with Salt and Vinegar!

Make ahead tips: Parboil the potatoes for up to a day before and stored in refrigerator. Pre-made rosti can be made  several hours before serving. Reheat at 300 for 10 minutes, or until warm. Crisp under the broiler if necessary.

Some of the items used in this post are available here for your convenience, at no additional charge to you. 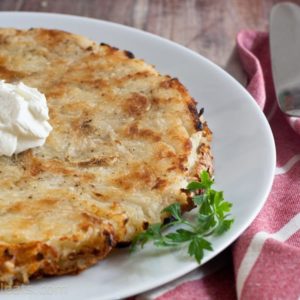 Swiss Potato Rosti with Salt and Vinegar is gluten free and whole30 compliant.