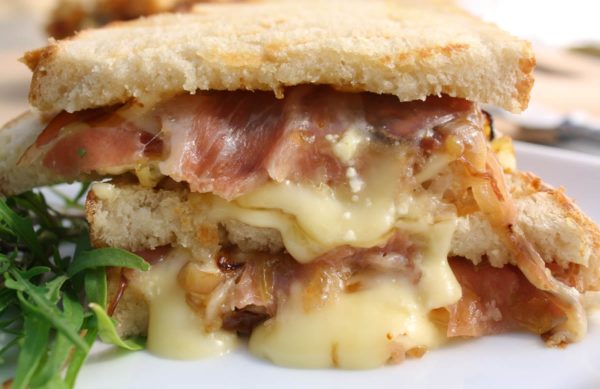 Brie and prosciutto Panini with fig jam and caramelized onions

Have you ever had something on your mind and you just couldn’t get it out of your head? I had that feeling a couple of nights ago, at one of my book clubs. We were suppose to discuss our recent book pick ,
“In the Garden of Beasts”, by Erik Larson about the Second World War and the Nazis. But, Kim who was our hostess, had set a beautiful arrangement of hors d’oeuvres for us to enjoy. One was a simple brie with Fig Jam.
This would ordinarily not impress me so much, until I heard of the escapades involved in obtaining said figs. Apparently tree climbing and the roof were involved. Linan and Kim had joined Ann at her house to pick figs, and then had spent the rest of the afternoon turning them into jam. 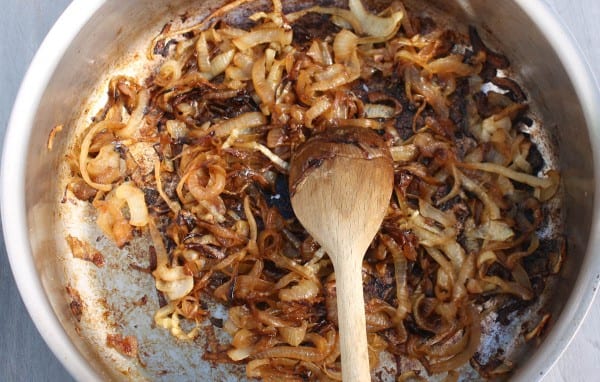 Cook them slowly over a medium-low flame. A little sugar helps the caramelization process.

I wouldn’t say, as a rule, that I am a fig craver, but while we were discussing the Nazis and WWII, I kept staring at the ruby sauce that was covering the brie. The crackers were nestled up against the cheese and were whispering my name.

“Cynthia…Oh, Cynthia, don’t you want to taste me?“

Well, yes I did. But I also didn’t want to appear too greedy. Finally, I could wait no more. I am only human, for Pete’s sake…and the brie was just sitting there, so close to my knees, beckoning me…what was a Girl to do? Just a tiny bite…that’s all I needed. But I couldn’t stop there. I took another bite, and another.

Oh, please don’t hate me for thinking about food when I really should be thinking about books! But sometimes, the mind goes where it wants to…there’s just no controlling it. So, as with most things I do, I would not be satisfied until I could taste it again.

I spent the next day searching the internet for a place to buy fig jam locally, when I ran into my friend, Wendy, from Sierra Madre. “I’ll bet you can find fig jam at E. Waldo Ward’s”, she told me. A quick search proved her right. E.Waldo Ward & Son, has been in Sierra Madre since 1891. In addition to the Kadota fig jam, Ward’s has a large selection of jams, preserves and jellies. A quick stop on my way home from work on Friday and then another to Trader Joe’s for some really runny, French brie and prosciutto and I was that much closer to my fantasy. I could hardly wait until Saturday lunch. I caramelized a couple of onions before soccer so they’d be ready when I got home.

This panini sandwich was everything I hoped it would be and more!

Oozing brie with a bit of the salty prosciutto and the sweet and salty onions with just a hint of the fig jam! Heaven in a bite! 2015 update: Since acquiring my own fig tree, I now am able to make my own Fig and Ruby Port Jam! 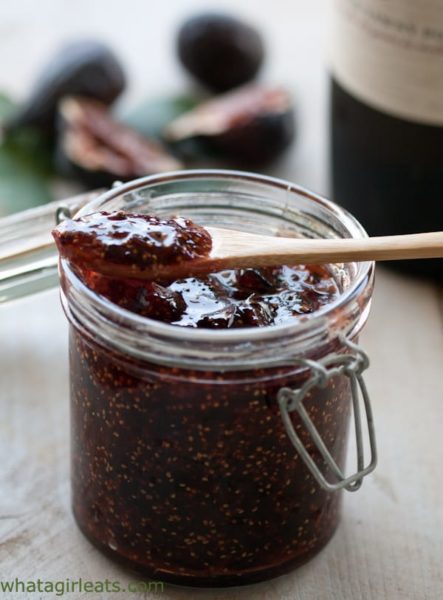 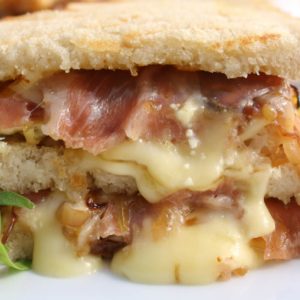 If you’re not in the mood for an entire panini sandwich, you can also make a “petite” version, which makes a great little appetizer! 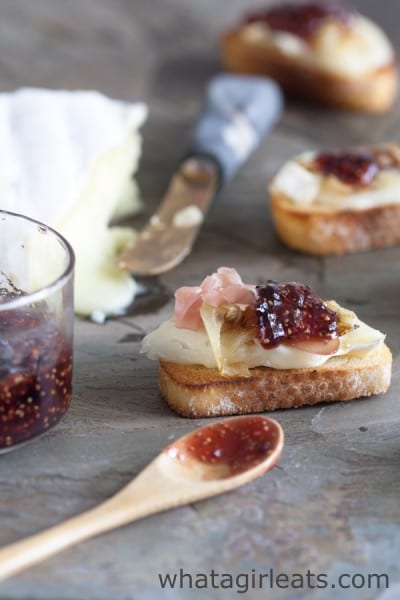 Brie and Prosciutto Panini with Caramelized Onions and Fig Jam.