Sophie visited Carmela Artisan Creamery, in Pasadena, a few times before I ever went there myself. 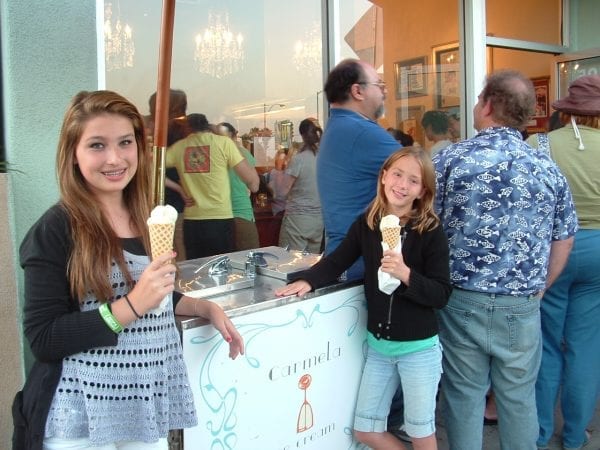 She came home raving about the lavender honey ice cream. Last night, after a sleep-over, Spencer took us all to Carmela’s on Washington and Altadena Dr. in Pasadena. Carmela’s is not the place you want to go to stuff your face. I’m definitely a take-it-or-leave it kind of a gal when it comes to ice cream. But the thought of that lavendar honey version kept beckoning me.
Carmela’s lets you sample every flavor they have. After tasting nearly every flavor, (I gave the Guinness a pass) I had to have the lavender honey. The flavors marry so well, it’s not like you get a slap on the face of either flavor, but rather just a kiss on each cheek. This is the sign of a well made ice cream.
On July 10th, we took another trip to Carmelas Artisan Creamery with our house guest, Sarah. They were packed, but they still take the time to let you taste any flavor you want! This time I gathered up the courage to try the Guinness. WOW! The flavor of the Guinness comes through, but it’s sweetened with molasses. Delicious! That was my scoop for the night! Sarah had the Cucumber Sorbet and Sophie had the Brown Sugar Vanilla Bean. By the time we left, the line was out the door! 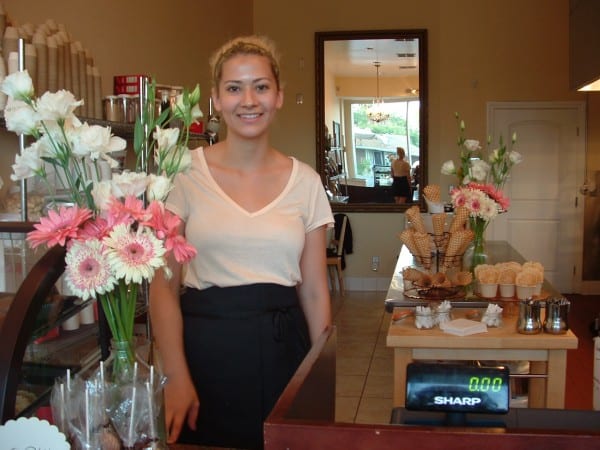