Chicken in yogurt sauce, also known as Moorgir Rezala, is an Indian dish that is full of flavor! 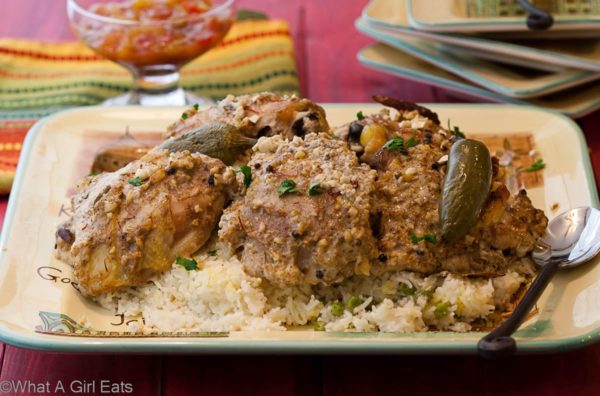 Moorgir Rezala on a bed of Saffron Rice.

Of all the places I’ve traveled, India is one of the most captivating. Stepping off the train in Jaipur, located in Rajasthan, (north eastern India) was like entering the set of
an Indiana Jones movie. The auto rickshaw  we picked up at the train station, was open on all sides, and as we clutched our luggage, hats and camera in our free hand our intrepid driver twisted through the streets of Jaipur, narrowly avoiding the sacred cows sitting placidly in the center of the dusty streets. Beautiful women in saffron and paprika colored saris, stood in front of shops, selling their exotic spices. The cacophony of sounds, the sights, the smells, still reverberate within me. 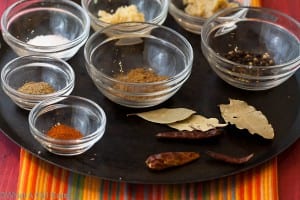 I have tried often to recreate the meals we had in India. The subtle blend of spices, the rich flavors languishing on my tongue. When I was asked if I would like to be one of several bloggers to cook from Rinku Bhattacharya’s cookbook, The Bengali Five Spice Chronicles, Exploring the Cuisine of Eastern India, I jumped at the chance.

After all, I’d actually travelled throughout India, though not to Bengal. Rinku has a website called Cooking in Westchester. She was raised in Kolkata, India, but has lived for nearly 25 years in the U.S. and currently resides in Westchester, New York.

**Disclaimer. Although I received a free copy of this book, I was not compensated. All opinions stated are my own.

I was excited when I received my copy of her book in the mail. But rather than browse the recipes, I lost myself in the “novel” quality of her book. Half cookbook, half auto-biography, this is just the kind of book I love, stories enveloped in food, intermingled in life…thoughts of cooking, preparing, sharing, and the company we keep when we make those memories.

The first recipe I chose was Chicken in a Creamy Yogurt Sauce, or Moorgir Rezala.

After a quick perusal of the ingredients, I realized I had  everything on hand needed to make it. Spencer and I both tasted it at the same time and our reaction was a collective “mmmm!” Neither recipe was particularly time consuming and I’ve noted a few changes I made for those may not have access to an Indian grocery store.

I served the chicken in yogurt sauce with Major Grey’s chutney on the side. 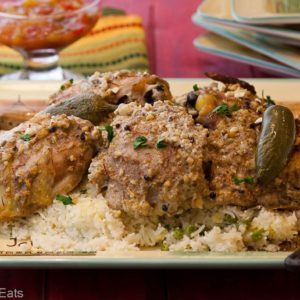 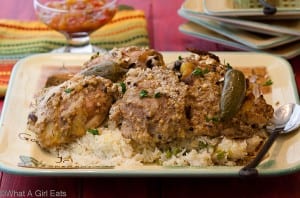 *Bengali garam masala is a combination of cinnamon, cardamom and cloves, and is a slightly different blend than the powdered version I used.