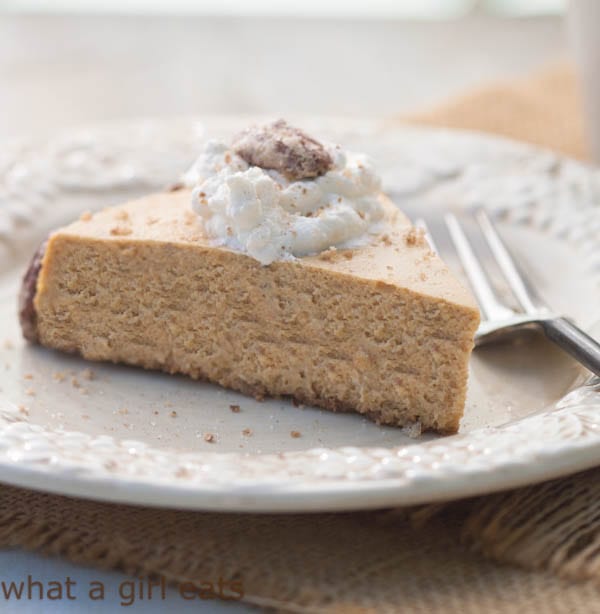 Cheesecake is my all-time favorite dessert. I’ll take cheesecake over chocolate or regular cake any day.Well, unless the cake is carrot cake. But then again,CREAM CHEESE!Fall is my favorite time of year, so hello pumpkin! Cooking with pumpkin in February doesn’t have quite the same feel as it does during the Fall. So I can barely wait until September to start cranking out pumpkin recipes. This Gluten Free Pumpkin Spice Cheesecake is a perfect fall dessert. I’m not really a fan of traditional pumpkin pie. It seems just too pumpkin-y. Adding cream cheese to the pumpkin lightens it up. I used the Joy of Baking’s recipe, but adapted the crust to gluten free, by substituting gluten free ginger snaps for the graham cracker crumbs. 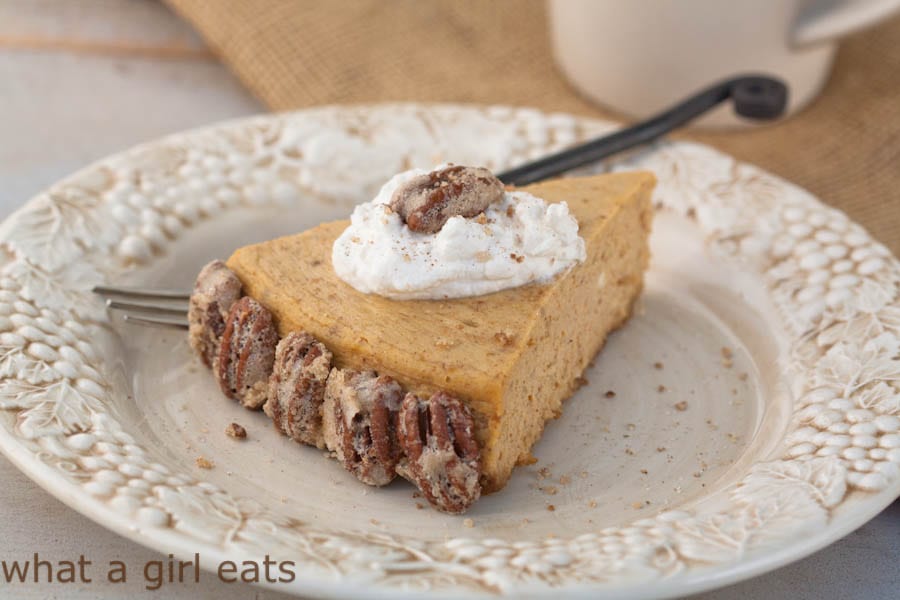 Spiced pecans dress up the crust

Adding chopped pecans gives the cheesecake a nice crunch factor. Each slice is topped with Emeril’s recipe for Bourbon Whipped Cream, but I substituted maple syrup for the sugar and then finished the edges with Sugared Pecans. You don’t have to get quite that fancy if you don’t want to. I just pressed the sugared pecans into the cake when I took it out of the springform pan and before it had a chance to cool completely. 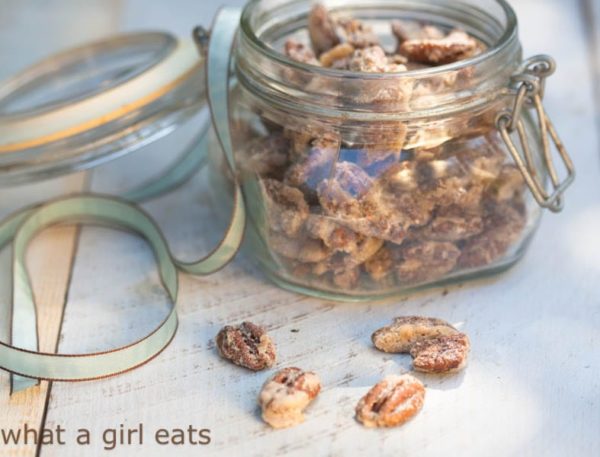 Aside of topping the cheesecake, the Sugared Pecans also make a great Edible Gift! 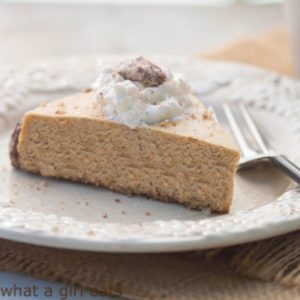 Top the cheesecake with a few sugared pecans. 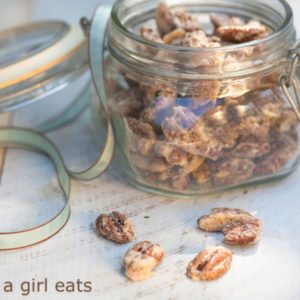 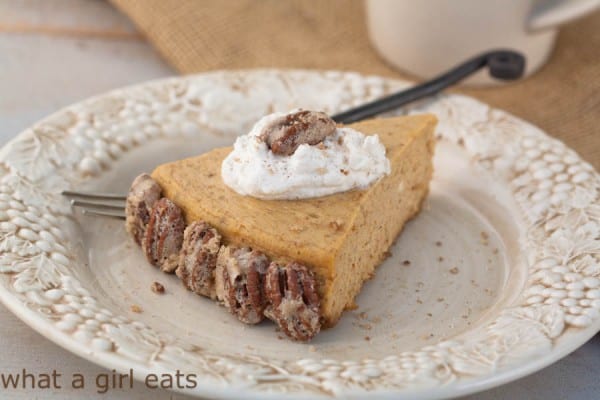 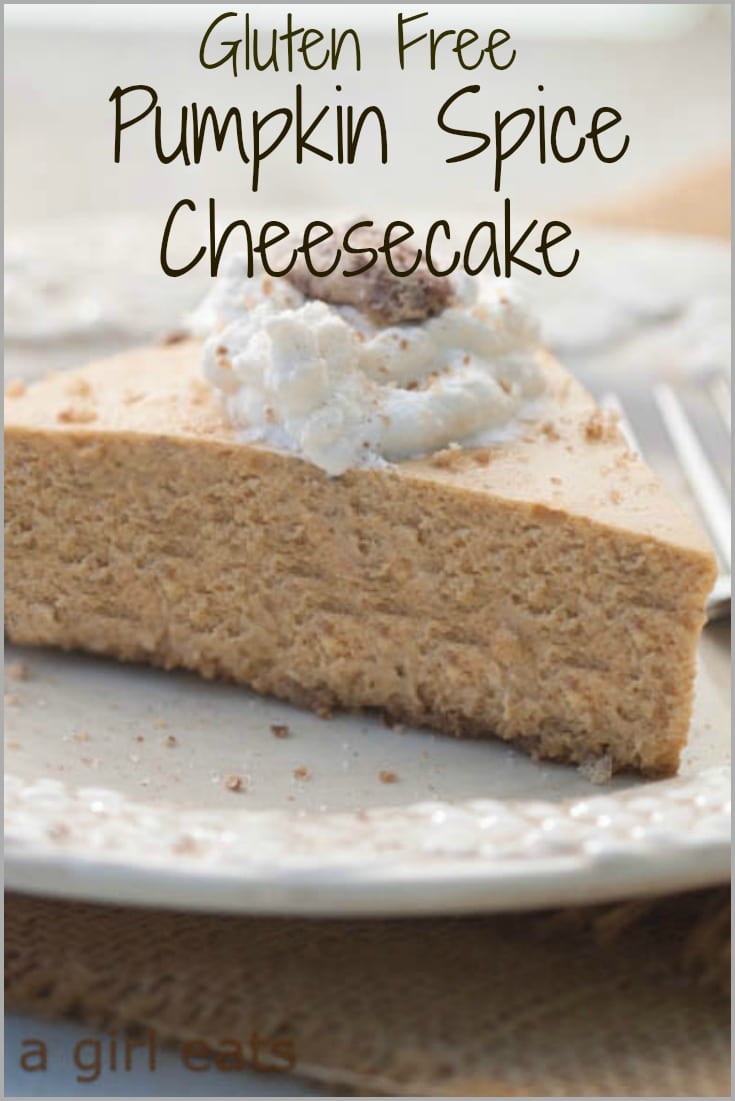 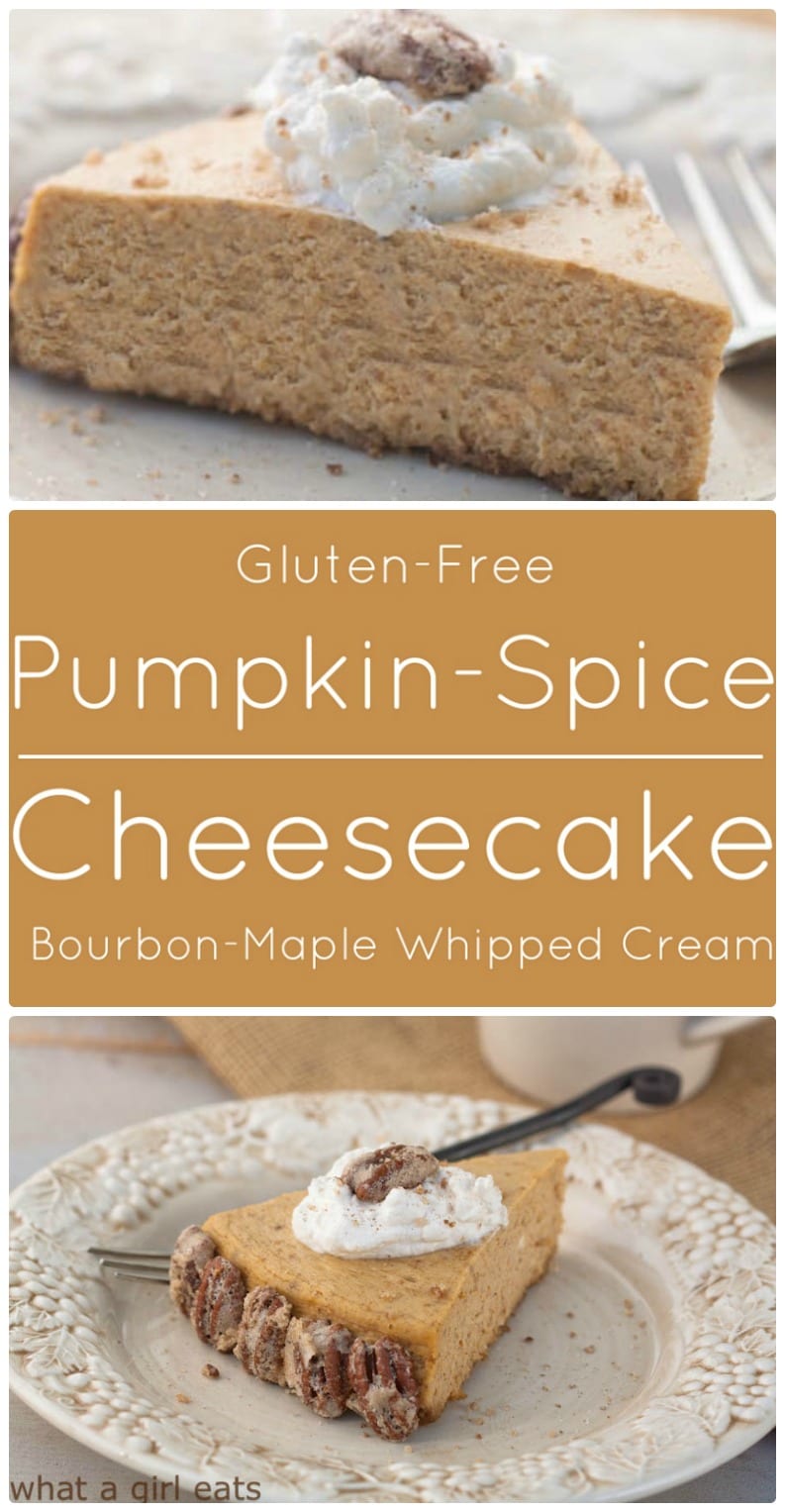