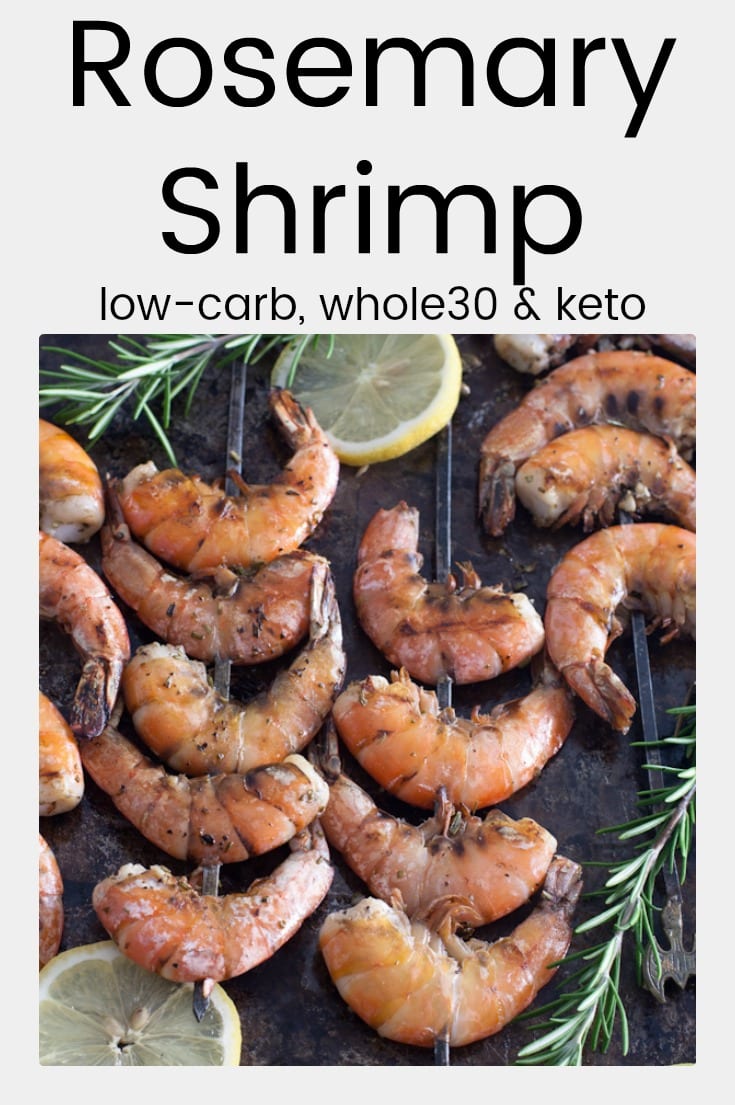 Grilled rosemary shrimp is an easy dinner recipe to make, and it is packed with flavor! It’s low-carb, Keto friendly, and Whole30 compliant. 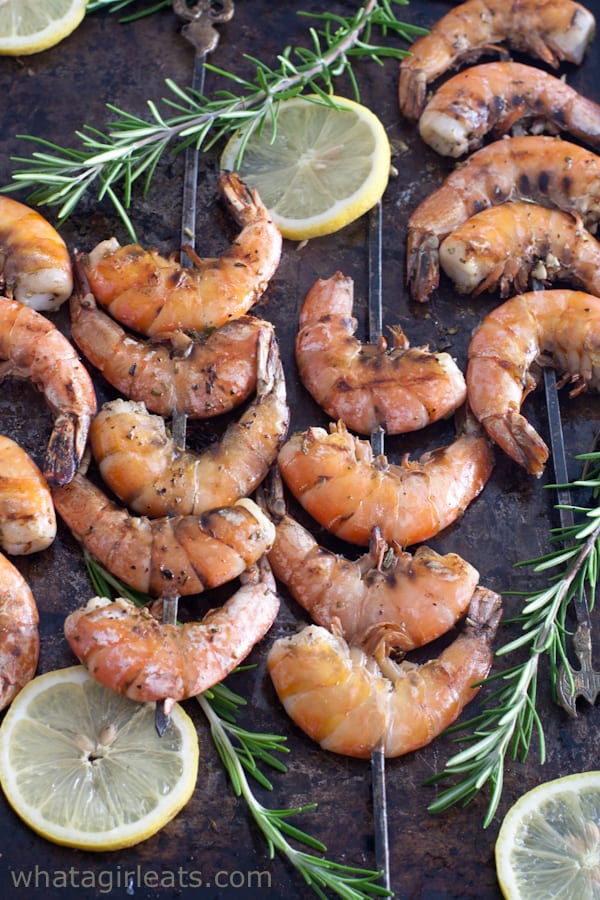 We love grilling this Rosemary Shrimp in the summer. There’s something about the smell of the BBQ and the casual atmosphere that makes it one of my favorite ways of cooking. Especially since it doesn’t require heating up the kitchen. This grilled shrimp marinade has all the delicious flavors to make it a summertime favorite. (This post was originally published on May 13th, 2013 and has been updated to contain nutritional information. As an Amazon Affiliate, I may earn commission on qualifying purchases.)

What Makes this Grilled Rosemary Shrimp Keto and Whole30 compliant?

The ingredients! When you stop cooking with, mixes, boxes, canned soup and other packaged products, and just use simple ingredients, it’s amazing how many dishes become instantly healthier. We’re taught that the Mediterranean Diet is the gold standard for healthier eating. This shrimp recipe fits the bill. 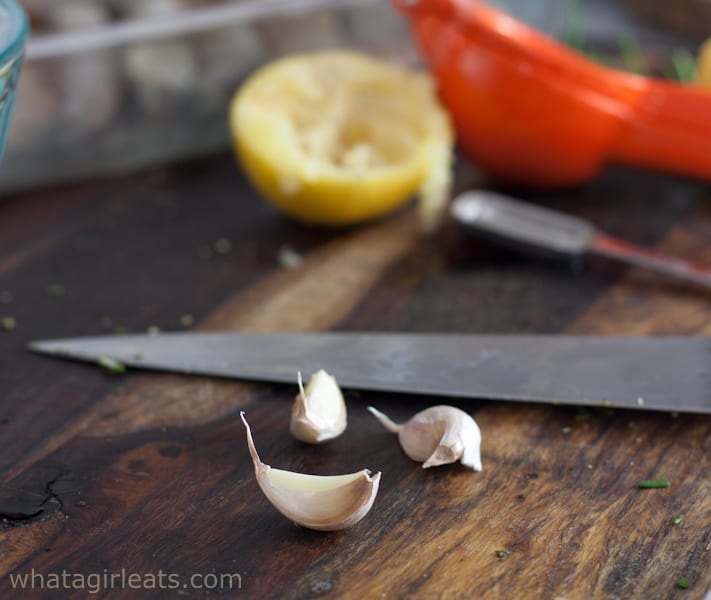 Just olive oil, lemon juice, garlic, rosemary, salt and pepper, are all that’s needed for this deliciously simple recipe. Because there is no dairy, it is also Whole30 compliant. I’ve been using this simple marinade for years. Who knew 30 years ago that it would one day be considered Whole30 and Keto as well?

What size shrimp should I use for grilled shrimp?

Use the largest size shrimp you can afford. Using small shrimp will not have the same results. If you can, look for wild caught shrimp. Again, this is not a “budget” recipe. But it’s still so much further than going out to eat in a restaurant!

A word about shrimp sizing.

In the culinary world, shrimp are referred to not by terms like “jumbo” or “extra large”, but rather by approximately how many are in a pound. So for example, a chef might ask for 10-15’s or 16-20’s depending on the dish he or she is preparing. For something like Ceviche, you can choose shrimp that’s much smaller, say 21-25’s, or even 25-30’s. For this recipe, I found “10-15” shrimp, and bought a little over a pound. I counted 18 shrimp. 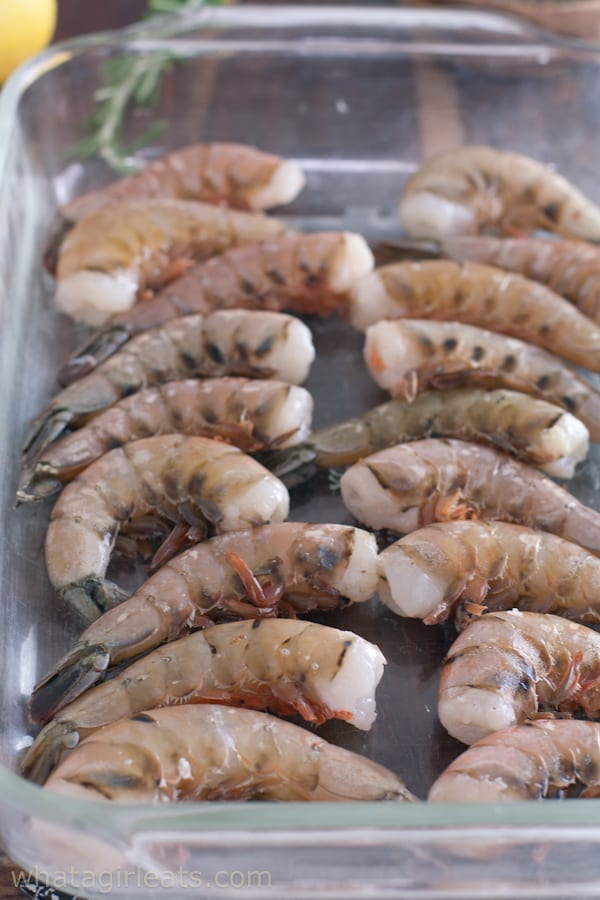 Can I substitute ingredients for grilled shrimp?

While you can sometimes substitute ingredients in a recipe in a pinch, this is one time when you’ll want to use quality ingredients. For this recipe, you’ll need fresh lemon juice, fresh, not jarred or powdered garlic and fresh, not dried rosemary. When you cook with so few ingredients, you’ll be able to taste each ingredient, so make sure it’s the best! 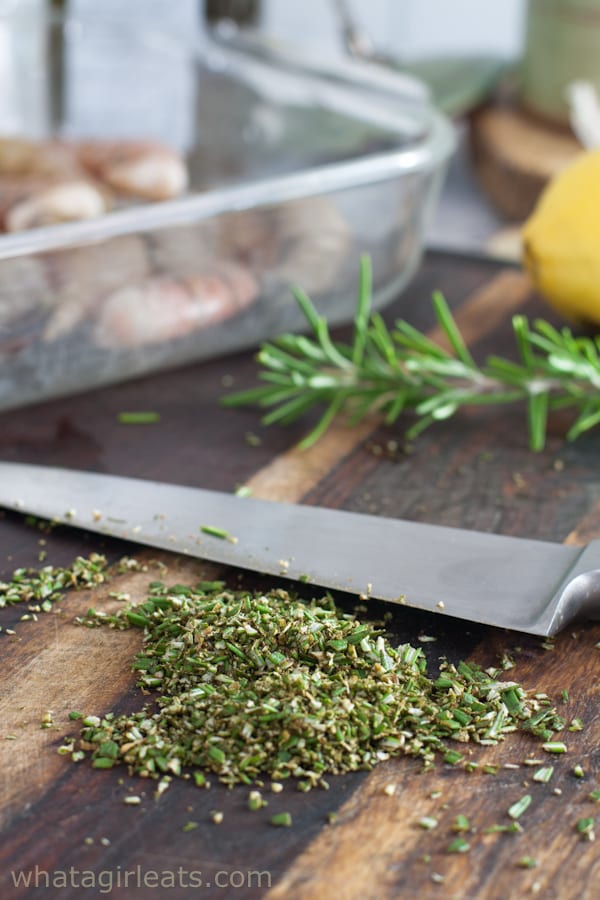 How long does shrimp have to marinade for?

The nice thing about cooking with fish and seafood, is that it doesn’t need to marinade for very long. Marinate this shrimp for between 30 minutes to one hour. 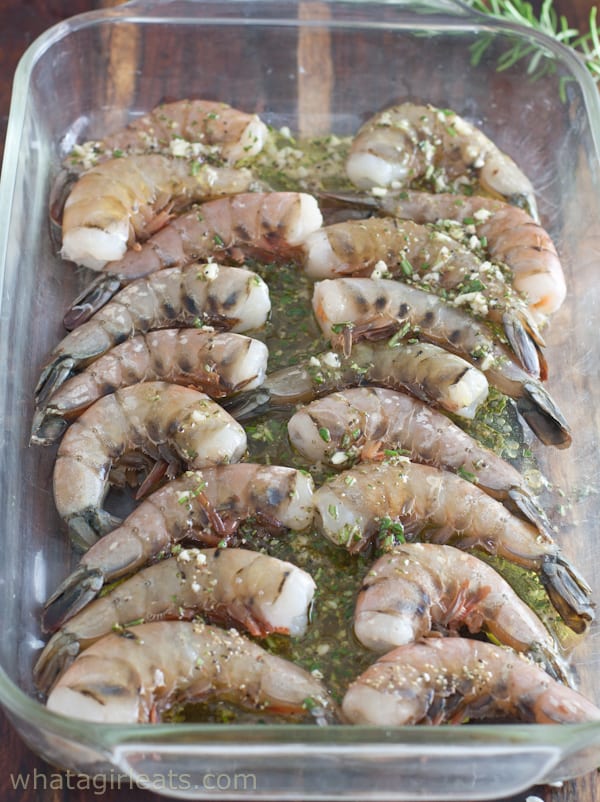 What’s in this grilled shrimp marinade?

You can read more about the differences between “marinate”, “marinade” and “macerate” here. A marinade needs to have an acid, an oil, and seasoning. 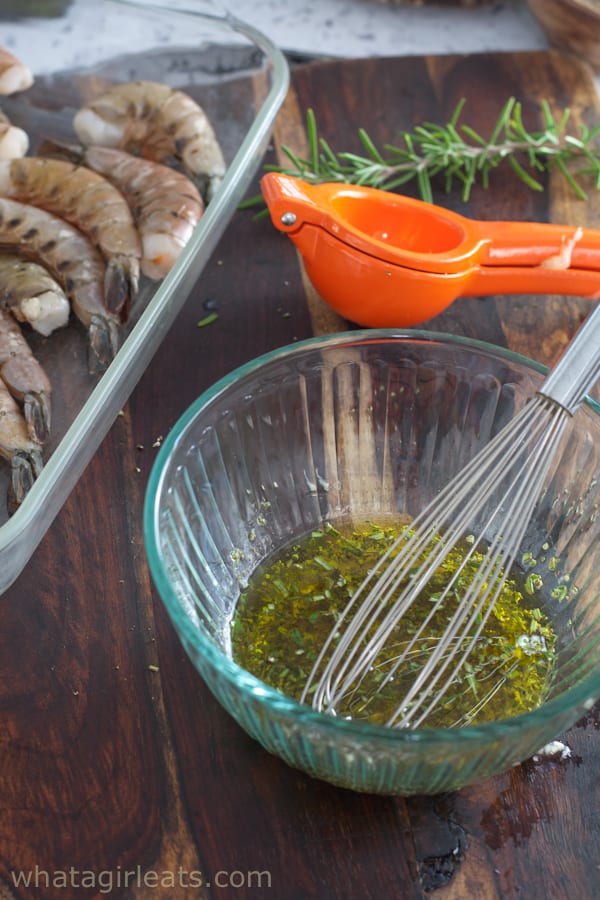 The acid of the lemon balances nicely with the strong resiny rosemary. As with any recipe, check the flavor of the marinade before adding it to the fish. Check for balance. Does it taste delicious? Is it too acidic? Add some more oil. Is to too “oily”? Add some additional lemon. Remember to season liberally with salt and pepper. Is it garlicky enough for you? I used three garlic cloves, but as with anything, my cloves could be smaller, my lemons larger than yours, so that’s when personal tastes comes into play.

What can I serve with grilled rosemary shrimp?

Since this is a Mediterranean inspired dish, I like to serve Grilled Vegetables or a Greek Salad. I sometimes serve it with cauliflower rice for me, and Golden Rice Pilaf for my husband and daughter. The best part about this dish? I can have dinner on the table in under 45 minutes. 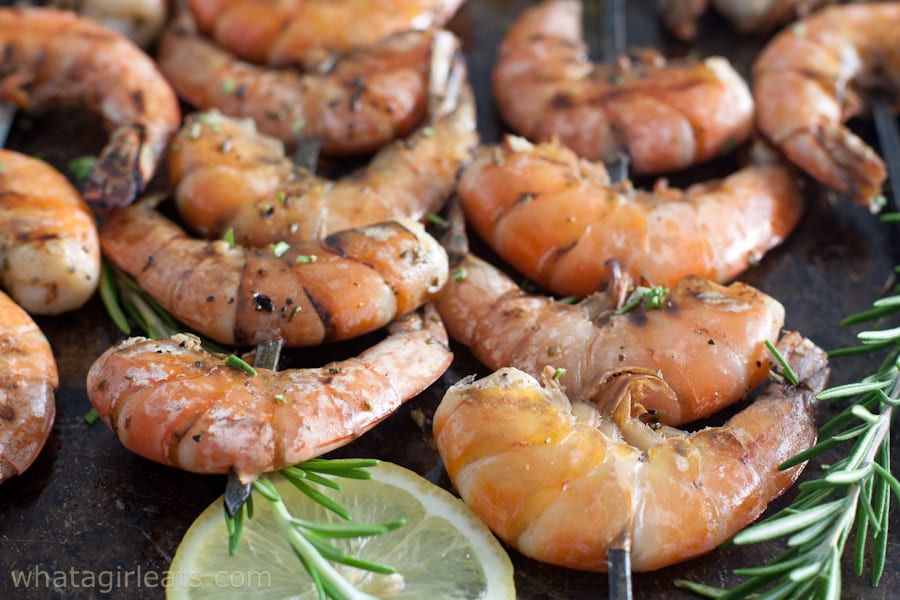 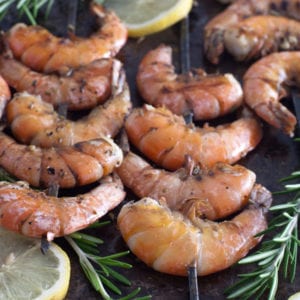 Cynthia
This simple marinade is Whole30 compliant and takes just 30 minutes from start to finish. Serve it with rice pilaf or a Whole30 compliant side dish. A note about the nutritional information; since the marinade will be discarded, the values for fat for each serving will go down by more than half.
5 from 4 votes
Print Recipe Pin Recipe Rate this Recipe
Prep Time 40 mins
Cook Time 8 mins
Total Time 48 mins
Course Entree
Cuisine Seafood
Servings 4 people
Calories 286 kcal