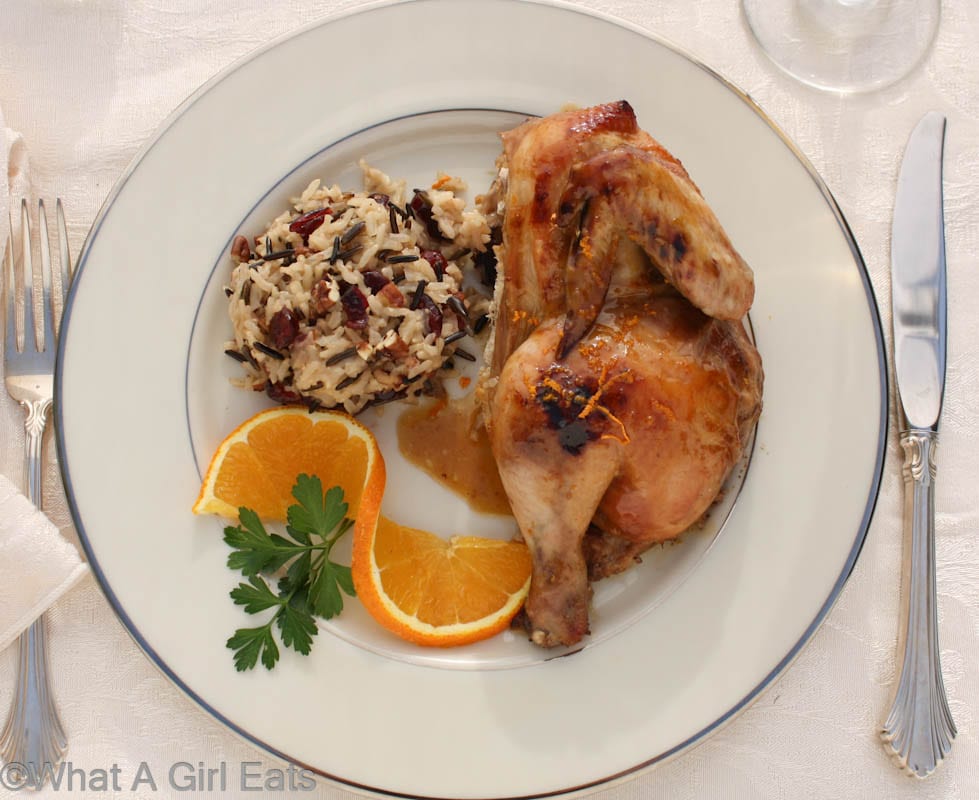 I had a built in “family” when I moved to England in 1984, attending college with Charles, whose family are farmers in Yorkshire.
I had spent time with them when I’d traveled around Europe after college.  So on weekends, I’d travel up to North Yorkshire for shooting parties. Those were great times, usually about 12 of us would stay in the house, with its dozen bedrooms.

The men would shoot game during the day and the girls would accompany them. In the evening, we’d have drinks in the drawing room, with Smoked Trout Mousse , then supper in the dining room that seated 22. Later, we’d play parlor games. It was a magical, 1940’s PBS drama, kind of time. On quieter weekends, we would go rabbit hunting to thin the population. I learned how to shoot a shotgun and a rifle, and the difference between them.

Although both the rabbit and game population were completely safe from me, I did learn to love the taste of game. My flatmates in London were all barristers. Perry, whose family owned our flat, was the son of a lord. When he would return from his own shooting weekends on his estate, he’d bring back a few brace of pheasant for us. Before we could eat them, he would hang them in our garage until they were properly “gamey”. If I recall correctly, a week or so, was about right.

When it was time to actually prepare them, Perry would have to pluck and remove the shot from the birds. This is not generally a popular job, but since I knew I probably wouldn’t have many opportunities to learn how to prepare a game bird, I offered to help him. I remember sitting on stools in the garage, plucking pheasant feathers onto newspaper and chatting about life.

I prepared a couple of pheasant for a dinner party one evening using a recipe I had clipped out of the London Times. The recipe calls for marinating the birds in strawberries for a couple of days. I think game goes really well with fruit, so I’ve developed my own easier recipe, using oranges and the slow cooker.

It calls for Cornish game hens, which is pretty much the only “game” bird you can get outside of England, unless you have friends in game-bird country.

If you do ever get to eat real wild game, it is not unusual to get some shot in your meat, and completely appropriate to set said shot on your dinner plate. I serve these Game Hens with  Cranberry Pecan Wild Rice. 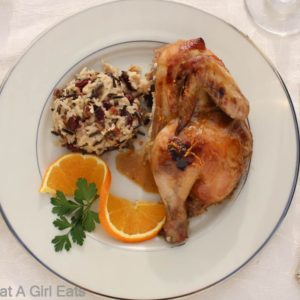