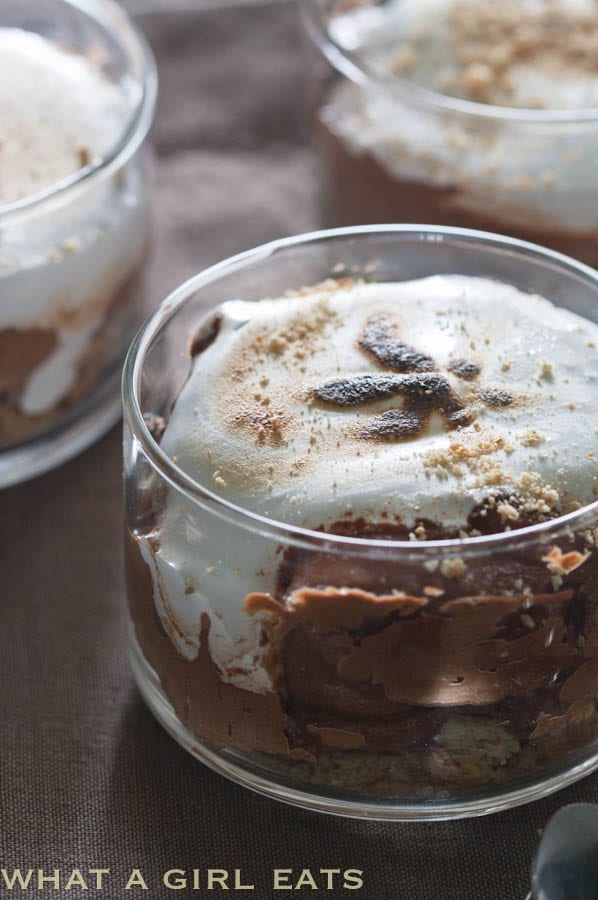 I’ve been to a couple of those, “A Taste of…” charity fundraisers in the past month. Both times, a local restaurant brought teeny, tiny s’mores sundaes in teeny tiny cups. I knew I had to make Dark Chocolate S’mores Trifles of my very own. Their version has a layer of chocolate mousse instead of a bar of chocolate. I’ve been working on my own version, but wanted to zip it up a bit and make it perhaps, a bit more “adult friendly”.

So, instead of the standard Chocolate Mousse, I added a bit of Kahlua, and some dark chocolate chunks. The recipe is adapted from Cook’s Illustrated’s version, but I definitely used Ghiradelli’s 60% dark chocolate  as recommended. Since traditional S’mores are soooo sweet, I wanted a darker, less sweet mousse to balance the marshmallow component.

I did have a few of my daughter’s friends sample the dark chocolate s’mores trifles, so I left the Kahlua out of half of them. To brown the marshmallow topping, use a small kitchen blow-torch, or place under the broiler for a minute. (Of course you should use oven-proof containers!) 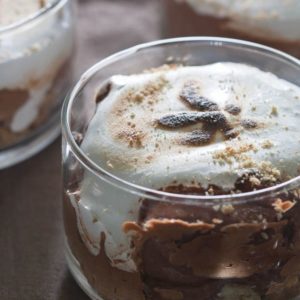 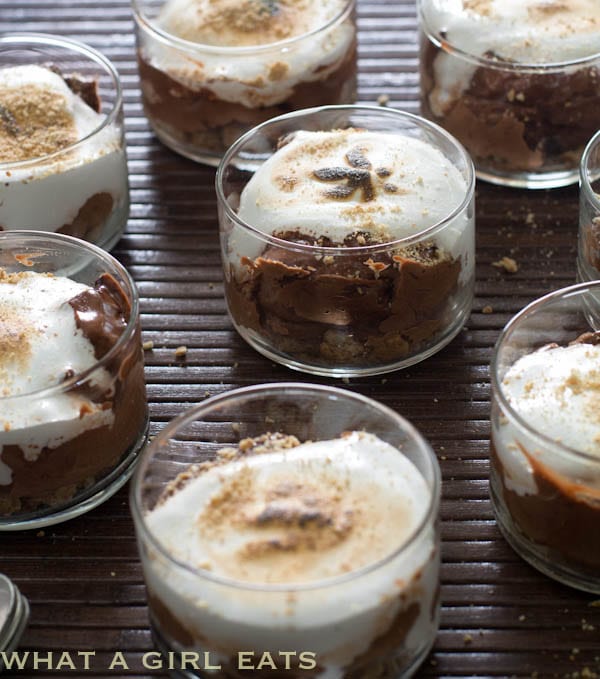 Whether you make them boozy or not, I hope you will enjoy the dark chocolate s’mores trifles. 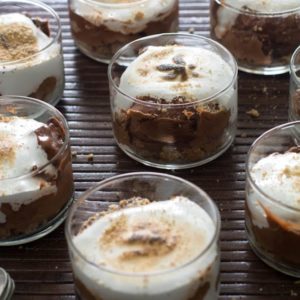 Cynthia
Dark chocolate chunk s'mores trifles with Kahlua, and marshmallow cream. If you don't have a small kitchen torch, they can easily be browned under the broiler. Watch carefully, and don't forget to use heat-proof or oven safe containers.
5 from 6 votes
Print Recipe Pin Recipe Rate this Recipe
Course Dessert
Cuisine American
Servings 10 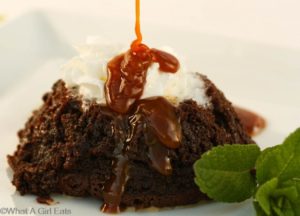 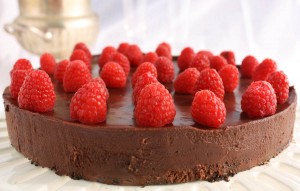 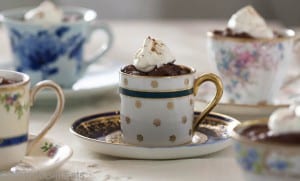