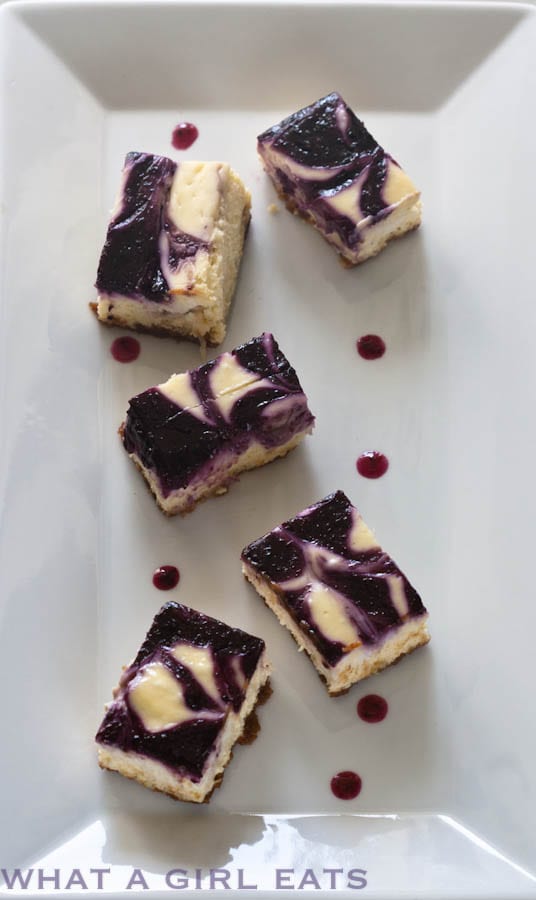 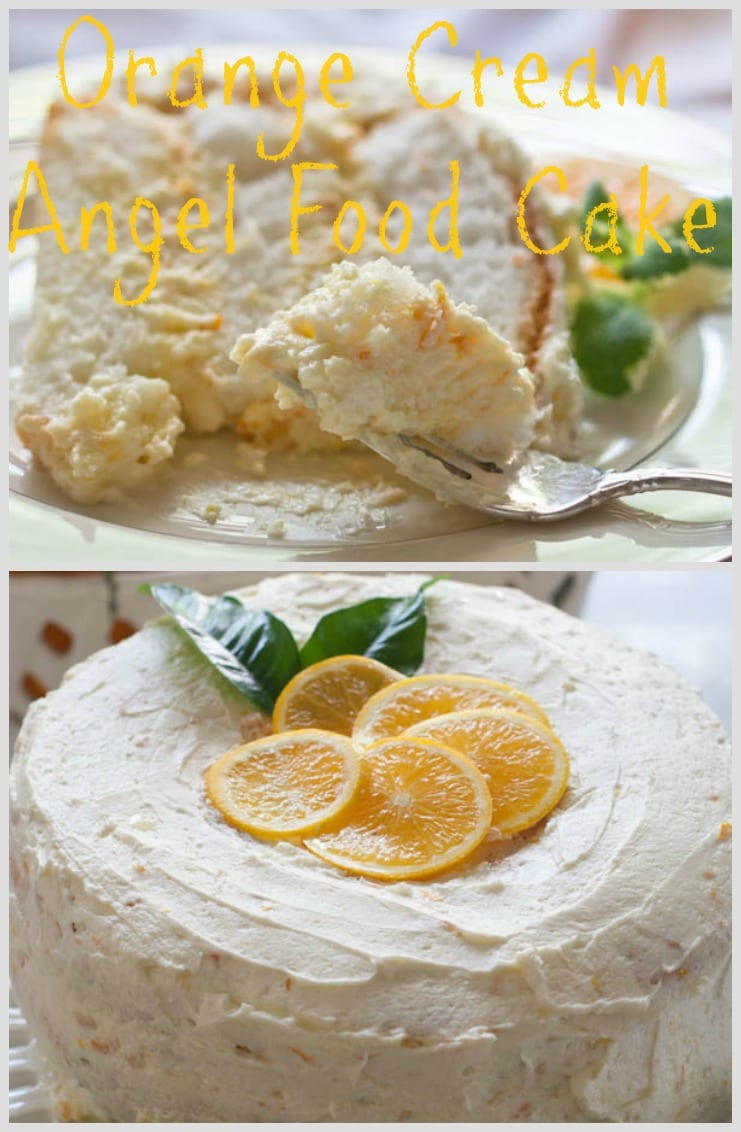 Orange cream angel food cake is a light, flavorful cake and perfect for a spring or summer dessert. With its refreshing citrus and vanilla flavors, this cake is reminiscent of a Creamsicle! 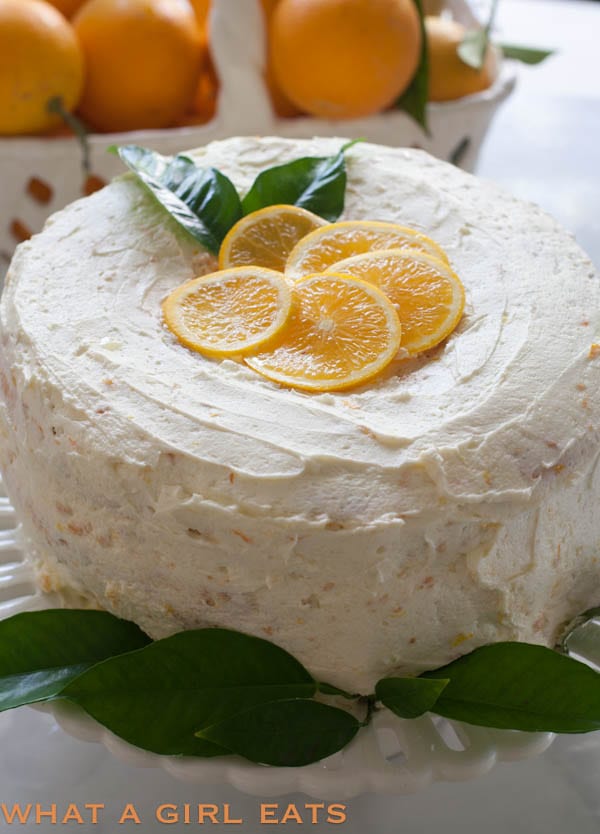 This Orange Cream Angel Food Cake was my dad’s favorite cake. Every year, mom would make it for his birthday, and after my parents got divorced, I’d make it for him. I hadn’t made it in years, but memories of how delicious it is have been filling my head with orange flavored dreams! A cloud of angel food cake, with layers of orange whipped cream, topped with orange buttercream. (This post was originally published on April 15th, 2014 and contains affiliate links) 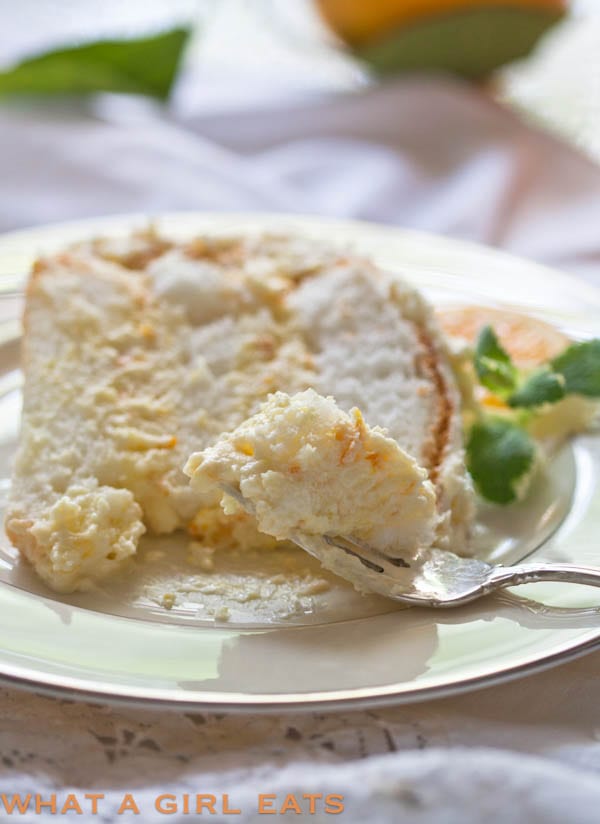 If you love orange, you’ll really going to love this cake! I thought it would be the perfect dessert for an Easter dinner. The recipe comes from her 1957 Ford Treasury of Favorite Recipes from Famous Eating Places Cookbook. 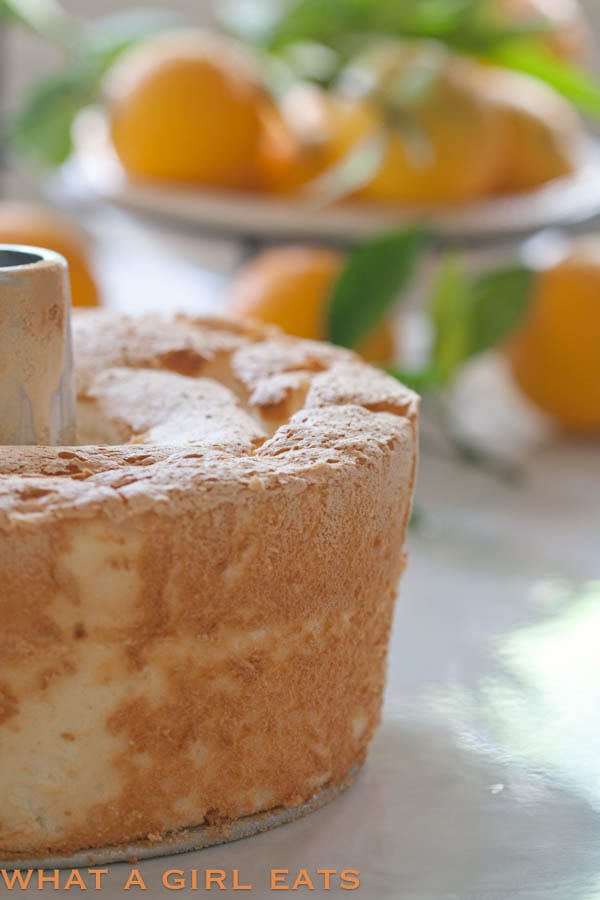 A 10 inch tube pan is a must for making an angel food cake.

The little cookbooks were given away by the Ford Motor Company, maybe as a promotion? It features recipes from restaurants all over the country. This recipe was from Port’s Tea Room & Coffee Shop in St. Paul, Minnesota.

Want to save time?

While I’ll be giving you a recipe for angel food cake, you could cheat and purchase a pre-made cake, (I won’t tell!) since the filling and frosting are what really make this cake fantastic!

Some of the items used in this post are available at my Amazon Affiliate Store at no additional cost to you. 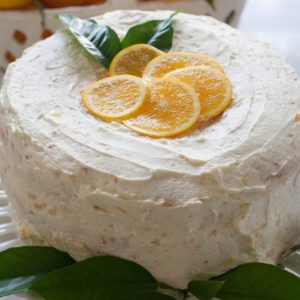 Here’s the orange cream filling recipe, my favorite part of the recipe. 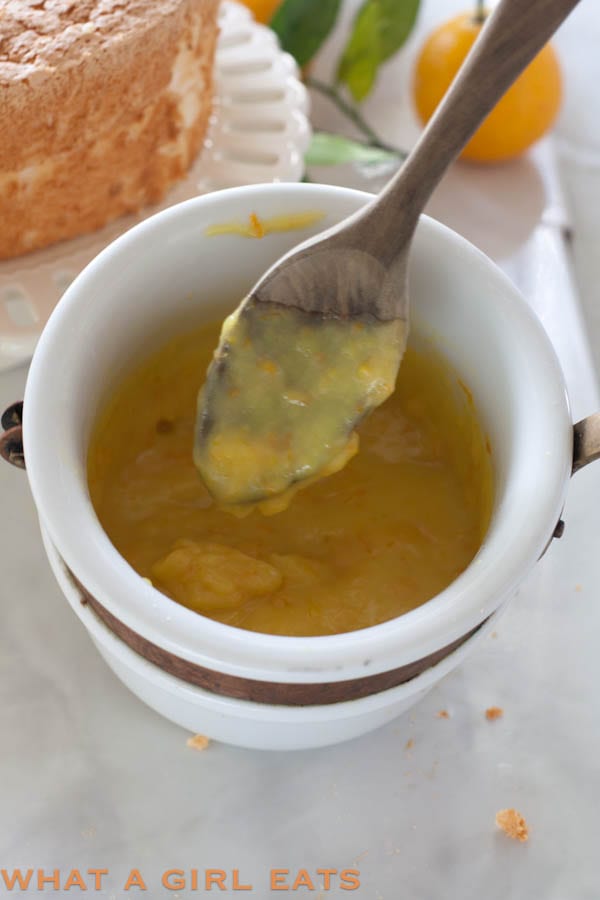 Carefully fold the orange curd into the whipped cream. 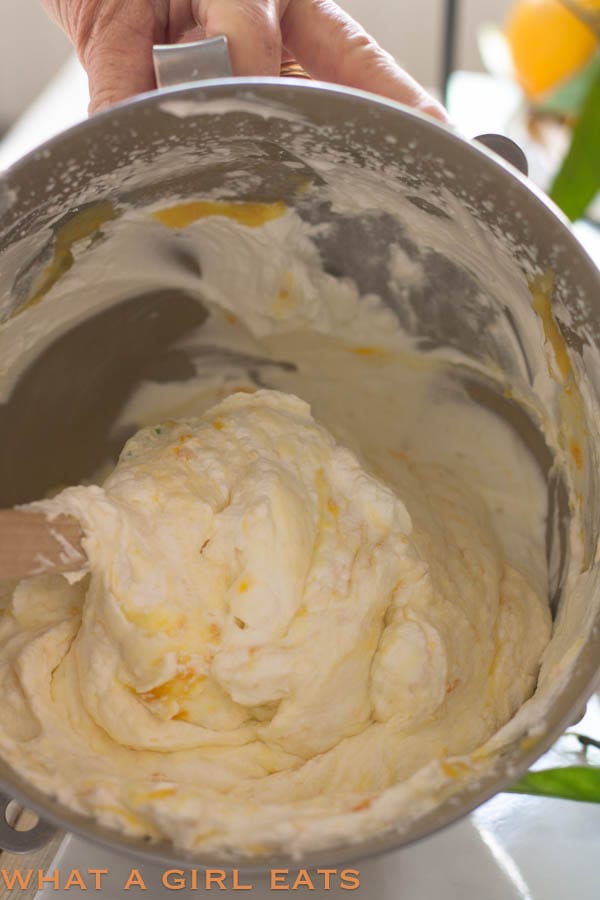 Cut the cake into thirds. 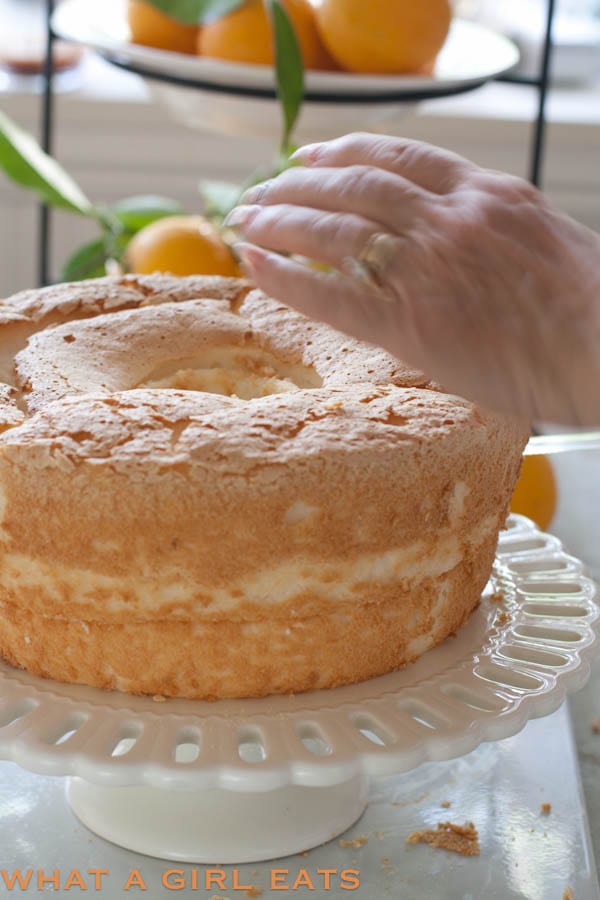 Mom cutting the cake into thirds.

Divide the filling between the layers. 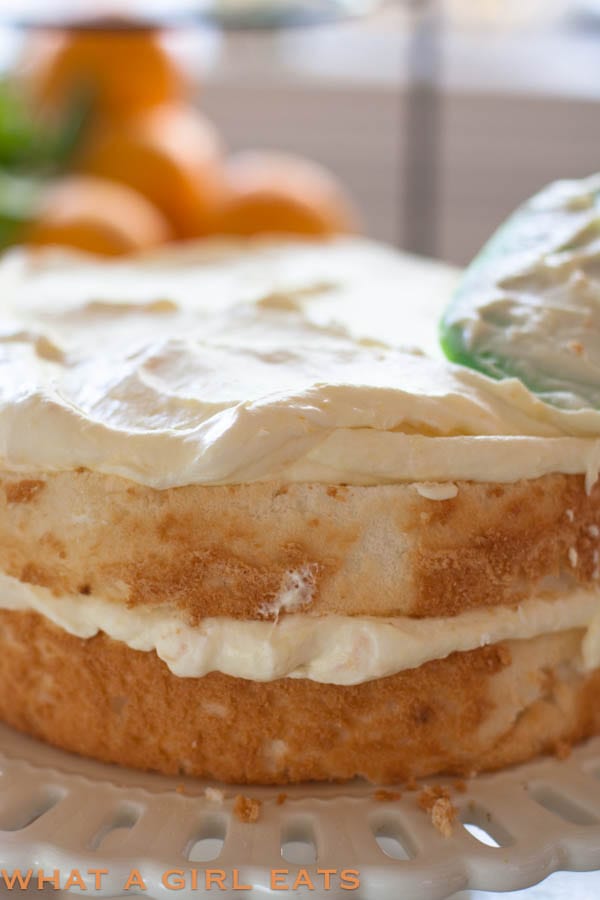 Fill the center hole with remaining orange cream. Smooth any filling around the cake. 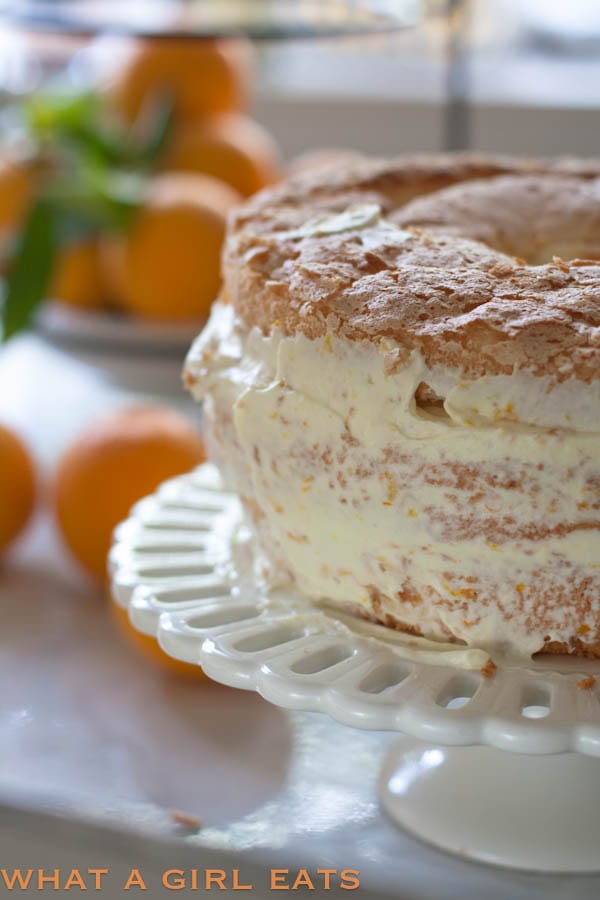 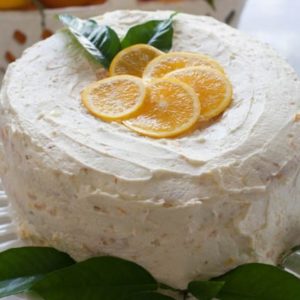 How about Lemon Bars