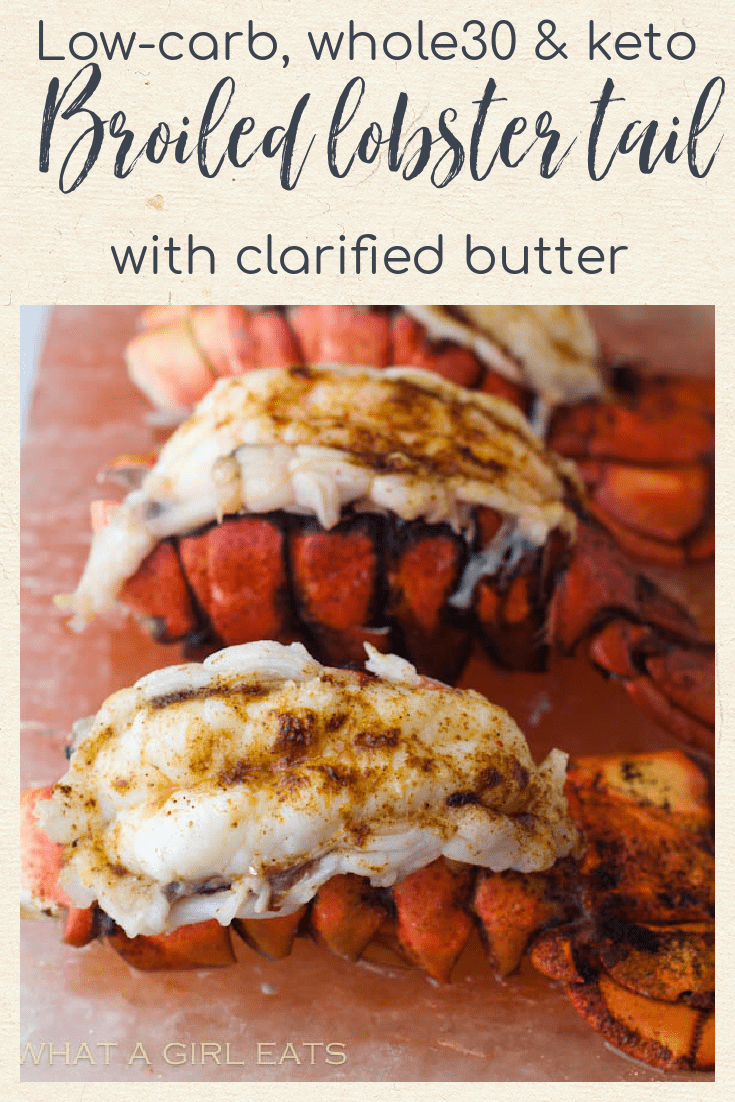 Broiled lobster tail is a decadent, impressive, but easy-to-make dinner. The preparation isn’t difficult, and this meal can be made at home for a fraction of the cost of eating out. 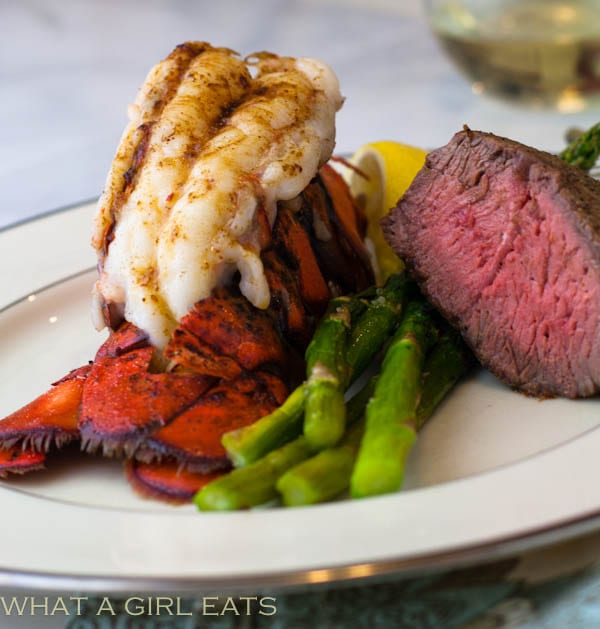 Broiled lobster tail is not a budget meal. Not even a once-a-week meal, at least for us.

We eat out about once a month, so I never feel guilty when I want to splurge on something like broiled lobster tail. I actually bought 3 for $15 the day before Valentine’s Day this year.

This is a special occasion meal…anniversary, birthday, graduation, promotion, Mother’s Day, Father’s Day. There are a lot of reasons to celebrate during the year!

(This was originally posted on February 19th, 2014, has been updated to contain nutritional information. As an Amazon Affiliate I earn commission on qualifying purchases.)

When you think about the cost in the grand scheme of things, a trip to a pretty basic chain restaurant can run you $70+ for a pretty run-of-the-mill meal for a family of four. Why not spend a third of that and get a really special meal every once in a while?

How to prepare broiled lobster tail.

This method is also called “butterflying”. This classic preparation uses the shell as a natural broiling rack. 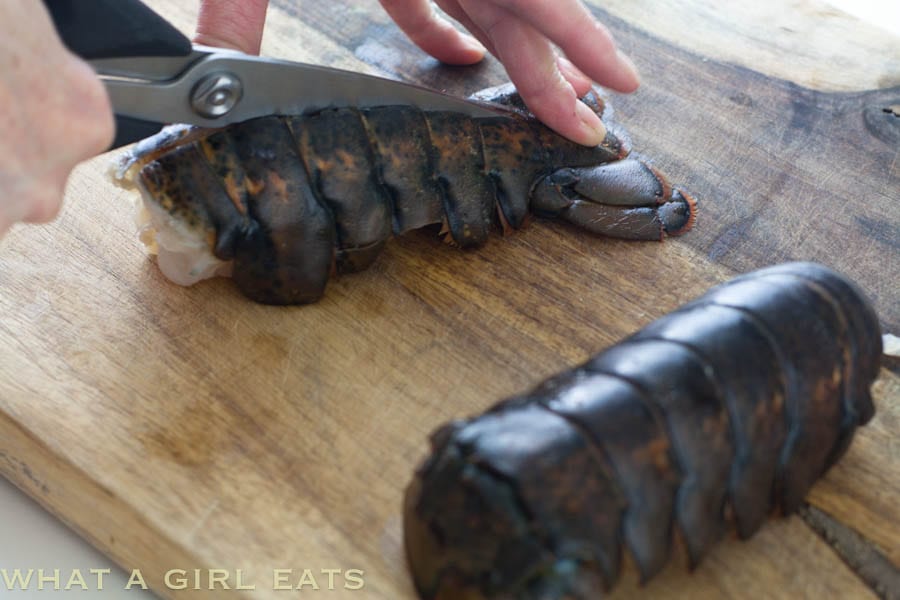 Cut the shell almost through to the tail with sharp cooking shears. 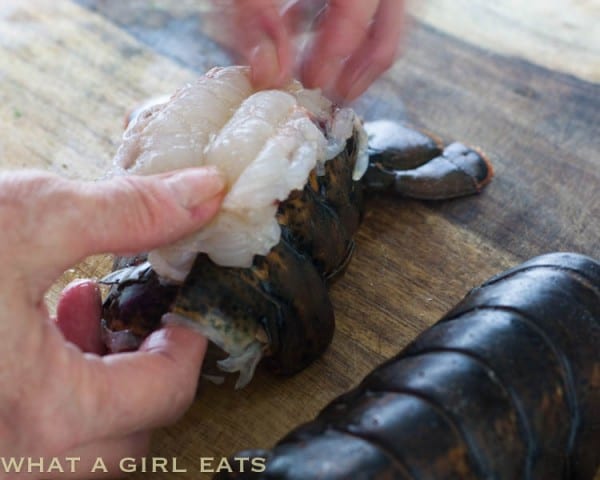 Lift the lobster meat out of the shell, keeping the bottom connected to the shell and rest it on back on the shell. 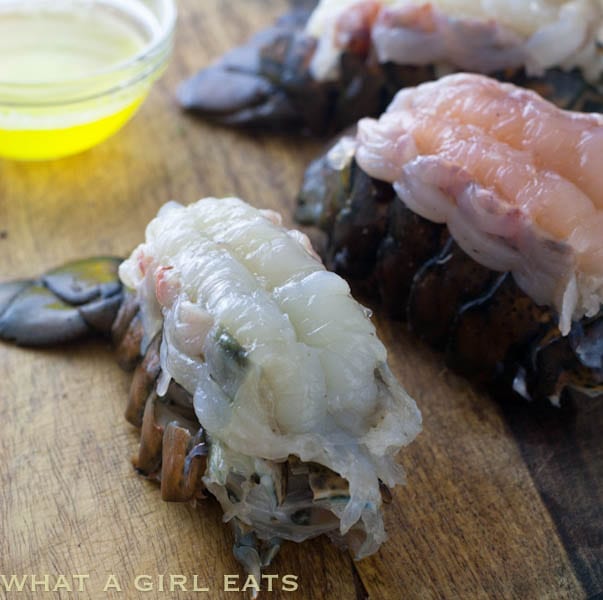 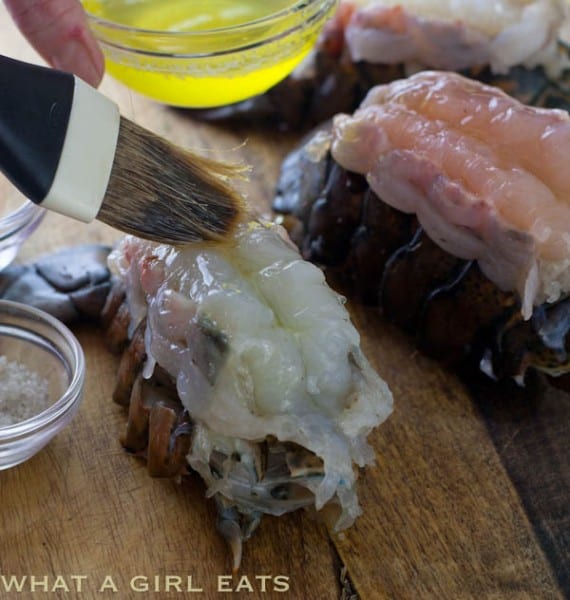 kosher salt, white pepper and paprika. I prefer to keep my seasonings simple, to let the flavor of the lobster shine through. 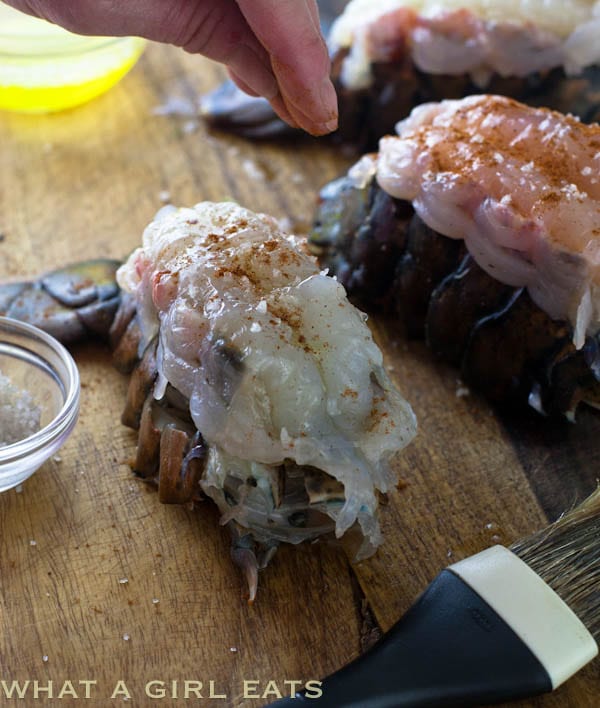 Preheat broiler. Place lobster tails on a baking sheet about two thirds down from heating element. Broil 7-10 minutes, or until meat is opaque and cooked through. 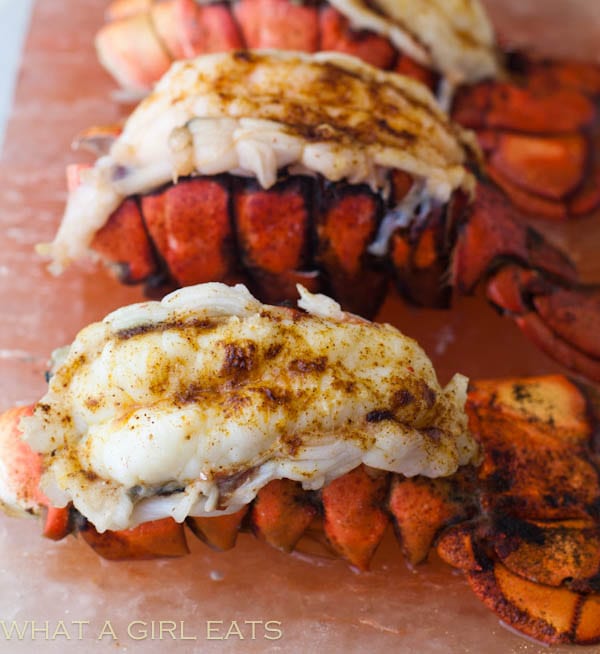 What do you serve with broiled lobster tail?

Rice and seafood is a classic combination. This Golden Rice Pilaf  is a family favorite. 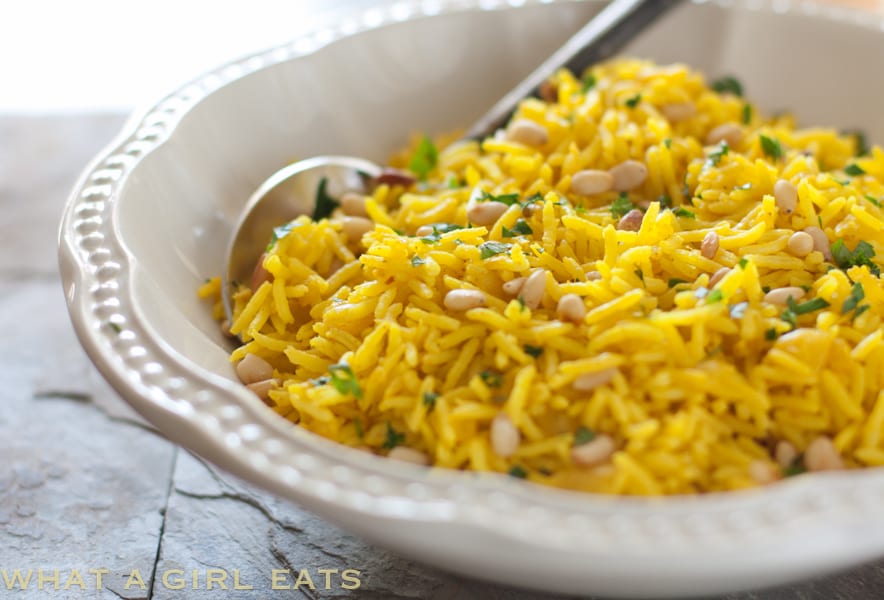 If you’re following a low-carb lifestyle, this recipe for Grilled Vegetables with Lemon-Thyme Butter makes great leftovers too. 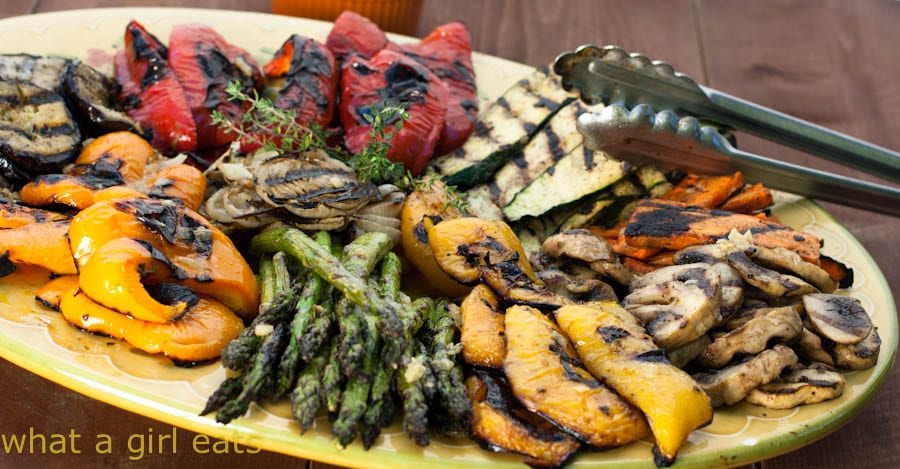 
Looking for another lobster dish? How about Dublin Lawyer? A creamy Irish preparation from Donal Skehan. 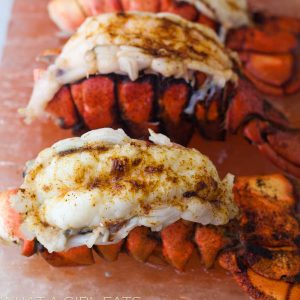