Gluten free fruitcake is perfect for people who cannot or do not want to eat wheat. 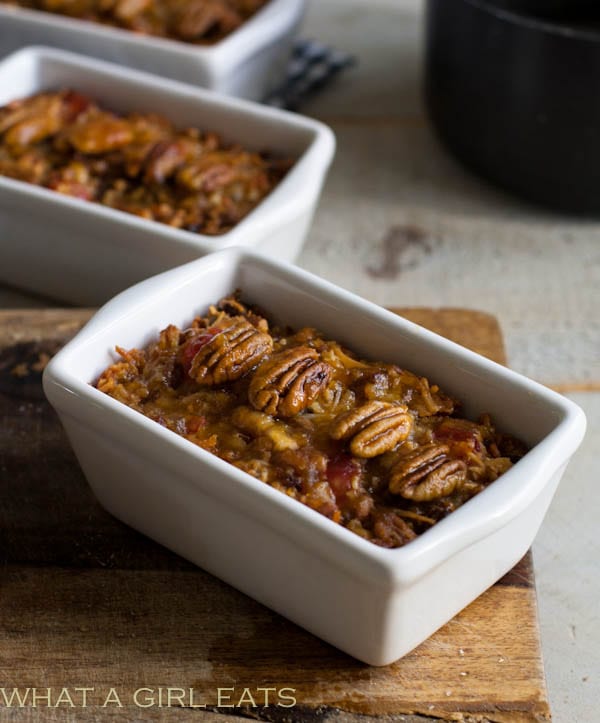 Unlike a traditional fruitcake recipe, this holiday cake is made without flour or alcohol.

In the discussion of fruitcake there is no Switzerland, opinions are decided and strong. Yet, every culture has some type of fruitcake, Germans have Stollen, the Italians have Panettone, but the British seem to have mastered the fruitcake as we know it. There’s even a Scottish Tea Bread.

However if you are expecting a “traditional fruitcake recipe, this gluten free fruitcake might not be for you. 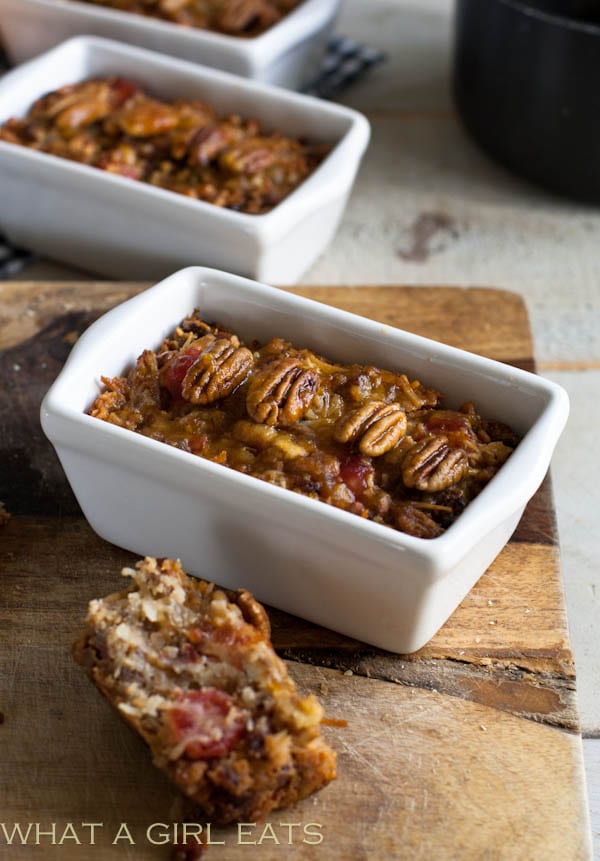 Christmas cake in Britain is fruitcake dressed up with marzipan, royal icing “snow” and holly leaves and berries. And no British wedding would be complete without an upper tier of fruitcake, made to be wrapped and bathed in brandy, and nibbled on each anniversary. In fact, a properly soused fruitcake has an indefinite lifespan, since the alcohol preserves it, thus feeding the annual fruitcake jokes that there is, but one fruitcake that travels the globe. 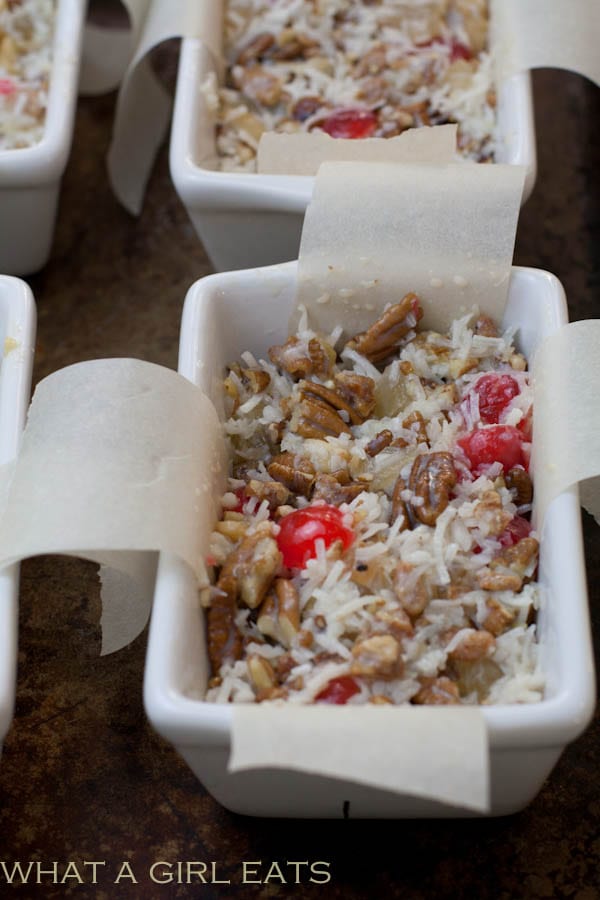 Using parchment makes it easy to remove the fruitcake after it’s cooked.

The main problem with fruitcake is that in order for it to properly mellow, it needs to be made well in advance. Usually by the time I start thinking about making it, it’s too late. While I was researching fruitcake recipes this year, I stumbled across a recipe for the “World’s Best Fruitcake” on food.com.

I like to read the reviews and see what kinds of tweaks and changes others have made. In the case of the “world’s best fruitcake“, I had to read every single review to find out what made this fruitcake rate four stars from every single one of the 10 people who reviewed it. Most surprising, is that since it has no flour in the recipe, it is naturally gluten free! I had to make it now. With lots of coconut, pecans and pineapple, it’s closer to candy than cake.

Since there is no alcohol in this gluten free fruitcake recipe, it won’t have the shelf life of a traditional fruitcake.

Some of the items used in this post are available at my Amazon Store at no additional cost to you.

Choose an interesting container for the fruitcake, which the recipient can keep! 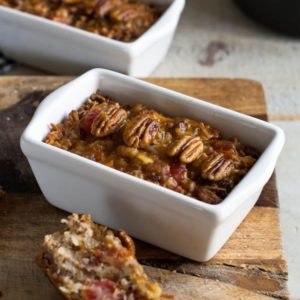 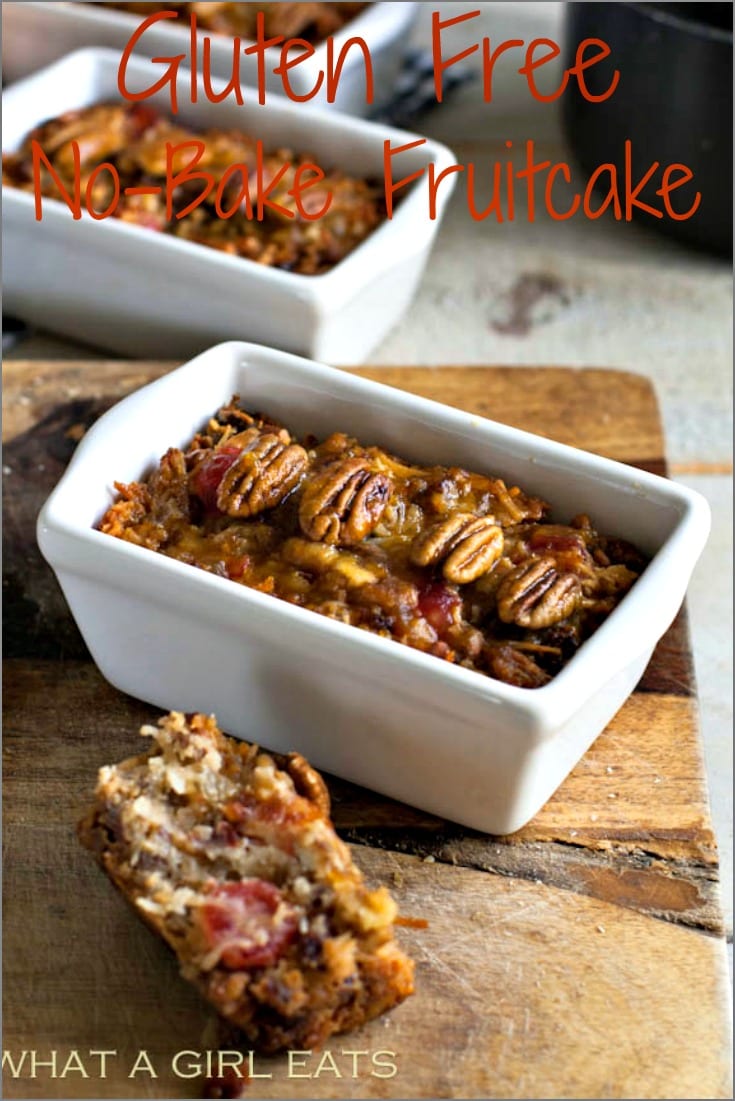