Roasted Banana Pudding Parfaits with layers of banana pudding, roasted bananas, and candied pecans. They are a rich, creamy, and delicious end to any meal! 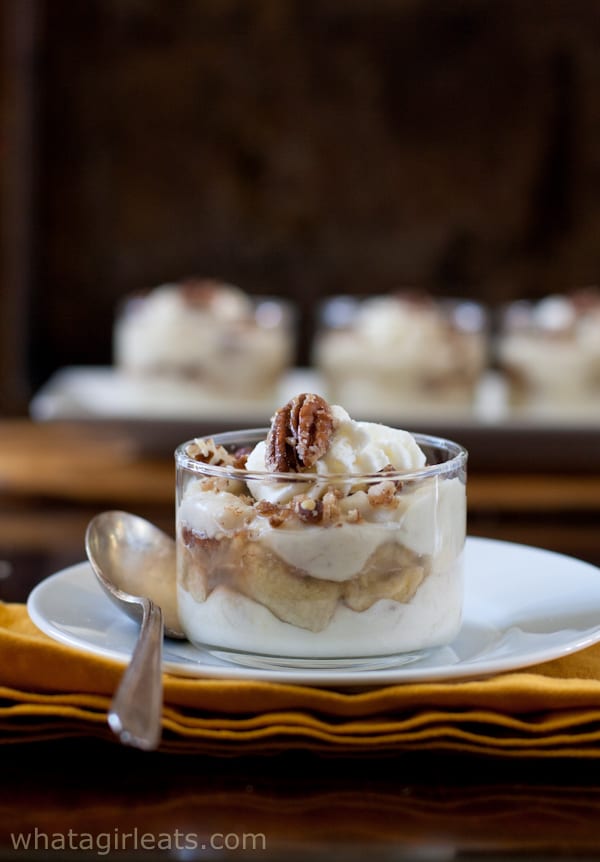 We always seem to have lots of bananas in various stages of ripeness. I like to pop half a banana in my morning smoothie, in yogurt, or even as a topping for ice cream, when I make Bananas Tropical with Toasted Coconut. 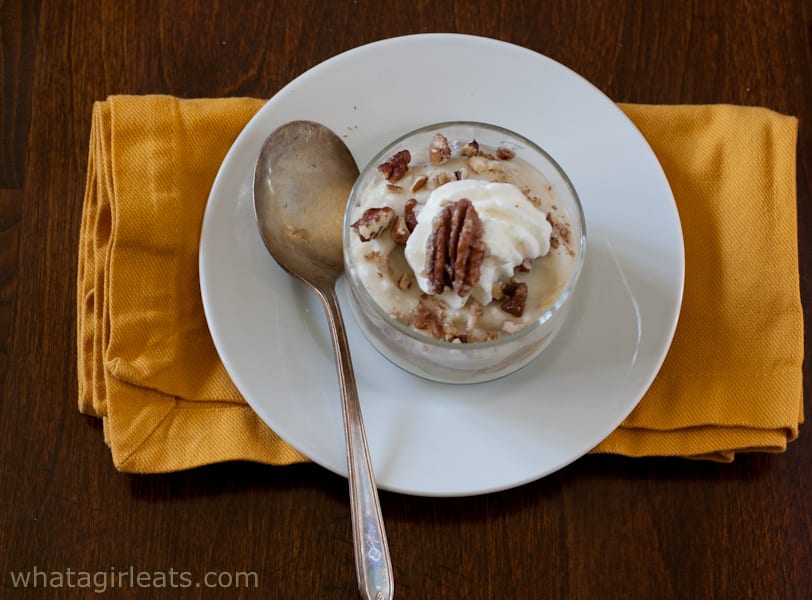 But this time, I purposely bought an entire “hand” of bananas just for this recipe. It’s another one that’s been burning a hole in my files, and I finally decided it would be a great autumn dessert. I don’t know why, there’s nothing particularly seasonal about bananas. But autumn just feels like comfort food weather, and this Roasted Banana Pudding sounded like the perfect comfort food dessert! 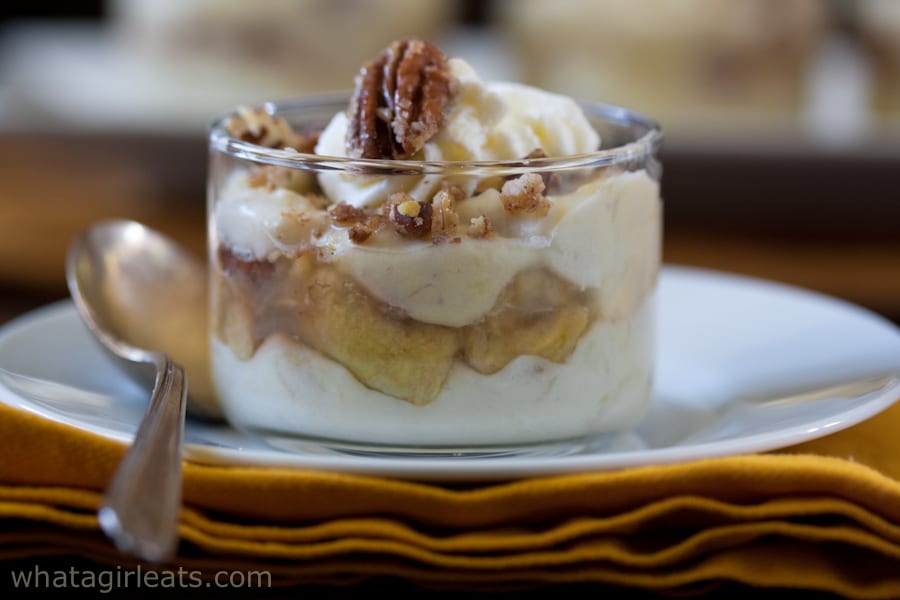 The original recipe comes from Cooking Light, about 5 years ago. As I was reviewing, I was a bit surprised at how dated the ingredients seems. Fat-free frozen whipped topping? I hope Cooking Light has made some changes in the last few years, because it’s hard to believe that a chemical-filled “whipped topping” would be preferable to real cream. Fortunately, the nutritional pendulum has finally swung back to center, and fats are no longer the foe they were in the 80s and 90s. (Thank goodness!) So while the original recipe called for fat free topping and reduced fat milk, I adapted it, and used real cream and whole milk. In order to keep it gluten free, I omitted the vanilla wafers, (it’s so rich, you’ll never miss them) and used candied pecans. Since roasting brings out the intense flavor in the bananas, the whole recipe only uses 2/3 of a cup of sugar for 10 servings. The smaller portions were just the right amount for my family!

These Roasted Banana Pudding Parfaits are creamy and rich with bits of roasted banana and candied pecans in every bite! 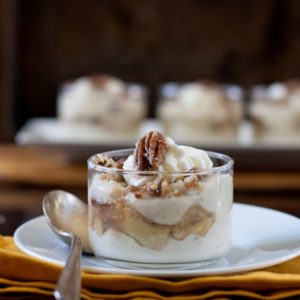 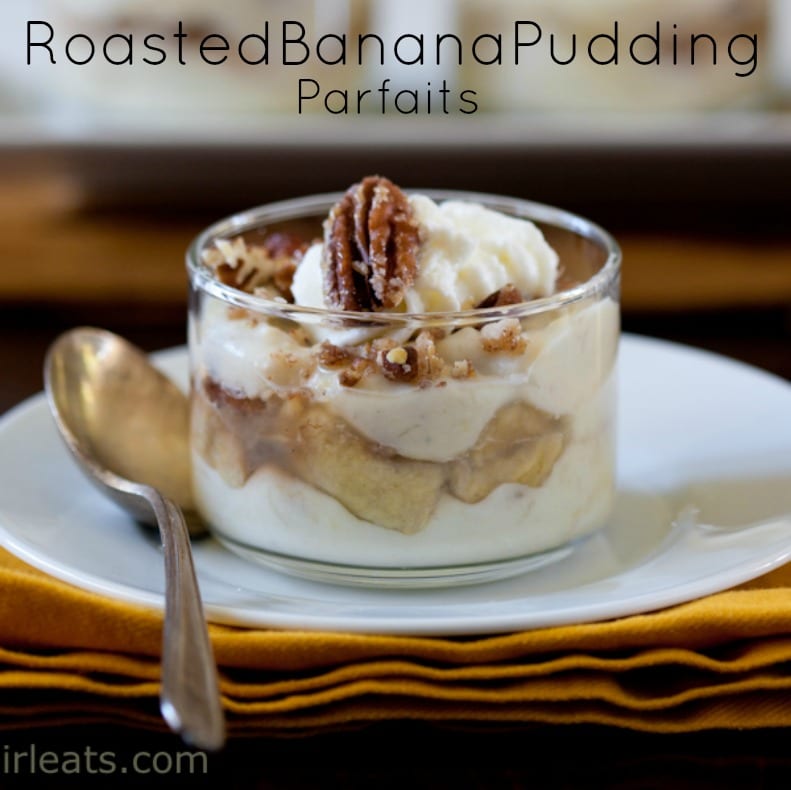