You’ve probably heard me talk about my real-life friend, Christina, if you follow me on Facebook. Christina and I met at a blogger’s conference about 5 years ago, and when we realized that we lived less than 15 miles apart, and that we both had pretty similar views about food, we became fast friends. 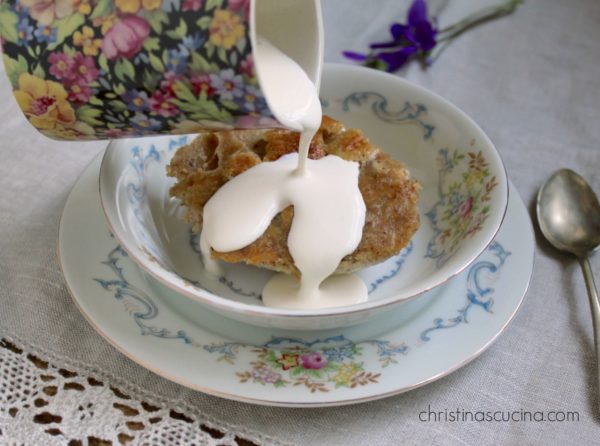 Christina was born in Scotland to Italian parents, and I lived in London when I was in my twenties. We’re both serious tea drinkers and have bonded over a few English teas here in Los Angeles. The only way she and I are different, is that Christina has a serious sweet tooth, whereas I lean more towards savory. When she asked me what I’d like her to post on my website, I asked for something sweet, because I realized that I really don’t have enough sweets here! You can follow Christina on Facebook or find her website, Christina’s Cucina here. And now I’ll turn you over to Christina. 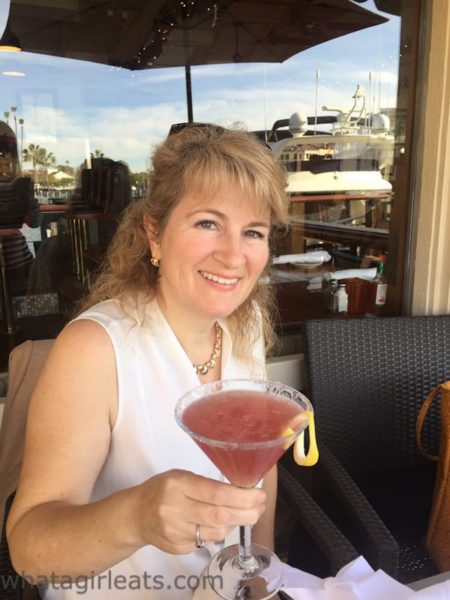 You probably know that Cynthia is more of a “savory girl” when it comes to choosing between say, cheese and chocolate. I definitely have more of a sweet tooth, so I just had to make a dessert recipe to add to Cynthia’s site. When we decided to do a guest post on each others’ pages, Cynthia shared a savory Blue Cheese Roasted Pecan Dip, which would be a wonderful addition to anything from picnics and barbecues to Oscar night parties! 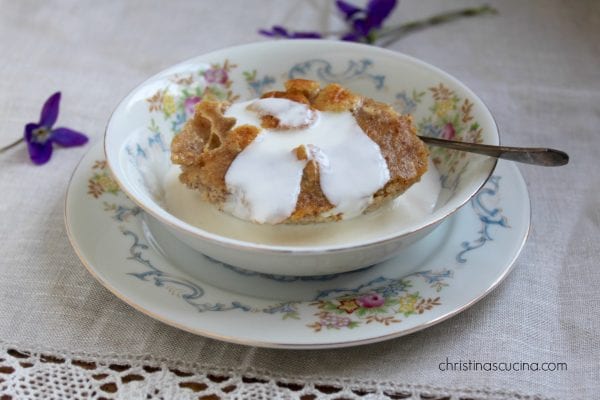 Cynthia and I have a lot of “Britishness” in common, and she loves almonds, so it was pretty easy to choose this Ipswich Almond Pudding recipe from an old British recipe collection. How do I know it’s old? The cover says, “Traditional Ways to a Man’s Heart”. Well, suffice it to say that I think women would love this dessert, too! (By the way, this is only called a “pudding” in the British sense of the term, as in, “dessert”.) 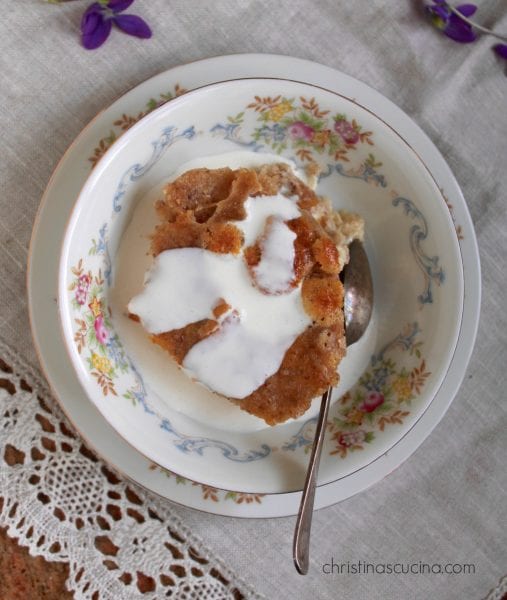 The original recipe calls for orange flower water or rose water (I used rose water), but if you have neither I think it would be fine to use your choice of vanilla or almond extract. Ipswich Almond Pudding seems to be a cross between a Bakewell Tart (without the crust) and Bread and Butter Pudding. If you like almonds, this will be a treat, especially served with lashings of cream (that’s a British saying meaning lots of cream)! Looking for more British and English dishes? Follow Cynthia’s Pinterest Board, “E” is for English and British Dishes!

I hope you give this simple, authentically British recipe for Ipswich Pudding a try and let Cynthia and me know what you think in the comments below. Enjoy! 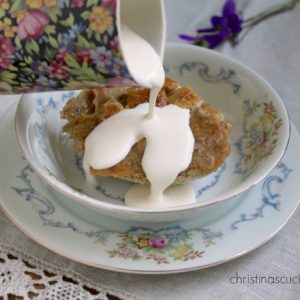 Ipswich Pudding; a traditional British Dessert with Almonds and Cream.