A quick Korean marinade can tenderize and amplify the flavor of beef, pork, chicken, and many other proteins. This easy marinade recipe is sure to become a favorite. 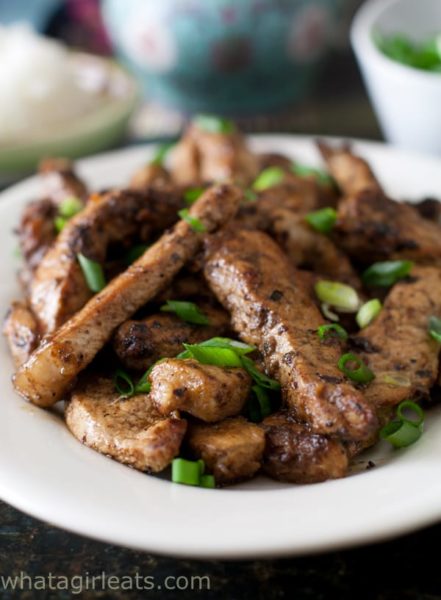 I don’t usually plan on posting two Asian dishes in a row, but this recipe for quick Korean marinade appeared in November’s Bon Appetit, and I couldn’t resist!

When I’m pressed for time during the week, I’m drawn towards a recipe that I can make in under 30 minutes. While this isn’t exactly a 30 minute dish, the short-list of ingredients, minimal prep work, and tasty results, make it a sure winner for a busy weeknight. Prep the marinade in the morning and let the meat marinate during the day. When you start cooking, dinner will be ready in under 20 minutes!

For a low carb dinner, skip the rice and steam an extra vegetable. 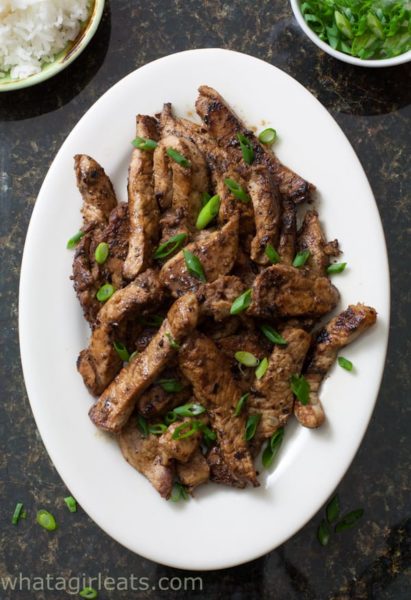 Sometimes I’ll pick up some pre-marinated Korean beef for a quick meal, but at 8-10 dollars a pound, that’s more of a luxury meal. I adapted this quick Korean marinade recipe slightly, to make it more “pantry friendly”.

The recipe calls for a “quarter of a pear”, but I substituted a couple of tablespoons of unsweetened applesauce, for a similar taste and texture. I used thinly sliced pork loin, but beef or chicken would work just as well. 30 minutes of marinating gives you just enough time to steam some rice, and prepare a salad or a vegetable. The thinly sliced meat cooks in just about 5 minutes.